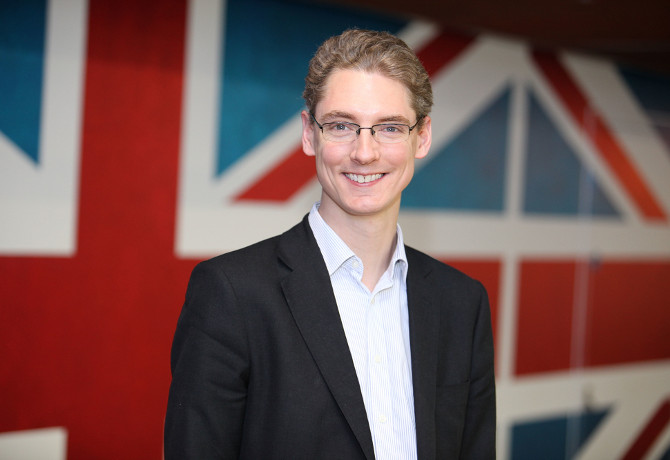 M&M Global: What are you looking forward to at Cannes this year?

Black: “Have you heard about the 360 sub-sea selfie? It’s top of the list for me. We’re offering it from the pier next to the YouTube beach and it will be amazing. The lightning talks on the YouTube Beach are always excellent – this year we’ll hear from Mondelez’s B. Bonin Bough talking about unskippable advertising or hear top creatives talking about data and the creative process. There’s more info here.”

What do you think we be the biggest topics of debate on the Croisette?

“It’s a golden age for marketing and creativity. So I the intersection of technology, data and creativity will be a key topic. Every year, creatives have more tools, formats and platforms at their fingertips. And marketers have more ways to reach consumers at the moments that matter than ever before. One billion people every month now spend time on YouTube, an amazing creative canvas. So then it’s about how you use that data, how do you bring your ideas to life on key platforms, and how do you deliver the right reach, impact and results for your campaign.

“Finally, VR will stir up a fair bit of discussion this year. Only last year, Google Cardboard won a Mobile Cannes Lions Grand Prix and we already see it used in so many creative campaigns. We’ll debate what this means for storytelling, when and why we should embrace the medium, and what skills creatives need to make the best of it.”

Has VR and 360 video reached a tipping point in terms of brand usage yet?

“The possibilities that VR creates are truly endless, and we’re really just getting started in terms of what the technology can do, let alone how brands might hope to harness. It’s exciting to think that we’re at the dawn of a new era in brand communication. At Cannes we should get a chance to get a glimpse of that.

“There are more and more brands experimenting with new experiences, but we’ve barely begun to see what these new technologies will herald. These are really exciting examples of brands testing the water, but the tipping point will really come when more consumers have VR devices, and we’re seeing rapid change on that front.

“At Google alone we’ve shipped over five million Google Cardboard units. What’s amazing with VR and 360 video is that what used to be an experience limited to the few, is beginning to become available to anyone, anywhere, at any time, especially through platforms like YouTube.”

How are brands using it well, and what should they avoid?

“There have been some amazing examples – Volvo used VR video and Google Cardboard to give people a ‘virtual test drive’, McDonald’s in Sweden just launched a promotion to let children turn the packaging from their Happy Meal into a VR headset.

“But brands should think carefully about providing an experience that really makes the most of the medium, and offers something totally new. They need to ask themselves – what is it that I am trying to convey and why VR is the best medium for that? Samsung used the Samsung Gear to film people ‘Speed flying’ down a mountain in full 360 – the effect is incredibly exhilarating but it also made sense as they were promoting a VR product.

“Also, 360 completely changes storytelling and how narratives are structured – so there are a lot of new do’s and dont’s. An important ‘don’t’ is do not cause bad experiences, the way you move a camera can easily cause motion sickness especially in VR. So, it is always wise to build in a load more time for user-testing when launching a VR project.”

How far do you expect the situation to have changed in 12 months’ time?

“Technological change spreads rapidly these days, and I don’t expect VR to be any different. Just in the last three months, the number of 360 video uploads on YouTube has increased by 50%.

“Experience your favourite concerts, the best museums in the world, or your dream vacation as if you were there”

“So next year, I’d expect to be looking at a world of video revolutionised by VR and 360 video. And I expect YouTube to be at the forefront of that. At YouTube, we made a big, early bet on 360-degree and 3D video and now we are leading new immersive experiences, with 360 and VR videos and the upcoming VR app.

“YouTube has the largest content library of video playable within a VR headset – so you can experience your favourite concerts, the best museums in the world, or your dream vacation as if you were there. And we’ll continue to focus on developing cutting edge technology and creating immersive experiences to delight our users.”