In the first of a two-part interview, Dr Mir Damoon Mir, the founder and creative director of Tehran-based agency Zigma8, offers insights into how brands should go about connecting with consumers in Iran. 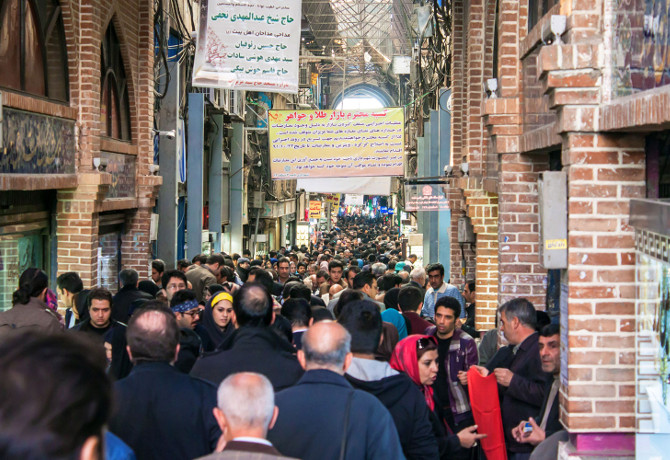 What are the key trends that advertisers should know about the Iranian market?

“The first and most important thing to bear in mind when advertising and branding in Iran is that you are communicating with one of the most diverse audiences in the world.

“This is a vast community from the north of Iran to the south, and from east to west, with an unsaturated market in the big cities. The biggest example of this is in Tehran, the capital, with a population of 12.5 million, which is one third more than New York. Did you know that Tehran is the largest city in Iran, the second largest city in Western Asia, and the third largest in the Middle East? It’s a large, multicultural community with a wide range of diversity.

“In the middle of Tehran, for example, at any given time you can hear at least five different languages. This diversity applies to not just the workers commuting to big cities to find a job, but also to top-level government managers and decision-makers as well. This is the demography of Tehran after the Revolution. Iran has a population of 80 million, but it is a very diverse 80 million.

“The community is very sophisticated about brands. Iranian consumers have a definite sense of style, and they like to show off”

“Even though the purchasing power of the majority of people decreased in the eight years of the Mahmoud Ahmadinejad regime, this is still a demanding society when it comes to luxury brands and quality products and services. Many luxury malls have opened in Tehran and other Iranian cities in recent years, and most of them are fully packed on weekends.

“People enjoy shopping and having dinner or lunch in restaurants and fast food places. They love to dress up and go out to malls, to see and be seen, and even if they’re not shopping, they’re at least window-shopping. More than fifteen large shopping malls are under construction just in Tehran, and many more in other parts of the country.

“I know lots of teenagers who work full-time for $400 per month, but when you look at their wardrobe, each item costs $150 or more, and it is all major brands. The community is very sophisticated about brands. Iranian consumers have a definite sense of style, and they like to show off. You can’t ignore this fact if you want to run a successful advertising or branding campaign in Iran.”

Which brands are most active in Iran at the moment, and which are the strongest local brands?

“Let’s answer this question with some examples. In 2010/2011, the home appliance market in Iran had about 400 active brands. Not too long after that, 100 foreign brands left the market. They were knocked out because of the rising rate of the dollar. Some major brands like AEG and Zanussi did not have official representatives, and they were being distributed by trading companies. At the same time, major trading or distribution companies decided to create and distribute new brands, creating lots of new brands like Hardstone and Deca.

“Most of the major Iranian local brands started joining international brands, which were not affected by the sanctions and produced low or middle quality products.

“Other brands which didn’t leave the market found strategies to move forward, aligned with the policy of the government. An example of this is Samsung, which started to produce products inside Iran. This allowed it to not only keep its share of the market, but grow it.

“The rate of the dollar was unstable at this time, and this caused some companies to panic and stop selling in Iran. Some major national organisations with a lot of funds started to import products, using their power and authority. In time, the market that used to belong to Japanese and German brands became filled with fake Chinese brands.

“It was a difficult time for advertising companies, although the new brands, with their large advertising budgets, forced the traditional brands to increase their budgets so as not to lose brand awareness.”

What is the local media landscape like, and what are the key media channels?

“The first was the financial situation of the government, which forced the national channels which were not private to postpone most of the big productions, and survive by producing low budget programmes. Another reason was that governmental rules and regulations about reflecting family values and an Islamic lifestyle made it difficult for artists and filmmakers to make popular films, since they had to use so many clichés.

“This meant that many of them were unable to produce for IRIB anymore. Media investors outside of Iran took this opportunity to start running lots of satellite channels with bigger budgets and fewer limitations on the content of the programs. By doing this, they gained audience share, and sped up the failure of the national TV network. The national network is now coming back with new strategies and policies to recapture its lost audience.

“Another factor in the local media landscape is digital media. Digital media is relatively new in Iran, and the rate of growth is amazing.”

Do you sense that international brands are becoming more interested in Iran, following the recent political developments?

“Indeed they are. In the last six months international brands from Canada, Germany, Australia, and Russia have asked Zigma8 for a consultation about branding and advertising. With all of them the main shareholder, key decision maker, or at the very least a major consultant, were Iranian. Iranians who were living outside of Iran for more than 30 years, but who are still familiar with the market, are the first outsiders to invest in Iran – for sure, the early birds get more than latecomers.”

Are there opportunities for new brands to enter the Iranian market?

“Many Iranians paid more than the official price to buy a brand, but they didn’t get even the authentic one”

“Iranian consumers were used to buying national brands in different categories, and the main challenge for them was the existence of copycat products in the market, which resulted in expensive and unstable prices, along with the need to spot fake products (which is not easy).

“What happened is that many Iranians paid more than the official price to buy a brand, but they didn’t get even the authentic one, and on top of that there was no customer service.”

How would you advise companies to approach the challenge of reaching and engaging Iranian consumers?

“It’s not a tough challenge on the consumer side. It just involves getting into the market and dealing with the governmental rules and regulations. That is going to get much easier, in light of recent political decisions.

“My only advice is not to underestimate the market. For example, I worked with a Chinese brand called OPPLE lighting. They really underestimated Iran’s market and all their data about the consumers was wrong. I was amazed they were planning to sell a C-level of products in Iran instead of an A-level, where the competition would be less.”

Part two of the interview, to be published next week, Dr Mir Damoon Mir addresses the challenges of working with local agencies in Iran.