An analysis of almost 300 media agency compliance audits in 2015 has claimed that many advertisers do not have a signed contract in place with their media agency. 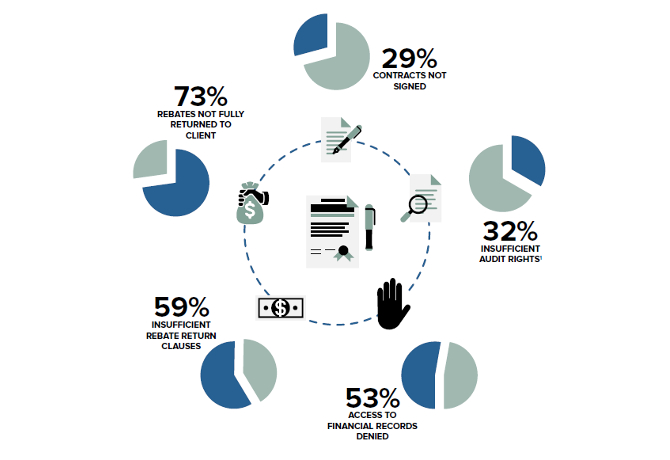 Even where a contract is in place, the survey – completed by Ebiquity’s FirmDecisions across Western Europe, the US and the UAE – suggests the majority of advertisers have insufficient protections even where contracts are in place, and lack full control over how their media budgets are spent.

According to the analysis, 29% of advertisers do not have a signed contract with media agencies, while, of those that do, 32% have insufficient audit rights, meaning they cannot verify that their agencies bought inventory as they report they did.

Other contractual shortcomings highlighted by the report include that, in 53% of cases, some form of access to relevant financial records was restricted to agencies, often resulting in advertisers being unable to view details of transactions.

Also, in 59% of audits, insufficient or incomplete clauses were found in contracts leading to bonuses and rebates not being returned to clients in 73% of cases. In 74% of audits analysed, the agency disputed the auditors’ interpretation of what constitutes a rebate, which can lead to friction between parties.

“We’ve known for a long time that advertisers rarely have contracts which have kept pace with the changes in the media market, leading to advertisers potentially missing out on substantial value which is not captured by these contracts,” said FirmDecisions chief executive Stephen Broderick.

“Our message to advertisers is simple: have a contract with full audit rights over media agency activity, and full transparency, and make sure you have access to records and data, which are yours and not the agency’s.

“Advertisers need to protect their interests and guarantee transparency of their investment, which often runs to millions and sometimes billions of pounds, Euros and dollars.”