American swimmers dominated Twitter buzz during the recent Rio 2016 Games, with Michael Phelps in the top 10 most mentioned accounts, according to a study by Kantar Media. 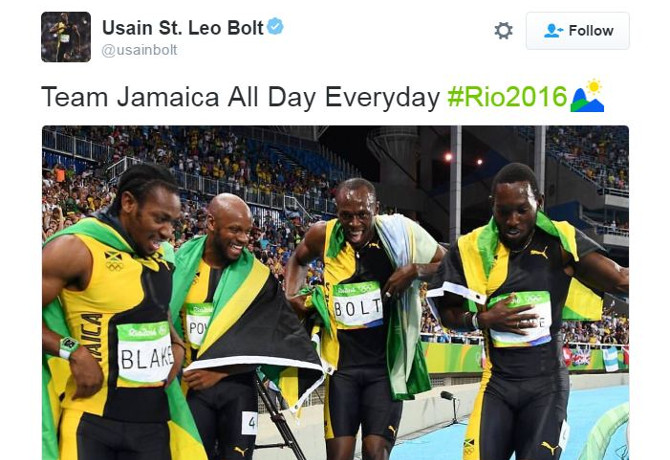 The survey, which was conducted across the UK, Brazil, Spain, Philippines and Turkey between 9 and 15 August, measured the number of tweets sent, whether they included the name of a sport or a sport hashtag.

Of the countries surveyed, Brazil by far had the greatest engagement with nearly a million tweets sent about volleyball alone in the region.

Key emotions across all countries were laughs, joy, expectation and criticism – but admiration was the most popular.

Athletes were shown to support fellow competitors in a range of sports, with basketball player Jose Puertas, cyclist Chris Hoy and racing driver Felipe Massa being some of the biggest influencers.

Unsurprisingly, the biggest peaks in all five markets came when their own nation’s athletes won a medal, with the exception of Usain Bolt’s winning performance in the 100m and when Michael Phelps claimed his 22nd gold in the 200m individual medley. These events took the top two spots in the Philippines.

“The beauty of global sporting events like the Olympics is their capacity to inspire significant levels of engagement across demographic and geographical divides, and this data from our Kantar Twitter TV Tool shows just how much audiences around the world have got behind their respective teams,” commented Kantar Media managing director of sports intelligence Nathalie Zimmerman-Nénon.

“The cross-platform engagement of fans during the Games should be a lesson for brands as they plan communications campaigns around sporting events. Not only does it demonstrate the huge power of other platforms to complement and amplify sports sponsorship and broadcast campaigns, but it shows the power of brands incorporating a real time element as one part of a holistic strategy, to reflect the specific highs and lows within a live game.”

The Rio 2016 Olympics Opening Ceremony was the most tweeted-about broadcast across the markets surveyed, with a greater percentage of positive tweets than negative in all markets.