Give an example of how you have used new technology in your role.

For the Shell V Power Diesel partnership with The Telegraph, we produced a 360-degree video with former Stig, Ben Collins, driving around a racetrack. On desktop, people can drag the video around to get the full experience of being in the car. On mobile, this is even more impressive, where users simply move their phone around to adjust the viewpoint.

What drives you to succeed in media?

As well as being commercially minded, I am a naturally creative person, and working in media, and particularly partnerships, enables me to execute some of the most innovative projects for amazing global brands. Ultimately I want to ensure that myself and my team are delivering the best service and value, whether this is helping Sony Mobile launch its new smartphone, or promoting the groundbreaking work that GSK is doing with Save The Children in Africa and developing the Malaria vaccine.

Why are you one of the industry’s hottest young talents? 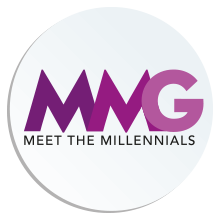 After working on several media agency roles across international planning, buying and activation, I joined MediaCom at the beginning of 2014 to focus solely on content partnerships. In under two years I have significantly expanded my team and led content projects that have resulted in a Cannes Lion win and the Best Partnership Campaign of 2015 at the Global M&M awards. This has also led to significant revenue increases and new business for MediaCom.