Anarchy is loosed upon the world, and brands must make a stand | M&M Global
Blogs
8th February 2017 by M&M Global Contributor

In a post-Brexit and post-Trump world, brands can no longer sit on the fence, argues Chris Clarke, chief creative officer, international at DigitasLBi. 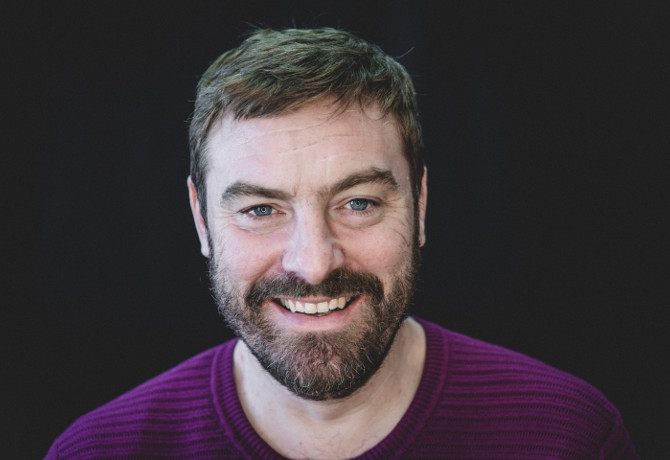 Things fall apart; the centre cannot hold;
Mere anarchy is loosed upon the world,
The blood-dimmed tide is loosed, and everywhere
The ceremony of innocence is drowned;
The best lack all conviction, while the worst
Are full of passionate intensity.

So wrote William Butler Yeats in the aftermath of the Russian revolution. And for most of my life, it’s felt that this is just the way it is. But there are signs afoot that the best are gaining conviction. I guess there’s nothing like a fascist in the White House to galvanise people.

For most of my career advertising has been considered morally neutral and big brands have largely avoided politics. All this is changing. Our world is in the grip of three accelerating phenomena; climate change, globalisation and technology. Change is happening at such an accelerated rate that even intelligent people struggle to understand what’s happening around them.

With algorithms increasingly curating on our behalf, a highly tailored, and epically unchallenging diet of dopamine-accelerating fodder, we are unable distinguish between easy lies and difficult truths. And so, some pretty dark forces have taken hold and the nastier side of the human character is in the ascendancy just at a time when our survival as a species depends on empathy and collaboration.

As a Brit, I am ashamed to be from a country where the two biggest newspapers The Sun and The Daily Mail have been accused by the UN of spreading hate speech.

But I’m proud to come from the same country as Richard Wilson, who just as the big Christmas ads were breaking last year, began to call brands on the disconnect between their cosy values and the bile spilling out on the pages both analogue and digital that their advertising funds. Lego responded swiftly pulling out of The Daily Mail.

Stop Funding Hate came as a wake-up call to the industry. We are not morally neutral and in a connected world, the adverting we make and the money that sits behind it must have a moral purpose.

Since Christmas things have only got crazier and it’s been fascinating to see brands being prepared to take a position. Uber got a justified slap in the only place it hurts most (the P&L) when thousands of people began deleting their accounts in protest at the app’s support for Trump. It has since backed down. The moral conviction of most people evaporates in the face of a heavily subsidised cab fare, so Uber may well recover having learned a lesson about consumer activism.

I would urge everyone in the business of advertising to do what they can to encourage clients to take a position on what it is that their ad dollars are creating.

“Is it OK for Google to be entirely agnostic about where it puts ads for major global companies?”

Google and Facebook are fantastic companies doing amazing things, but they have been way too slow to recognise the unintended consequences of their disruption of the media landscape.

Facebook has pledged to tackle fake news, and is reluctantly admitting that if they are the source of 80% of the world’s media, then maybe they aren’t an agnostic “platform” but rather a powerful editor of opinion. It’s important for Facebook to recognise that, like Spiderman, with great power comes great responsibility.

None of the brilliant people I know who work there will be too pleased that Cambridge Analytica, a data business with a right-wing agenda, used free personality tests run on its users to build a psychological profile of every voter in the US and help make the nightmare unfolding in America happen.

Similarly, is it OK for Google to be entirely agnostic about where it puts ads for major global companies? Is it OK for those companies to turn a blind eye to the content on the pages their hard-built brands appear on?

Connected citizens of the world

In the wake of Trump’s travel ban, many global brands with an eye on the connected citizens of the world (or citizens of nowhere, as British prime minister Theresa May shamefully described them) they count as their customers have stood up to be counted. Uber got it wrong and appears to have repented; Airbnb and Starbucks appeared to act from genuine conviction.

When we all experience media from inside a filter bubble, we will increasingly want brands which are authentic to our values. The time to sit on the fence is over. As Stop Funding Hate builds momentum, perhaps it’s time for brands to help the big platforms reconfigure the internet to make it harder for dark forces to manipulate the distracted and confused digital masses?

Trump will try to impose tariffs which may hurt global brands, but he won’t stop the tide of globalisation. Perhaps a hidden positive in the Trump phenomenon, might be that global companies which have been disproportionate beneficiaries of these huge changes will not only stand up for those changes, but take time out to understand why those that were left behind are so angry.

And that perhaps is the next step. During this year’s Super Bowl, global brands made an active stand against Trump’s travel ban and attitude to immigrants. Perhaps the next step is for big companies to work at healing the divisions that have taken society to this terrible brink.