AOL’s presence in the mobile world has increased exponentially over the last year thanks to a series of forward-looking business moves. 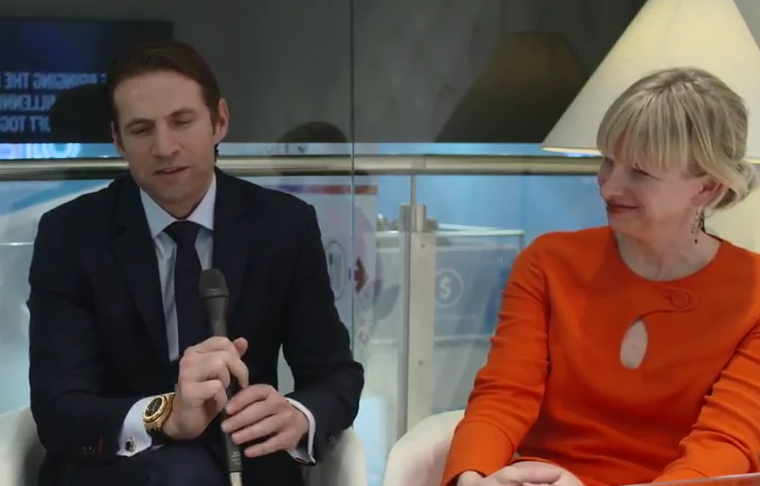 This transition was first notable when, in May 2015, US telecoms giant Verizon acquired the company for $4.4bn.

In August Microsoft shifted its global display ad business to AOL and, in September, the form paid $238m for Millennial Media, adding it to its suite of publisher offerings and further strengthening its mobile capabilities.

On the acquisition of Millennial Media…

Maymann: “That has really opened up for us the mobile space in a new way. They obviously have several thousand apps, they have a lot of third party publishers – it’s a new space for us to play in and they always play in this space so for us it’s kind of like opening up, not a new world because from a consumer content perspective, seventy percent of all our consumption is via mobile devices, so it’s kind of coming together in a very interesting way.”

Maymann: “I think you really have to put yourself in the consumer’s place and that obviously means that suddenly means that you are tasked with writing or creating content for a smaller screen.

“We have a lot of editorial and journalistic people on our staff and one of the things we are challenging them with is writing for the mobile first. We’re now a mobile first company in the sense that we now have 70% of our audience coming via mobile devices, so that should be the starting point.

“It’s much easier to go from a smaller screen to a bigger screen, a tablet, a desktop or even a TV because if you have to start on a desktop and squeeze it down in to mobile, it actually creates experiences that are less engaging and not necessarily created for what the mobile is good for.

“The mobile is such a powerful device, there are obviously location-based things that you can do with it, so that also allows us to project relevant content at the right point in time.”

Maymann: “In general I think, as an industry, we have a job in front of us. If people don’t want to consumer content if there is ads on it we have to improve the ad experiences and I think that’s something we’re tasked with as an industry.

“I think if you look at mobile, we need to innovate around the formats we put on the mobile because it is a smaller screen. I think video advertising done the right way on the mobile can be quite powerful. When it’s done right and people activate it, it takes over the whole screen whereas when you see video advertising on the desktop, it actually takes on a small segment of your screen.”

Kline: “I think you’ve seen us make some pretty bold moves around our brand infrastructure for some time. One by AOL on the platform side of our business has really emerged as the parent brand for both advertisers and publishers representing our stack.

“We’ll continue to look at our brand, both at the corporate level but also at the product level, as we begin to represent something very different from what we did at one point in time.”

Kline: “I think last year at this time we were scratching the surface and operating really well in the UK and Australia and little in Japan and some scatter in other markets – the footprint we have today is so materially different to where we were, even just a year ago.”

Maymann: “Across mobile and all devices, I think what’s very interesting that’s happening now is virtual reality and augmented reality. I think it will change, the way we think about what it is today, and I don’t even think there’s a lot of people that can imagine what it will be. Reimagining what we think reality is today and using those devices, I think is going to be interesting.

“We obviously need to see that these devices are getting user adoption in the sense that we need the devices to get out to the users. We are testing things because it’s still early days and there are a lot of devices out there that will change the world in ways we can’t imagine sitting here at this point in time.”

Kline: “It doesn’t feel as sexy on the show floor as VR or IoT or any of those things, content and video creation, I think we’re going to have this wave of design for mobile and creator communities. It’s a very different experience, it’s a very different medium, but it’s opening up an amount of time to be able to put content in front of consumers that has never been imagined before. ”