Publishers have experienced a strange contradiction since the rise of digital advertising: over the past several years, many built up huge global reach, sometimes even greater than their local audience. But accompanying it was a pretty glaring weakness: little or no capacity to monetise those overseas users.

With agencies focussed mainly on their home turf, those foreign IPs tended to be marked ‘remnant’ by default, trading for digital pennies instead of pounds – if indeed they were traded at all.

This only started to change with the emergence of real-time bidding (RTB) around 2010. RTB left the ad network model that preceded it in its wake, offering greater transparency, controls and yields.

It also had the effect of opening up publishers’ eyes to monetising their inventory in new ways. For the first time, they could visualise reports on thousands of advertisers bidding on their inventory across the world.

While regional CPMs and advertisers naturally varied a great deal, the real-time bidding protocol was effectively turning publishers’ sites and mobile apps into a lead gen tool – and forward-thinking publishers like the Guardian even used the data as a business case for opening new offices in the US and Australia.

Next we saw private marketplaces emerge in late 2012 – 1:1 orders agreed between individual buyers and sellers, and executed through the same technology that delivers real-time bidding. From this point on, automated advertising carried on up the sales funnel with the emergence of audience-based private marketplaces, as sellers packaged data with inventory for even higher yields.

Following on from this, automated guaranteed is the next step in the evolution of automated advertising. What this means is that technology now allows buyers and sellers to strike deals on a guaranteed basis – at a specific, agreed volume over a given period of time. The promise here is not just making traditionally sold deals far more efficient, but also bringing data to play within these deals for the first time, just as we’ve seen with non-guaranteed private marketplaces.

Through platforms like our own, whether guaranteed or not, these packages can be segmented by geography, and put at the fingertips of buyers across the globe in just a few minutes.

And this brings us neatly to global exchanges. We’ve seen a flurry of them announced, not least from News Corp, Viacom and Turner, as well as Future.

Commentators have pitted global exchanges as prising back control from third parties, consolidating sales offerings, or even as evidence of publishers putting the destinies of their businesses back into their own hands.

All of these may be true. But first and foremost global exchanges are surely about making digital advertising deliver on its original promise: to maximise revenues for premium publishers, regardless of their audience’s location.

Co-ops to the fore

Much the same could be said for the publisher co-operative phenomenon, which has spread worldwide since the first, La Place Media, launched in the French market in September 2012.

After seeing similar initiatives launch on our platform in other markets, including Denmark, Czech Republic, Greece and Italy in the interim, the latest addition is the Pangaea alliance, bringing together the combined might of the Guardian, CNN, the FT, Reuters and the Economist.

Ostensibly co-ops exist for premium sellers to pool inventory and data in order to compete more effectively with digital giants like Google and Facebook. And Pangaea is perhaps the first to launch with a specific focus around monetising a truly global audience.

With 20% of its worldwide audience falling into the C-Suite/senior management bracket, Pangaea in fact pits itself as ‘the perfect solution for pan-regional campaigns’.

Just as all the major co-operatives have invested in dedicated, expert staff, it’s a good reminder that global monetisation can’t be achieved by technology alone.

Especially the most exciting, premium placements, formats and targeting opportunities – often inventory that is largely only available through private marketplaces, guaranteed deals or through co-operatives.

It’s become almost a cliché to say, but automated advertising still requires people – and on this note we also expect publishers themselves to recruit more global sales staff and analysts.

In the buyer community, agency trading desks with a continent-wide focus are already well established – Vivaki EMEA and Amnet EMEA being two such examples. But who could say the same in the seller world?

Through automated advertising technology, it could just be we’re starting to see publishers’ weakness around global sales turn to strength. 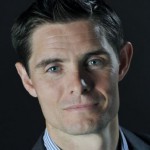