Booking.com has launched a film starring French footballing legend Thierry Henry as it plays on travellers’ strong passions when choosing a holiday destination. 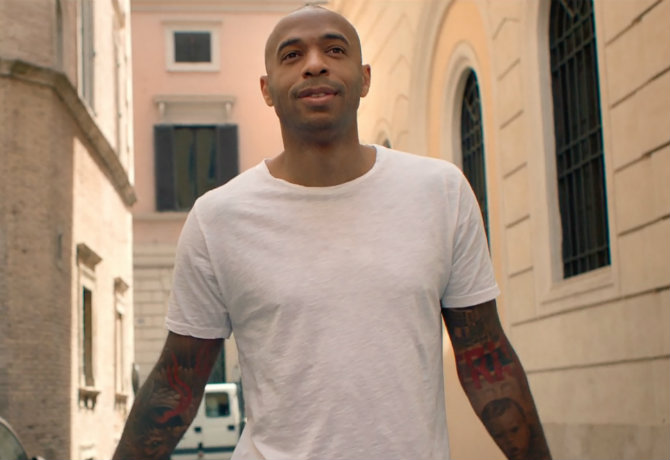 The film is shot in Rome and features the footballer speaking candidly about his career and what makes the city special for him.

In the spot Henry revisits the hotel room where he spent the night before winning the 2009 Champions League Final for Barcelona, which he describes as his “most rewarding night in football”.

AnalogFolk created the film as part of the travel accommodation firm’s ‘Booking Loves’ creative concept, which aims to inspire people no matter who they are or what they are interested in.

The campaign is rolling out across nine markets worldwide with an initial focus on Europe.

Booking.com signed up Henry as brand ambassador for this summer, which coincides with the European footballing championships in France.

Booking.com global digital brand director Ash Choudhury said: “This work provides a compelling insight into a side of Thierry that is rarely seen.

“At the heart of it we have a traveller following his passions with the help of Booking.com. The work perfectly represents our long-term digital content strategy; telling the stories of travellers with a passion to a global audience in a way that goes deeper than message-led advertising.”