The very notion cross-border marketing is under threat in 2017, argues Sanjay Nazerali, global chief strategy officer at Dentsu Aegis Network and a head judge of the World Media Awards. 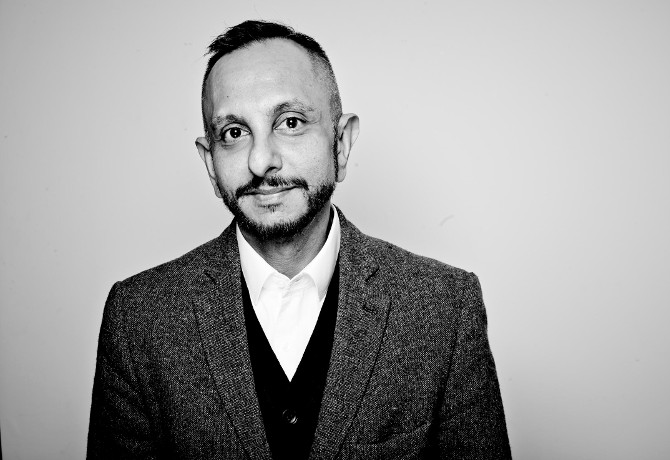 The past 12 months have been tough to take for those with a globalised, liberal view of the world – and have raised serious questions about the international media industry as we know it.

Will brand-owners continue to look to advertise with cross-border campaigns in an environment in which the UK is preparing to leave the European Union and the US is about to welcome a new president who has routinely disparaged international trade deals?

Sanjay Nazerali, the former MTV and BBC marketer now leading global strategy for Dentsu Aegis Network, warns that the international media industry faces a trio of threats: the rise of cultural nationalism; the clamour for ‘atomising’ data-driven marketing; and a dearth of truly premium, cross-border inventory.

In the year that Donald Trump surged into the White House on a promise of making America ‘great again’, it was apt that one of the US’ most famous FMCG exports Budweiser opted to rebrand to, quite simply, ‘America’.

It was symptomatic of a shift in the global marketing mood. Nazerali believes advertisers are being seduced into producing locally-relevant content that delivers short-term brand fame, with global client teams “emasculated” and reduced to devising little more than brand guideline books.

In comparison, he cites the long-term success ideas such as Procter & Gamble’s ‘Proud Sponsor of Moms’ campaign and Dove’s ‘Campaign for Real Beauty’, which speak to a wider “human truth”.

“When the economy starts to grow again, nationalism starts to seem small-minded and parochial”

“The rise of nationalism is creating much more national eco-systems in which people market. I wouldn’t be surprised if we start seeing a resurgence in national brands as part of this over the next couple of years,” says Nazerali, a head judge at this year’s World Media Awards.

Such an approach will almost certainly backfire, he adds: “We end up creating really beautiful, short-term, ephemeral brands that happen to speak to nationalism and then drop off the face of the earth.

“We also know that nationalism and nationalistic sentiment goes up and down almost in line with the global economy. When the economy starts to grow again, nationalism starts to seem small-minded and parochial. I think it’s a short-term view.”

The drive for personalisation in brand communications has also dented the notion that consumers can be reached en masse across international markets with cross-border content.

In the words of Nazerali, “everyone and their grandfather” is hankering after a sophisticated data strategy, but marketers risk prioritising individual identity over the collective mentality that many consumers feel for their family, friendship groups and even football teams.

“Data enables us increasingly to market directly. We can make it more personal than it has ever been before. The downside of it assumes that all of us just have individual identities, and that is not true,” he says.

“If you think about movements, whether it happens to be a trade union movement or environmental movement, people love group identity and to belong to each other. There are times when we are standing on terraces at football matches when, actually, we don’t want to be Sanjay or Alex – we want to be an Arsenal fan.

“Data marketing atomises the world in a way that makes it terribly lonely, and isn’t necessarily true to human beings.”

“But we all know that is quite short term – you can build sales tomorrow but they will fall away again and, unless you start building your brand, you are not going to build something that sustains over a longer period of time.

“A lot of marketers are being pressurised into delivering this bogeyman of ROI, rather than longer-term, profitable returns on marketing investment,” he says.

However, even those brands willing to commit to truly international media strategies find themselves faced with a severe shortage of premium inventory, argues Nazerali.

Beyond major set-piece, sponsorship-driven events such as the Olympic Games and FIFA World Cup, advertisers are finding themselves starved of global media properties through which to spread their messages.

Media owners are not necessarily to blame, he admits. The decentralisation of budgets has left some global clients without the financial clout to engage with cross-border properties. Nevertheless, citing Accenture research stating that a third of digital consumers would be willing to pay for online video services if more premium content was available, Nazerali insists there are opportunities for those brave enough to rethink their business models.

“We’re flooded with cat videos; we’re not flooded with Games of Thrones,” he says, adding that, at the moment, onlys “bonkers” organisations like the BBC – not answerable to advertisers – are bold enough devise global formats like Dancing with the Stars and Top Gear.

“If the HBOs of this world can reinvent their business models, then the future looks potentially very exciting”

“Whether it’s driving fast cars, the need for adrenaline or the smell of mum’s cooking – these are beautiful, universal things. There is a dearth of that inventory around the world,” he says.

“The massive opportunity of next year is people like Netflix testing content assets. Look at the commissioning from Amazon – yes, they are commissioning by data, but then they are allowing huge degrees of editorial freedom. That is what is really exciting me.”

Of course, the likes of Netflix are currently advertising-free, but Nazerali points out those OTT service providers may be less “averse” to the idea of brand-funded content.

“If the HBOs of this world can reinvent their business models that way, then I think the future looks potentially very exciting,” he says.