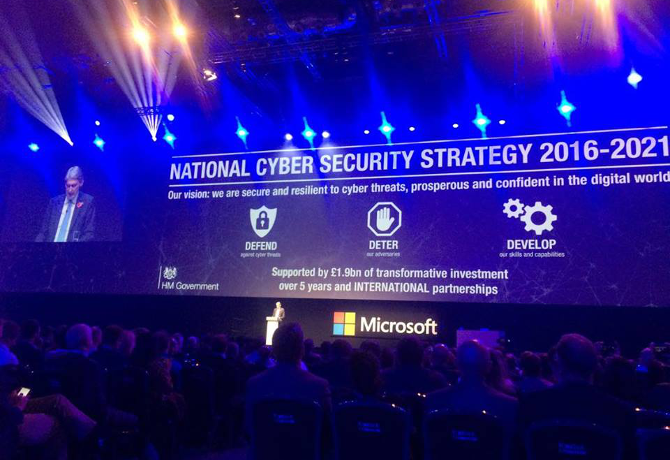 The chancellor discussed how the tech industry is the future of the British economy with the UK at the cutting edge of the digital revolution, despite human anxiety about technological change.

“As old jobs disappear, new previously unthought-of jobs open up,” he commented. “It’s about doing all we can to foster innovation because technology has the power to make everyone better off, lower costs, raise living standards and improve quality of life.”

Discussing advances like the sharing economy, increased remote working, autonomous vehicles, wearable tech and AI, Hammond expressed that change must be embraced not feared – and the Government aims to play a role in nurturing innovation.

Further to the UK’s major shift towards stem subjects in academia and a £220m ($269m) funding increase for tech innovation announced in October 2016, Hammond said it was crucial that Britain remained a safe place to do digital commerce with businesses and the government working together on a secure cyberspace.

In the UK, cyber threats are classified as top tier threats – on the same level as terrorism or international military conflict. In response, a dedicated committee was created to ensure Britain maintained a leading presence.

“We will continue to invest in our offensive cyber capabilities,” Hammond continued, saying the UK would strike back in kind if attacked.

“In cyberspace, those that want to harm us seem to think they can act scalabley and deniably,” he added. “Our responsibility is to show they can’t act with impunity”

Hammond also discussed how cyber security is being built into the education system, with young people being encouraged to pursue a career in the field.

“For the first time, the government will have a dedicated outward facing authority on cyber.”

However, Hammond said the government cannot be solely responsible for managing cyber risk, stating that chief executive officers and boards must recognise their responsibility to manage risks, just as they would any other threat, and incorporate the best security into products.

The announcement comes after MI5 boss Andrew Parker said in an interview with The Guardian that Russia is a growing threat to Britain’s security, partly because of its cybersecurity capabilities.

Hammond concluded that the strategy was “one more reason why the fourth industrial revolution should flourish in the home of the first”.