MailOnline, Daily Mail and Mail on Sunday chief marketing officer Roland Agambar has outlined how he learned to pull a print newspaper into the digital age. 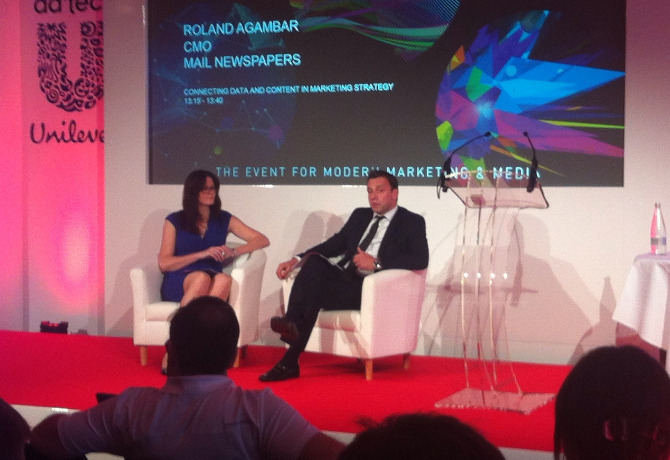 Speaking at this year’s Ad:Tech London event, Agambar said the problem he found was getting the Mail’s large-scale audience to engage, with more people currently spending money over the counter than on any other newspaper.

As soon as the ability was introduced for a one-to-one dialogue, it meant the Mail’s marketing spend could be reduced by £25m ($38m), according to Agambar.

Cultural change was important, he said. “For hundreds of years, the Mail has produced paper in the same way, printed it and distributed it,” he added, citing efficiency and the relationship between marketing and tech as driving this change.

“For the first time, business decisions were influenced by the consumer. In some way, the ability to talk directly to our consumer at scale meant it was the first time we were able to address our culture and strategy.”

Looking to the future, Agambar felt that with the technology channels that the company now has at its disposal, it could move that trust into engagement.

A future challenge that he predicted was to move the company’s product-focussed organisation in line with information, insight and data.