Ever wondered what broadcasters, publishers and advertisers get up to on their annual pilgrimage to the Swiss Alps? 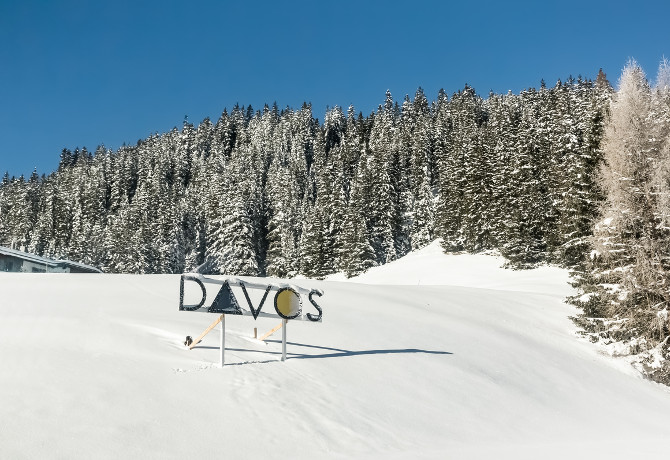 Each year, thousands of the world’s most powerful individuals swap the streets of London, Paris, New York and Beijing for the snow and ice of the Swiss mountains to attend the World Economic Forum.

With a population of only around 11,000 people, Davos claims to be the highest town in Europe – some 1,560m above sea level. It serves as a neat metaphor for the lofty ambitions of those attending, from politicians like Chinese president Xi Jinping and outgoing US vice president Joe Biden, to celebrities including Hollywood actor Matt Damon to Colombian singer Shakira.

In light of the rise of populism across the Western world, and the shock US presidential election result, the theme of the 2017 World Economic Forum is “responsive and responsible leadership”, and how to deal with the frustration of people feeling “left behind” by globalisation.

Given the prominence of attendees, Davos has become a major draw for brands. From 17 to 20 January, the town’s shops and restaurants will be taken over by companies offering everything from haircuts to whiskies, in the hope of securing a few precious minutes with decision makers. Facebook last year went as far as building its own two-storey temporary Davos headquarters.

B2B-focused media brands have spotted the opportunity and are dedicating ever-greater editorial resources, in the knowledge that advertisers are seeking ways to amplify their message – both to Davos attendees, and to the wider world.

We asked Bloomberg, CNBC, CNN, The Financial Times and Quartz for an insight into what we can expect over the coming week.

Why does Davos matter to media?

Any media company claiming to reach a C-suite, influential business audience – or even high net-worth individuals, for that matter – will be keeping close tabs on Davos for its viewers and readers. This, subsequently, opens up valuable opportunities on the commercial front.

“Our readers are global business professionals, so the happenings at Davos every year are of deep interest to them—it’s the premier gathering of the world’s political and business leadership,” says Quartz co-president and editor-in-chief Kevin Delaney.

Jay Lauf, Quartz’s co-president and publisher, adds that advertisers in fields such as technology, automotive and finance “have a role to play” in conversations at Davos and are intent upon finding a “platform” for their own thought leadership during the event.

“Next week will see more than 2,500 business leaders and 40 heads of state head to the Swiss Alps to discuss big themes, from the future of the economy to global political uncertainty. They’ll be joined by the world’s biggest brands as they help shape the business and political agenda for the next 12 months,” says Raven.

Bloomberg has been broadcasting from Davos for over 15 years, with coverage now across TV, print, radio and online, and the demands of bringing live coverage from a remote mountain resort should not be underestimated.

“To give you an idea of the scale of the operation, we haul more than 12 tonnes of IT and broadcast equipment up the mountain. That includes several kilometres of cable, more than 100 screens, 50 PCs and eight server racks, all packed up in 74 flight cases, shipped from our Zurich and London warehouses,” says Vik Degtar, head of EMEA sales at Bloomberg Media.

James Hunt, vice president, Create, at CNN international Commercial, adds: “Business news and analysis is central to CNN’s DNA and is one of the main reasons that audiences turn to us. It’s absolutely vital that we provide coverage of Davos both in terms of business news and in the context of wider geo-political landscape rather than granular market data.” 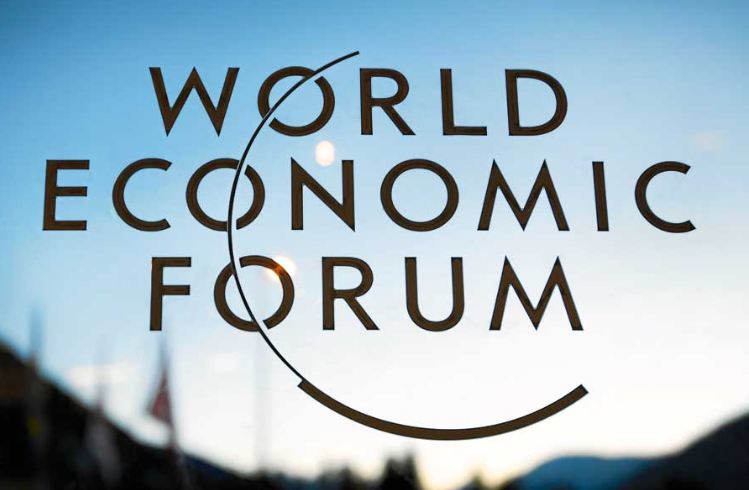 Which brands are attending?

Name pretty much any major bank, for a start. The list of World Economic Forum speakers alone gives an insight into the seniority of brand executives in attendance.

Many will also partner with media companies for special content and networking events.

Quartz has secured deals with Bank of America and Thompson Reuters from an advertising perspective and MasterCard and Cylance for content on the ground in Switzerland.

GE is working with CNBC to explore the future of digital disruption, while the Astana Kazakhstan Expo 2017 has also partnered with the broadcaster to showcase its work in helping shape the future of energy.

CNN, among other deals, has secured a sponsorship agreement with Brand South Africa, with the organisation promoting inward investment into the country with a ‘Made in South Africa’ digital content hub.

The FT has announced a raft of activity with partners including Wipro and Citi. The latter will sponsor an FT breakfast forum, chaired by chief foreign affairs commentator Gideon Rachman, as well as an FT dinner featuring a conversation between chief economics commentator Martin Wolf and Christine Lagarde, head of the IMF.

How will it differ from last year?

The investment in content programmes is being taken up a notch, with dozens of ‘fringe’ seminars and debates taking place around the town.

“2017 will see a larger, more diverse range of activity compared to 2016, from intimate breakfast sessions to the lively FT CNBC Nightcap,” an FT spokeswoman tells us.

In the case of CNBC, it is transforming Davos’ Freie Evangelische Gemeinde church into the ‘Davos Sanctuary’ for a week of live debates and discussions in partnership with SixCap – with anchor Tania Bryer interviewing the likes of will.i.am, Matt Damon and Forrest Whitaker.

“Our coverage will be bigger and better than ever, and commercially, we’re bullish about the volume of clients we’re supporting to engage in the conversation”

However, interest in events at Davos may take a hit due to the clash with Donald Trump’s inauguration as US president, argues CNN’s Hunt – particularly as Trump’s team has pointedly declined to send any delegates this this year’s Forum.

“Davos has been a major calendar event for CNN as a network and commercially for many years. It coinciding with the inauguration of Donald Trump is interesting timing that on one hand adds more context to the meeting of the world’s business leaders, and on the other hand does dilute the spotlight somewhat,” he says.

What do they hope to achieve?

Over to the experts…

Vik Degtar, Bloomberg Media: “The World Economic Forum annual meeting in Davos is an important date in the calendar for Bloomberg Media. Its mix of global business leaders, economists and policy makers is a sweet spot for the news and media organisation, and Bloomberg will be broadcasting dozens of live interviews from the event each day.”

Max Raven, CNBC International: “The event gives us an opportunity to explore some of the biggest issues in detail with some of the most influential people on the planet. We’re raising the bar in 2017 from both an editorial and commercial stand point. Our coverage will be bigger and better than ever, and commercially, we’re bullish about the volume of clients we’re supporting to engage in the conversation.”

James Hunt, CNN international Commercial: “On the commercial side, we look forward to working in collaboration with a range of partners on successful events, multiplatform campaigns and content initiatives. Editorially, it’s to deliver the unrivalled and distinctive coverage that you expect of the likes of Richard Quest, Fareed Zakaria, Becky Anderson, John Defterios and the wider CNNMoney team.”

An FT spokeswoman: “The event provides an important opportunity for the FT to engage with our core audience and global leaders. Through subtle advertising, elegant events and thought-provoking discussions, we want to maintain and reinforce our reputation as a trusted source for world-class journalism.”

Kevin Delaney, Quartz: “For the first time, we’ll publish a special Quartz Davos Daily Brief pop-up edition of our email newsletter. Our four journalists on the ground in Davos will be filling it with the news, original ideas, sharpest debates, and surreal moments from the forum. Beyond reporting for the Daily Brief, we will approach Davos coverage the same way we approach most things at Quartz: by exuberantly embracing the unexpected.”