Demi Lovato discussed her new YouTube series “Simply Complicated” on the Monday afternoon of Cannes Lions 2017 at a YouTube presentation moderated by Susan Daniels, the vice president of originals for the video-sharing website. 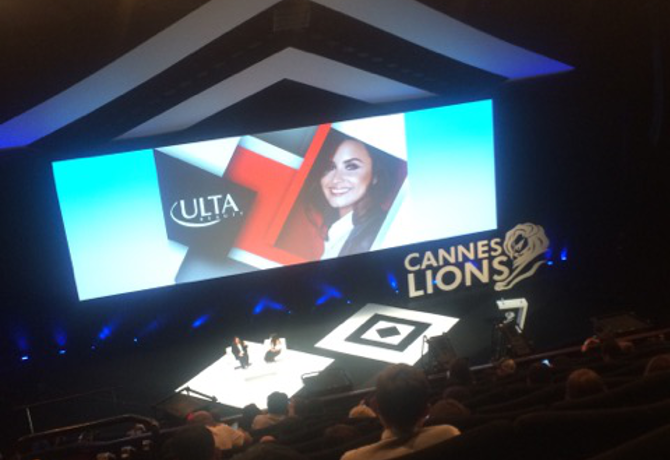 Following a presentation on how YouTube informs, entertains and inspires audiences by Daniels and head of culture and trends Kevin Alloca, actress, singer and philanthropist Lovato talked about her new show which will focus on the future as she passes the “milestone” of her 25th birthday.

“I’m a complicated person, I’m open about my story, my journey and I think I am simply complicated,” the star added of her series which is exclusively sponsored by Ulta Beauty. “YouTube is the OG (original gangster)”.

Having started her own channel on the platform over ten years ago and amassed more than ten million subscribers, Lovato was presented with a diamond ‘play’ button to commemorate her achievement.

Alloca also discussed how the platform aims to go one step further than creating content by tapping into the “next cultural movement” with individual interaction. He referred to this as “inversion media”, where instead of creating content for an audience, influencers make content around their niche interest and the audience finds them, often going on to influence mainstream global pop culture.