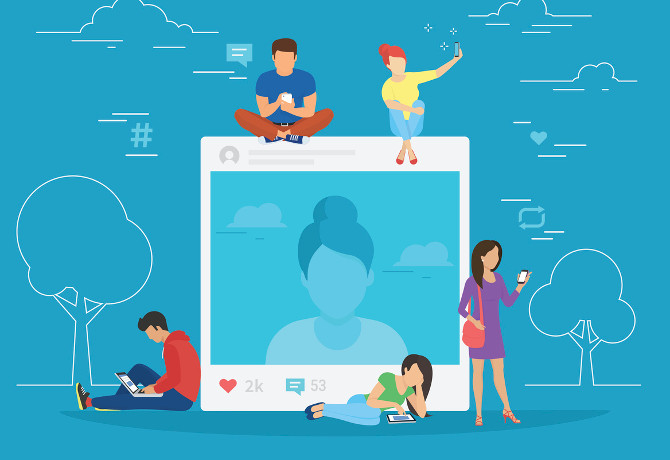 There are similarities and differences in the use of social media marketing (SMM) in Russia and abroad. All major international trends in the development of social networks are present in Russia as well. However, the differences can usually be explained by the delay of trends in reaching Russia.

Today we are going to talk about social networks in Russia and promoting the trend.

Let’s start with the expansion of social media in Russia. Today, social networks reach 70% of the population, and many users are active on multiple sites. Russian social network Vkontakte has the largest audience, with a monthly user-base of 90 million people. It is followed by Odnoklassniki, Instagram and Facebook, also MoiMir@Mail.Ru, and Twitter keeps growing in Russia. 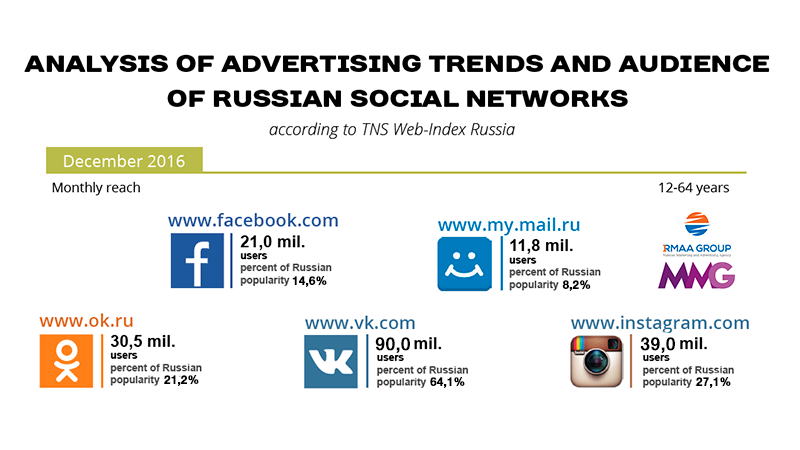 One can access any audience through social networking in Russia, aside from those who do not use the Internet. However, there is some demographic disparity among the networks.

A female audience forms the majority of all six social networks, aside from Twitter: the percent of female users on Instagram and Odnoklassniki is 70%; some 60% on MoiMir; on Facebook and Vkontakte there is a small majority of female over male users; and on Twitter there is gender parity.

Yet, in the case of geographical spread, there is substantial difference. For example, 50% of Facebook users in Russia live in Moscow. Twitter and Instagram also have a high proportion of users living in urban areas. In comparison, MoiMir and Odnoklassniki’s users are more likely to come from small towns. There is also an education difference: Facebook mostly gets an audience with a high education level, but Odnoklassniki and MoiMir has more under-educated users. 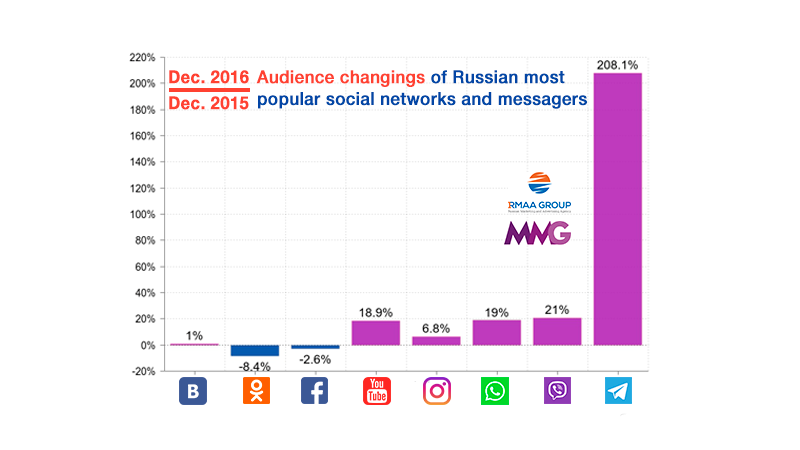 SMM standards in Russia are beginning to taking shape, with companies and marketers using different approaches to reach audiences. However, it is already possible to mark a few effective strategies which can offer real popularity with the users and make mass media offer coverage as well. Let us have a look at these strategies.

‘Get on the inside’

This strategy is based on the truth principle of your content: group posts working stuff, real communication with employees, inner workings and so on. In theory, this group-leading style can be applicable for any company, but in actual fact the style will be more effective for the companies whose working process is different from ordinary life. For example, Russian industrial company Kubanzheldormash publishes photos of working process, posts about real challenges, and celebrates the real achievements of factory employees on its Facebook group. 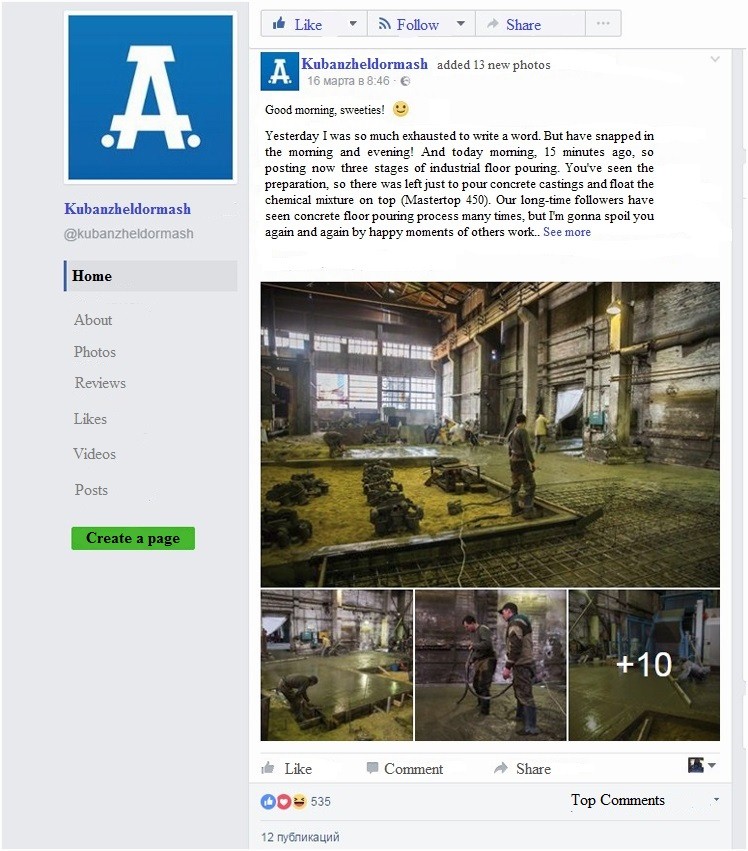 Entertaining content on social media groups is old hat in 2017. However, it remains one of the most effective ways to make a group popular. The important part for entertaining social media marketing is interactive, topical content, and a readiness for contextual marketing and content connected to the brand. A good example is liqueur store chain Red&White group in Vkontakte, or Rolton, the producer of instant noodles. 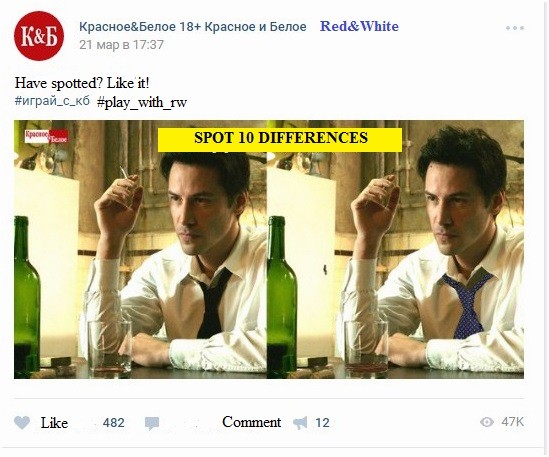 Can content build an audience just because of nice shots, videos and posts? Sure it can. Especially if your product is predisposed to the creation of engaging content. For instance, producers of photo equipment can post gorgeous shots on Instagram, just as research firm can share insights into the cutting-edge of science and art. Here is a good example: Vkontakte’s page of everydat canteen #110 in Astrakhan became famous nationwide a year ago thanks to its the wonderful posts, where the author writes about the world around in absurdist style.

Provocation or viral content has proved itself a great way to present a brand on social media. Firstly, it is naturally integrated into social networking. Secondly, it has good chances for widespread publication. Certainly, provocation is very tricky business, and you find yourself playing on the edge. It is always important for content to catch the user. But, on the other hand you mustn’t go too far in order not to offend the visitor. This SMM strategy has been chosen by online flight ticket seller aviasales.ru. 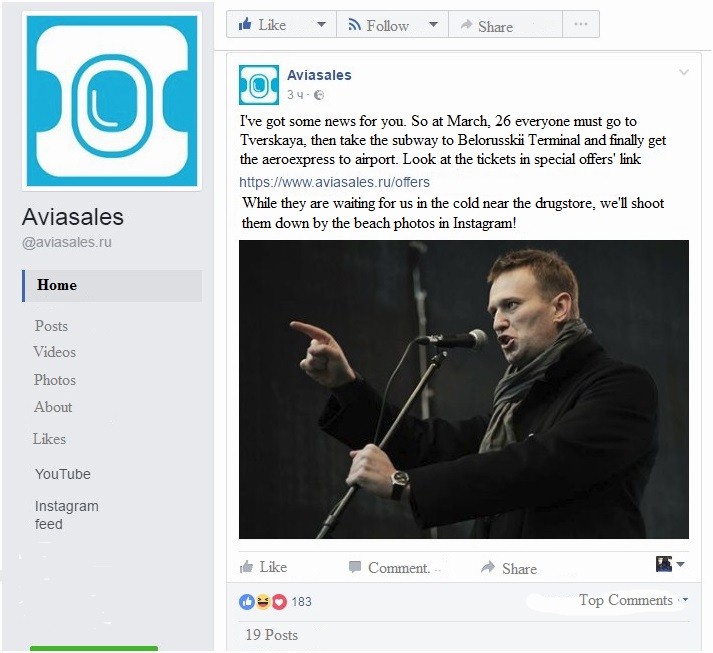 One more proven method to win recognition from the users is by making profitable content. Usually this strategy is used by companies that need to gain not only a widespread audience, but more specifically a community of professionals as well. That is why the strategy perfectly matches with B2B companies. For example, in Russia, electronic book-keeping service groups Elba and Knopka make this kind of content for own clients.

Source: All data was taken from TNS Russia and Brand Analytics.

The above listed analyses are part of White Paper called ‘Digital marketing in Russia 2017. Finding your customers on the internet in Russia — how to go about this’ written by Vadim Tylik, president of RMAA Group – Russian Marketing and Advertising Agency.