Experts on artificial intelligence (AI) from within and outside the media industry discussed the many facets of the field at LoopMe’s Future of Us event at the British Museum. 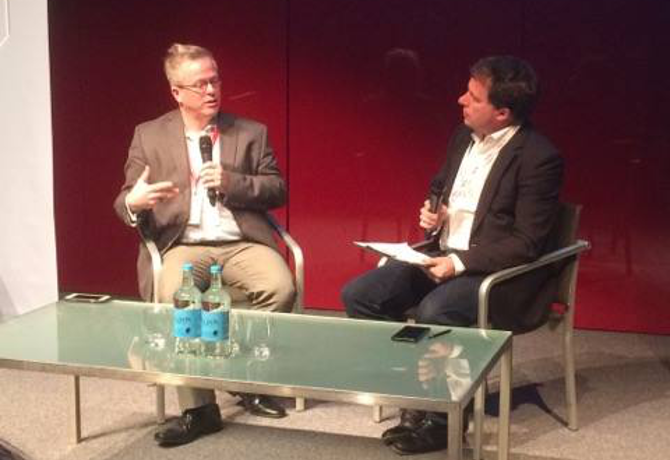 In this morning’s (11 April) session the panel agreed that, unlike Arnold Schwarzenegger’s robotic antihero, AI is not scary and should be welcomed.

“We’re not talking about a scary robot,” she said. “We’re talking about boring server rooms doing awesome things, it’s just another tool to help us communicate with humans.”

Looking at the Internet of Things, Cameron Worth, founder of the self-professed ‘agency of things’ Sharpend, said the onus is on the industry to use technology creatively.

“Innovation is the next slice,” he said, discussing the future of a world where we have to advertise to computers first instead of humans to drive preference algorithms.

According to Worth, while the technologies is ready, there remains a creative problem which needs to be defined in order to find solutions, with a focus on service versus experience to build brands. He also recommended testing and learning how a person engages with a product before overcommitting on budget.

University of Sussex director of the centre for cognitive science Dr Ron Chrisley advocated the importance of making more global social structures AI-friendly to increase impact and get more data.

Chrisley also discussed the difficulties of defining consciousness, as it can be viewed pragmatically or philosophically, talking about of the lack of measurement making it hard to investigate scientifically. However, he encouraged the audience not to be “bio-chauvinist”.

“It’s a fools’ game to make specific predictions,” he concluded, stating that worrying about machines getting more intelligent than us is a purely sci-fi exercise. Chrisley counteracted worries of robots taking jobs by saying that people will need to shift expertise, stating that skilled manual labour will still be highly valued compared to jobs like actuaries and accountants.

MediaCom chief digital officer Deirdre McGlashan said that, while “everyone’s afraid of the Terminator”, the biggest advent of AI has been chat bots.

She discussed the polarised responses to Microsoft’s chats. Xiaoice in China converses with around 40 million people a day for an average of 10 minutes, while Tay only lasted a day before being pulled off Twitter for sexist, racist and generally hate-filled posts.

McGlashan said it is the responsibility of those launching the chatbots to monitor them as a delicate combination of human and machine, adding that creators “need to attend parents’ evenings” for their robotic offspring.

In conclusion, she said AI will aid or accelerate everyday tasks, but it won’t take the place of artists. “This is the best time to be in media and marketing.”