Marketing and advertising leaders have been urged to “take action” about the lack of diversity in the industry at an Oystercatchers Club debate last night (19 January). 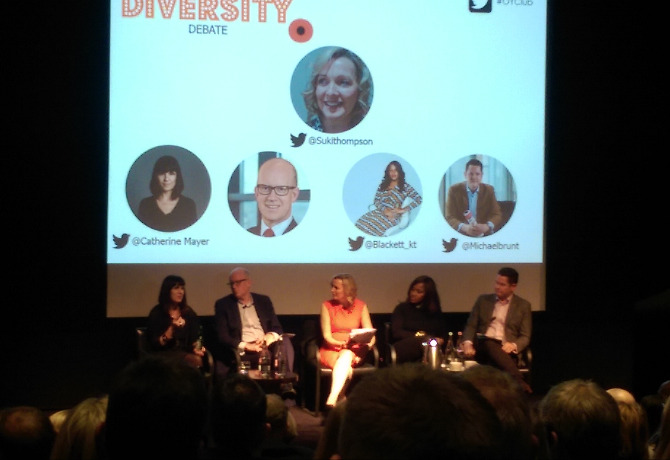 Panellists expressed their frustration at the lack of progress made by marketing and media in ensuring workplaces are inclusive to women, ethnic minorities and the LGBT community.

Blackett insisted there are both “altruistic reasons” as well as a strong “business case” for embracing diversity, but said the drive towards a more diverse workplace must come from the very top of an organisation.

“What is incredibly important is the need for change to be embraced by the person leading the organisation, then everyone will follow suit. It is no good it coming from a diversity officer. And it must also be part of the DNA of the organisation,” said Blackett.

It also makes clear business sense, especially in markets such as the UK, where the population of ethnic minorities is set to double by 2045, she argued. Agencies should “future-proof” themselves by ensuring their teams can “build empathy” with audiences of all kinds.

Brunt, who is openly gay, told the audience about two previous occasions he had interviewed for a role at The Economist but had decided against the move on cultural grounds – on one occasion even being urged by an interviewer to keep his sexuality secret.

Brunt warned that media is no longer a “destination industry” for young people, and said The Economist had begun using specialist recruitment companies to ensure they do not hire people with a similar background.

He said that he wants to create a workplace where the individual is “nurtured, celebrated and rewarded”, and is introducing flexible working options for all staff, not just parents.

Paul Geddes, chief executive of UK insurer Direct Line Group, outlined some of the measures he is taking to improve diversity and avoid a “pale, stale and male” management team, including rejecting all-male candidate shortlists.

“The business base is hugely compelling. [By embracing diversity] we might serve our customers better, and make better decisions,” he said.