The oral care market has a perception issue of being old and outdated, but rising awareness of oral health, changing lifestyles and image-obsessed younger generations have sparked a modern and vibrant resurgence for the category, driven by branded content, video and social media marketing techniques.

According to Mordor Intelligence, the toothpaste market was valued at $26.09 billion in 2018 and is projected to reach $36.98 billion by 2024, registering a CAGR of 6.1% during the forecast period.

The oral care category has transformed significantly in recent years due to a rise in consumer consciousness and awareness of oral health. This has led to a shift from traditional products to more innovative formulas and appliances, opening up a new area of growth for electric toothbrushes, teeth whitening products and more.

The Mordor Intelligence report shows that, geographically, Asia-Pacific accounts for a major share of the market, mostly due to a strong customer base, coupled with increased household expenditure and changing lifestyles.

These findings are backed up by what we have uncovered from the Festival of Media Global Awards 2019 shortlist, with all case studies from brands in the oral care category being implemented in the Asia region.

The entries point to a strong focus on branded content, TV and influencer partnerships and product placement, with engaging content proving to be a big hit with consumers, particularly when it comes to launching a new product.

Mass media continues to be a strong platform for oral care advertising, with campaigns ranging from print and OOH to social media and more specifically video as an effective method of showcasing product benefits in the most authentic and engaging way by creating live demos and user generated content.

Across the region, culture had a strong impact in this category and some brands were as bold as to explore with a previously untapped events such as linking into religious calendar days – but done so in a careful and considered way.

Bringing in elements of comedy and audience interaction was key to engagement. Social media and the use of hashtags to support media activity taking place elsewhere has proven to be an effective tool by encouraging participation as part of efforts to change consumer habits.

The ecommerce link was of particular importance to these advertisers to provide a direct link from the digital marketing effort to the point of purchase, capturing the market in the right place at the right time.

For oral care brands, there is a huge market opportunity to capture a significant share of this audience. With new product innovations and formulas coming onto the market, the best way to stand out is through authentic, cultural engagement and creating a two-way interaction with consumers.

Oral B has been trying to convert Israelis to electric toothbrushes for years. Sadly, only 20% of adults switched from manual brushes – one of the lowest rates in the developed world. Despite dentists’ endorsement and millions spent on advertising, the high initial cost and a sense that electric toothbrushes are only for people with serious dental issues have created an impenetrable barrier. The launch of the new Oral-B Genius brush, with its position detection technology, served as an opportunity. It could finally promise a 100% clean that manual brushing couldn’t. But this promise was difficult to understand for manual toothbrush users, so MediaCom needed to demonstrate its value.

It hijacked Yom Kippur – the holiest day of the year in Israel – with a “100% clean teeth” message.  The first step was to demonstrate the dangers of failing to use Oral B Genius. MediaCom conducted a live side-by-side demo in which it recreated a typical pre-fasting holiday meal. Then it pitted manual against electric toothbrushes to prove the 100% claim. The results were certified by an impartial judge (a dentist) who inspected participants’ mouths after they brushed. It used this verdict to secure the blessing of the highest rabbinical authority and a religious decree that only electric brushing could save them from sin.

It then launched a mass media campaign in Print and OOH in the run up to Yom Kippur which highlighted the results of the demo and the rabbinical recommendation to use Oral B’s electric brushes prior to the fast. Online the agency took over all media content relating to the fasting – how to prepare the body, exact timings, what should one eat before – ensuring everyone fasting knew that only Oral B would do. The centrepiece of this campaign was a branded content video starring three cast members from Israel’s leading comedy show (equivalent to America’s Saturday Night Live) who brought the consequences of accidental food crumb swallowing during a fast to life. They used the catchphrase “You’re Out” to identify fools who failed to use electric toothbrushes. All content was directly linked to e-commerce partners where super-fast delivery ensured the brush would arrive before the fast begins. 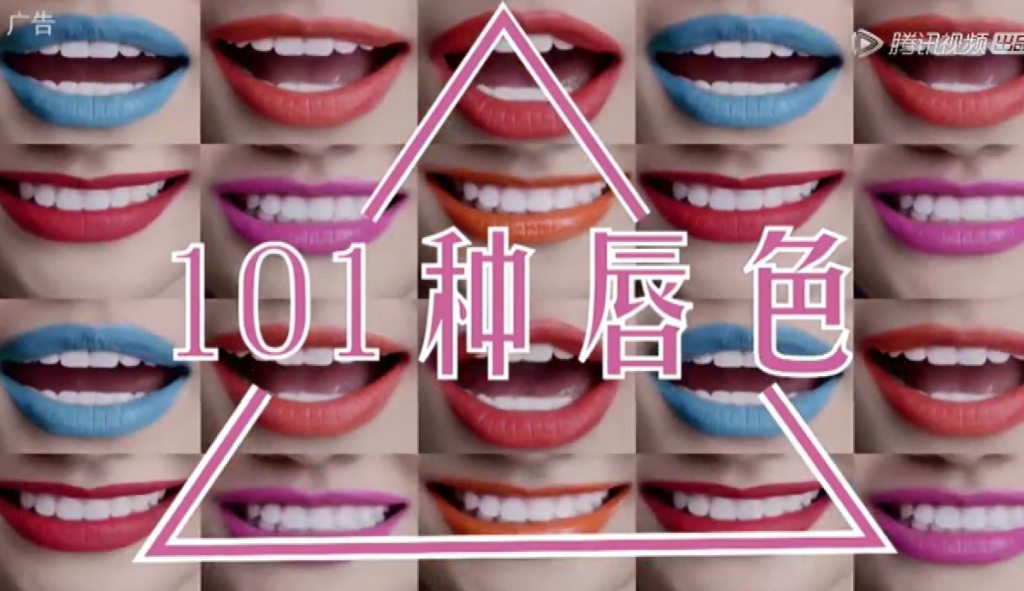 PHD needed to drive awareness and trial for the launch of Zhonghua White Now whitening pen amongst the image- obsessed Chinese youths as well as change brand perception from old and outdated into a modern and vibrant brand. Having yellow teeth is the #2 oral issue amongst Chinese people (Mintel, March 2018). However, it is not something most care about. Despite the amount of whitening toothpastes available, most consumers are sceptical about their effectiveness, and feel their money is better spent on toothpaste products that address total oral health. But as an image-focused society, yellow teeth have become a major source of anxiety, particularly for young Chinese women.

To address the issue, White Now boldly stepped away from its fixed position in the toothpaste category and into the youthful cosmetics category where it could be seen as a brand that functions as ‘make up for your smile’, thus giving your smile and confidence a boost. Breaking the category mould, the agency based its strategy around developing a new habit for these young women of making the White Now pen the first step to a flawless makeup routine. The aim was not to get women to replace their existing toothpaste in their routine, but rather to add a new step to it altogether. To highlight the brand in a manner that was both brand and consumer relevant, it partnered with Tencent Video to sponsor reality show ‘Produce 101’ – a popular programme that features 101 young women competing to be China’s next top girl group.

In addition to the expansive reach of ‘Produce 101’, the partnership also offered numerous relevant moments within the show that heavily featured visuals of toothy smiles, giving White Now the perfect opportunity to brand these relevant scenes and seed itself into the minds of viewers. The content partnership included three key parts: Product usage and placements; branded mid-rolls; and White Now ‘Wall of Smiles’. Additionally, as social is an integral part of their lives, White Now created a special hashtag topic named ‘#WhiteNow101#’ on Weibo (China’s equivalent of Twitter), with social posts focused on ‘Produce 101’ discussions to drive audience engagement and interaction.