Digital media might be fast earning its title as the preferred advertising platform for brands to communicate with consumers on their terms, but advertisers across EMEA are proving that traditional media can offer something that digital alone cannot.

Despite the tenth consecutive year of growth for advertising spend globally, MAGNA’s latest advertising forecast predicts that growth across EMEA will slow to 4.8% this year (down from 6.1% in 2018) amidst economic slowdown and political uncertainty in many European markets.

With the EMEA region accounting for almost one third (30%) of all the Gold, Silver and Bronze winners from the Festival of Media Global Awards 2019, we took a deeper dive into these winning entries to uncover which media trends are driving innovation and creativity across the region.

Of the 27 winning campaigns from EMEA, the majority were implemented in the UK (33%), followed by Israel (22%), Germany (11%) and Romania (11%). Further entries from Finland, Denmark, Norway, Spain, Turkey and the UAE were awarded.

Breaking down the winners by agency, MediaCom came out on top, awarded for 37% of the winning campaigns, followed by Mindshare, OMD and UM at 11% each. There were also winning entries from the EMEA region from Havas Media, PHD, Isobar, Mediaplus, Starcom and DCM.

There was a wide mix of brand sectors represented on the winners list, led by the FMCG (26%) and media/publishing, technology and entertainment (22%) categories, followed by retail (19%), telecoms (4%), food & drink (7%), with a solo showing from automotive, financial and travel, leisure & tourism brands to be awarded.

Thirty-seven percent were awarded Gold, 41% Silver and 19% Bronze trophies, as well as one Special Award for Brand Bravery. The most popular categories (those with two or more winners) were Best Branded Content in traditional / non-digital channels, Best Use of Cinema, Best Use of Traditional or Ambient Media, as well as Best Use of Geo-Location and Best Use of Technology.

Despite an ad spend slowdown predicted for traditional media channels as budgets are increasingly being directed to digital and online channels, the strong concentration in the more traditional award categories at the Festival of Media Global Awards 2019 suggests that traditional media still has a key role to play in the overall media mix across the EMEA region – and brands and agencies are only taking more creative steps to make a real impact in these channels.

With campaigns tapping into a range of traditional media, including TV, print and radio, there was a strong focus on using these channels to allow brands to stand up for a greater cause and make a real, tangible impact on social and environmental issues. The mass reach and dedicated audiences who tune into these channels or platforms enabled brands to spark a global debate, spreading a powerful message.

Digital support in these areas proved to be important in giving the brand communication longevity and far wider reach beyond those dedicated viewers, readers or listeners. For example, digital music and social media were utilised in numerous campaigns to add a new layer of engagement to traditional campaigns.

While it would seem that digital is taking over all aspects of advertising today, brands shouldn’t forget the scale and power of traditional media to share their message in an authentic and unobtrusive way. The real magic happens when media campaigns combine the two (traditional and non-traditional) channels to create lasting impact. 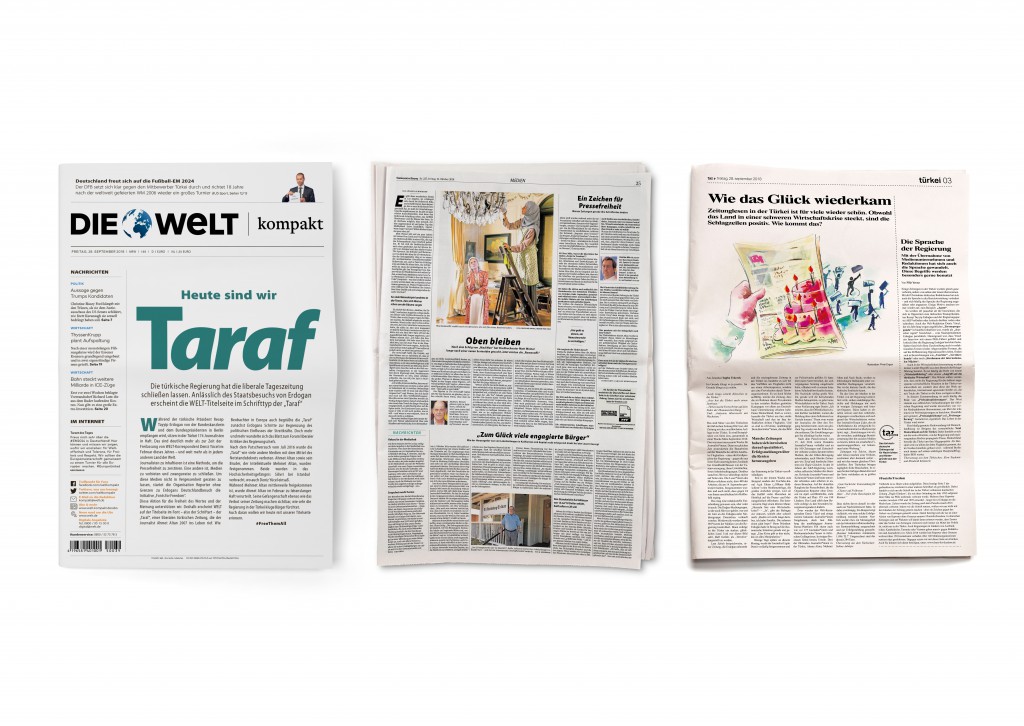 Shortlisted for: Best Use of Traditional or Ambient Media (GOLD WINNER)

Newspapers are an essential element of the media landscape. Freedom of the press is equally important. Reporters Without Borders Germany is dedicated to the fight for press freedom worldwide – which is under pressure more than ever. Every year, more critical newspapers around the world are shut down by oppressive regimes, with a record high of 300+ newspapers banned in 2017.

With Fonts for Freedom, this campaign wanted to turn big German newspapers into powerful statements of press freedom, helping Reporters Without Borders to spark a global debate about press freedom, and banned newspapers from around the world to reach far more people than they originally would have. Every newspaper has its own recognisable custom house font. Together with renown typography experts, Mediaplus recreated the custom house fonts of six shut down newspapers from around the world. Then, it gave the fonts to major German newspapers who used them in their issue along with matching articles, to bring the banned newspapers back to life stronger than ever.

To take it even further, billboards, posters and banners using the fonts directly confronted visiting politicians with the newspapers they tried to shut down. On its website, there is a growing permanent archive for fonts of shut down newspapers. Anyone can download or directly use them to spread the message on the streets and on social media. 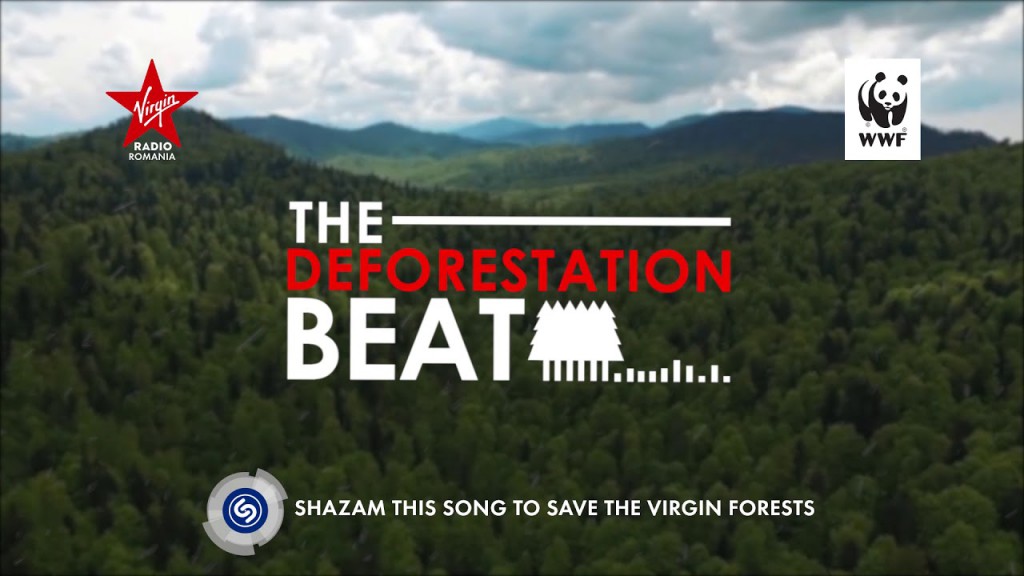 Shortlisted for: Best Use of Traditional or Ambient Media (SILVER WINNER)

Virgin Radio Romania was launched in January 2017 nationally with coverage in almost all cities country-wide. The station is popular for playing modern pop, hip-hop, and techno from the world’s hottest artists. However, Virgin Radio Romania has a perception problem: Many Romanians label it as “teen radio”, as they won teens through the vloggers in their DJ cast, and new music and trance loops. To attract a millennial audience, Virgin Radio needed to step into one of the hottest topics nowadays: natural ecosystems preservations, a topic valid for both teens and millennials, according to studies in Romania (source: SNA Focus, 2017).

To boost the level of mass awareness of the campaign, UM would use the “Virgin” from the radio name to be involved in the Virgin Forest’s salvation. Turning the speed of the environmental disaster into a catchy radio beat. It transformed the blunt and simple numbers into emotional hooks, just like music beats for radio. Virgin Radio embarked on a mission, in partnership with WWF, to compel its listeners to in order to save the environment. The agency created “The Deforestation Beat”: A beat that repeats every 1.2 seconds. It turned the Deforestation Beat into a reminder: Every time you’d hear the beat drop, a tree is cut down in the forests of Romania.

Virgin Radio engaged its audience in an unprecedented action against the large deforestation in Romania by making itslisteners aware of the environmental drama through an innovative partnership with several top international and local artists. Re-mixed songs were aired on Virgin Radio and simultaneously uploaded to their social networks and music accounts. With every Shazam of the song, listeners could sign a pledge by contributing to a map and even donate to stop the devastating phenomenon. The massive call was featured on Virgin Radio’s online site, owned social media handles, and through personalised DJ interventions during the popular morning shows. A pledge, in the form of a digital map, was launched on the WWF site where listeners could plant virtual trees as a participatory sign of their involvement.