Media and marketing teams are adopting a new approach to organisational structures, technology and diversity, in an attempt to win the battle for talent. Alex Brownsell reports. 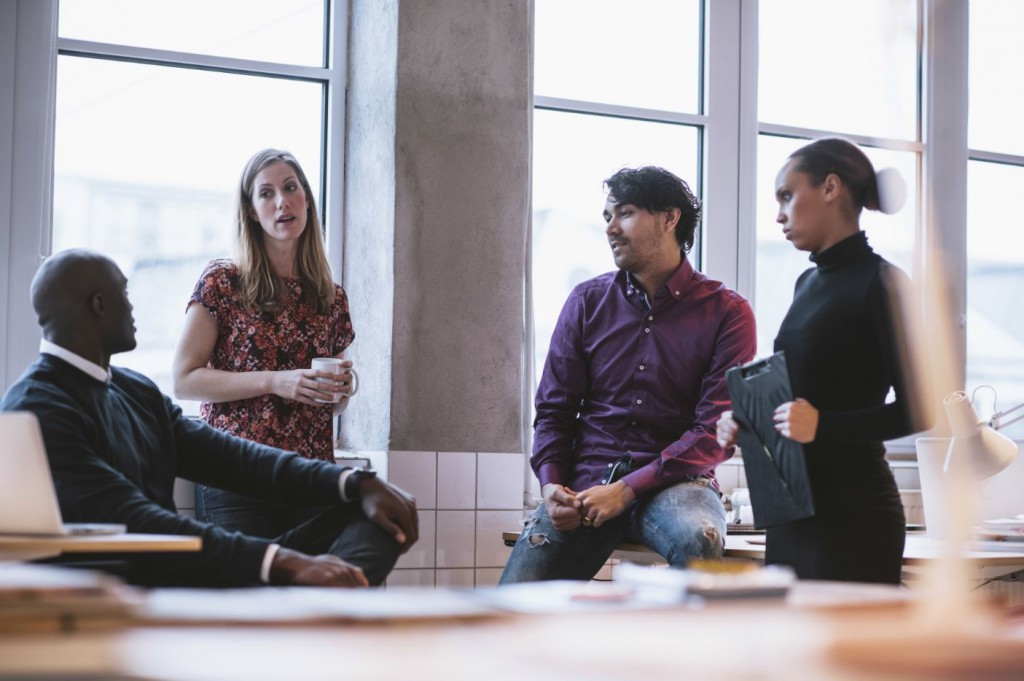 Talent matters. You would be hard pushed to find anyone in the international marketing or media industry who disagrees, and yet the sector has a mixed record when it comes to attracting and retaining the right individuals. However, brands, agencies and media owners are working hard to catch up and assume leadership in a field when they have often lagged behind.

One of the issues, of course, is that the rise of digital, social, mobile and – more recently – programmatic and content marketing has completely changed the skills needed by companies in the sector.

The accompanying upsurge of technology giants, from Google and Facebook in Silicon Valley to Tencent and Baidu in Asia, has added pressure to what WPP’s Sir Martin Sorrell has dubbed a “talent war”.

Figures proving this chronic talent shortage are hard to come by, but many experts speak of a fear that media is no longer the “destination” industry it once was, with youngsters attracted to the bright lights of tech-based start-ups like Snapchat, Uber and Airbnb.

So who are these young people entering marketing and media, and how do their motives differ from previous generations?

According to Helen Brown, MediaCom’s global chief HR and talent officer (below) – and an M&M Global blogger – where employees would once join a company in the hope of a long and association, today’s talent is quite prepared to “walk with [its] feet” if conditions are not satisfactory.

“When I think about when my generation entered the business about 20 years ago, you expected to serve your employer, and you hoped that would last for a very long time,” says Brown. “Moving outside of three years is not something you would consider.

“That has changed because it is far more about self-service; the employee has far more power than they used to, because they have shown they will walk with their feet if they’re not getting what they want from their career. And there is far more fluidity in how long they are prepared to stay at an organisation.”

This is, she argues, no negative thing, as such behaviour reflects the changing relationship between brands and consumers.

Career-minded Millennials, especially in markets such as the US and India, are also taking their ambitions to the next level, with employers able to expect MBA qualifications “as a matter of course.” 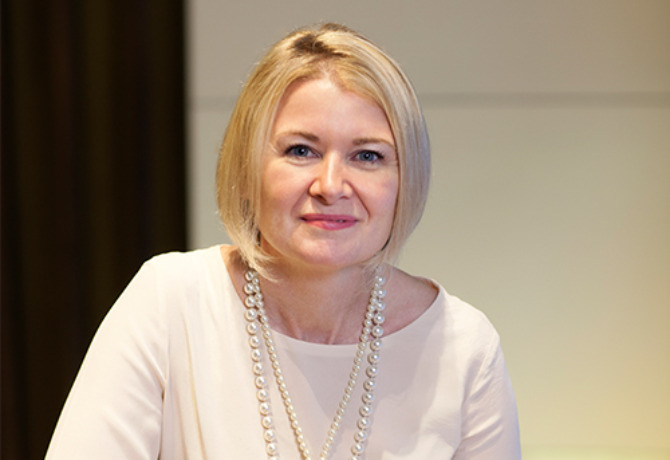 Brands are also facing a more complex talent landscape, and one – claims Rob Dreblow, director of the World Federation of Advertisers (WFA) – that requires a greater sense of internal ‘purpose’.

He claims that attendees of the WFA’s CMO Forums in Cannes and Singapore have increasingly argued for the need to offer talent a more appealing company philosophy, as well as attractive remuneration packages: “For a lot of people coming through, cash isn’t a real driver for them as it might have once been. Few want to work for free, but it is important that the organisation has a genuine purpose from the top-down.”

Advertisers are learning from agencies to hire based on based on “passion and potential”, and understanding the benefits of recruiting “integrators”, rather than simply the most talented marketers, as this will help teams to function properly.

For all media and marketing businesses, the pursuit of ‘geeks with personality’ – in other words, those as adept with data as with communicating with colleagues – is proving a testing and expensive process, though markets such as India and Poland are helpful net exporters. China is becoming the centre for SEO and ecommerce skills; the UK and Australia remain strong when it comes to old-fashioned communications planning.

And those organisations wishing to mobilise global talent can guarantee a strong flow from the Indian subcontinent and South East Asia, but are less likely to be able to move individuals from markets such as South Korea and Japan.

So how best to attract and retain these individuals, in a marketplace where they have more choice than ever before?

The evidence suggests that talent is being sought out from new sources to ensure teams possess the required skills. GroupM chief digital officer Rob Norman recently told M&M Global that the group’s decision to buy digital agency Essence was in large part motivated by the resulting acquisition of 500 highly-skilled employees.

The industry is embracing organisational fluidity, technology and diversity to revolutionise its talent management strategies – and not before time. Here we take an in depth look at the changes taking place in those three areas.

Bit by bit, the rigid structures that dominated marketing and media companies are being eroded, and replaced with a more dynamic, flexible approach to talent management.

MediaCom’s Brown says that, if the 1950s was the age of the corporation, and the 1980s was dominated by the top executives, then we now live in the ‘era of the team’.

“Look at Oracle, IBM, Google – all organisations face the same challenge: how do you bring together a network of teams and create an environment where they can come together, perform really well, and then disband?” says Brown.

Clients demand speedy solutions from agency partners across international regions, meaning skills must be assembled from wherever they are available across the organisation.

“There is a whole lot of chopping and changing, and no embarrassment about shipping on within 12 months”

Agencies such as MediaCom prioritise the recruitment of individuals with the ability to adapt, flex and collaborate across cultures, and to cope in situations that are “not always easy”. These people must also be willing to learn, grow and “change their own skill base”.

This approach is also helping brands to attract employees who value the flexibility to work when and where suits them, rather than their employer, according to the WFA’s Dreblow.

“In APAC, for a lot of the western multinational brands we talk to, the guys they are hiring don’t see a career path in the same way as their parents,” says Dreblow. “There is a whole lot of chopping and changing, and no embarrassment about shipping on within 12 months. There is particularly an issue with holding on to the best people.”

The answer is to dispense with strict organograms and allow a wider range of working practises, while at the same time offering an eye-catching long-term career pathway, says Dreblow: “Yes, you need structure, but not being too rigid in terms of how teams are organised, and also being quite explicit about where a career path might go. [Employees need to] understand where the future lies.” 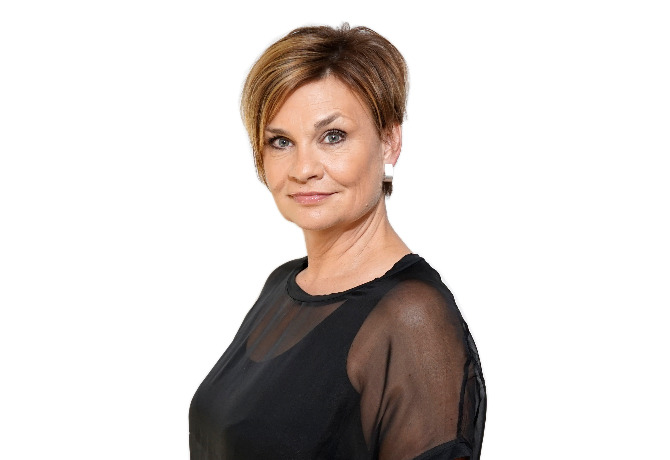 As the use of technology to manage marketing campaigns has increased, so too has its use as a means of recruiting and managing employees.

Writing earlier this month for M&M Global, MEC’s global chief talent officer Marie-Claire Barker (above) reflected on how the tech on display at this year’s Consumer Electronics Show in Las Vegas can be used to overhaul talent management programmes.

“I have long said that too many HR leaders hang on to the process before the purpose; now we need to make sure we don’t fall into the same trap with technology,” wrote Barker, highlighting ways of using virtual reality (VR) and wearable tech to communicate with employees.

“From helping a prospective employee imagine themselves in the company culture, to the onboarding of new employees, employee development and messages from the CEO – the possibilities within VR reality seem endless.”

Brown agrees, detailing how MediaCom has introduced “on-demand, self-serve” information and training services for staff which can be accessed “anytime, anywhere” and on mobile.

The agency has introduced newly gamified recruitment systems which allow applicants to take interactive tests to work out if they are right for the role, while video applications allow prospective employees the opportunities to flex their content-making skills, as well as allowing managers to review the applications at a convenient moment.

That use of technology is also moving into employee and manager appraisal systems. Given the need to create and disband teams at regular intervals, MediaCom allows individuals to grant instant “rate-me” style feedback, says Brown.

“When things go wrong, when we lose employees, it’s because we’re not having a robust and frequent conversation with them about how they’re doing, what the client thinks of them, what the opportunities are for them in the organisation,” she adds.

It is no good trying to recruit the best talent, while at the same time ignoring large swathes of the available workforce.

Diversity remains an acute problem for media and marketing organisations. Put simply, too few leadership roles are held by females, and too many US and European teams are headed up by white males.

At a recent London panel debate, chaired by The Oystercatchers founding partner Suki Thompson, MediaCom UK chief executive Karen Blackett and The Economist CMO and managing director, circulation, Michael Brunt were among those arguing for more progressive approach to diversity.

Blackett insisted there are both “altruistic reasons” as well as a strong “business case” for embracing diversity, but said the drive towards a more diverse workplace must come from the very top of an organisation.

Brunt, meanwhile, who is openly gay, told the audience about two previous occasions he had interviewed for a role at The Economist but had decided against the move on cultural grounds – on one occasion even being urged by an interviewer to keep his sexuality secret.

It is no good trying to recruit the best talent, while at the same time ignoring large swathes of the available workforce.

It makes sense for brands, agencies and media owners to reflect their audiences and consumers in gender, sexuality and ethnicity, but it will take a proactive approach by organisations to reach this point – exemplified by the decision of UK insurer Direct Line Group to reject all-male candidate shortlists.

Sharon MacLeod, vice president for Personal Care, North America, at Unilever, recent posted an article on LinkedIn arguing that “valuing difference and diversity” has made a direct contribution to the performance of the company’s brands.

MacLeod praised the success of leadership schemes aimed specifically at women, such as Chocolate Villa, a venture she co-created which has trained 400 individual since 2008. She also claimed that the pro-diversity outlook of brands such as Dove have helped to change internal perceptions at Unilever.

She wrote: “For as long as there is gender inequality, and prejudice against individuals based on their gender, it is vitally important that those who care about the subject are willing and able to stand up and speak out.

“Dove has also inspired me to do more to help women in the workplace. I was involved in running many of the Dove self-esteem projects – and I recognised that we could emulate what we were doing for women and girls in our community within the Unilever business as well. The messages our products send can shape that.”