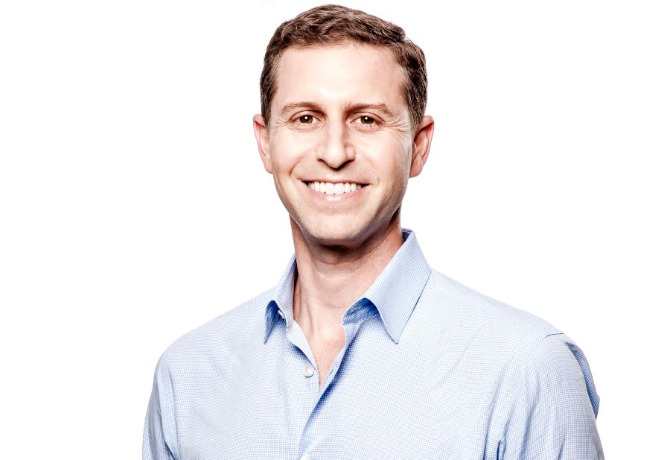 Forbes chief revenue officer Mark Howard is gearing up for a party. Howard, who meets M&M Global shortly after landing in London from New York, is in town for the launch of the publisher’s first ever European edition of its ‘30 Under 30’ scheme (click on the image below), celebrating youthful entrepreneurialism.

What had originally began as a ‘global’ concept in 2011 quickly became US-centric. But, with Forbes now gaining a third of its traffic from outside North America – in large part due to its growing list of global contributors – Forbes editor Randall Lane felt it was high time to shine a light on Europe and Asia’s rising business stars.

For Forbes, ‘30 Under 30’ has become a “marquee franchise” at the heart of its pivot away from the grey-haired veterans of Wall Street and towards the ambitious, Converse-wearing digital pioneers of Silicon Valley, who are ambitious and eager to make an impact as quickly as possible.

“For the first time in the world, youth is a competitive advantage in business”

“It fits in with what Forbes has always stood for, namely that entrepreneurial capitalism is going to continue to drive society and the world forward. We’ve been unwavering in that position; what has changed is what that actually mean,” says Howard.

“For the first time in the world, youth is a competitive advantage in business. In the past, experience and wisdom, and years of building networks, is how people got ahead. Now the understanding of how big data, social networking and crowdfunding works [is just as important].

“You have these crops of youngsters who believe they can change the world. We believe in the ability of free markets to create opportunity, and that they can continue to be the driving force of the global economy, but a real focal point for the best young minds isn’t necessarily in the usual places.”

This switch towards younger readers has been reflected in a surge in Forbes’ online traffic, and the amount of visitors arriving from mobile devices.

Since kicking off a digital transformation project a few years ago, Forbes has increased its number of monthly unique users from 12 million to 50 million. And Howard claims that the mobile “inflection point” – meaning more unique visitors are using mobile over desktop – has already taken place, with the growth in mobile traffic shows no sign of letting up.

Like all international publishers, those digital revenues are under threat from the rise of ad blockers. While some media owners are determined to slow ad blocker adoption rates through the improvement of user experience and micro-payments, Forbes has opted to challenge the software “head on”.

However, unlike other confrontational publishers, such as Germany’ Axel Springer and UK newspaper City A.M., Forbes believes it has discovered a “third option”.

Ad block users will be asked to opt-in to a specially-constructed “ad-light” version of Forbes digital properties, with certain types of ads – including interstitial, auto-play and in-line video ads – removed to enhance the reader experience.

Howard admits it remains early days, and that months of A/B testing will follow, but claims the initial results are promising. Some 44% of users in the test list turned their ad blockers off and continued through to the site, and those who turned them off spent a “significant amount more” time on the site than the group with ad blockers on.

Forbes has seen “significant growth” in revenues from newer advertiser solutions, including its BrandVoice native ad offering – and it has budgeted for another significant increase from content-driven campaigns in 2016.

“There is a tremendous content bubble right now. But, as we have found out in several recent studies, a better understanding of how to create, manage, distribute and amplify content is the number one priority for CMOs in 2016. For many, the whole content part of the budget will be larger than straight up advertising,” he says.

Howard is also very optimistic about the rise of programmatic direct deals, where advertisers come to the publisher directly but wish to automate the transaction.

“On the programmatic side, we’ve always been extremely aggressive but until now it has been on the open exchange,” he says. “The reality is, the open exchange cannot cannibalise your direct business because you do not have the ability to control your inventory at scale using that technique.

“Now what I think is going to change is the number of advertisers wanting to do programmatic direct deals with us. We’re having more conversations than ever with advertisers choosing to go that route,” he adds.

Howard praises the impact of technology such as Google’s Programmatic Guaranteed product, and believes 2016 will soon be considered “year one” for the true impact of programmatic on publishers’ balance sheets.

“The whole promise of what programmatic set out to be originally is finally materialising, and it will have a significant impact on our advertisers’ business as well as ours. It means more of the money going into a buy goes to the media, so it is a win for publishers, and the whole process becomes more efficient,” he says.