Eurosport has partnered with Ford for what it is describing as the first ever ‘live 24 hour advert’, which will premier during this year’s Le Mans 24 Hours. 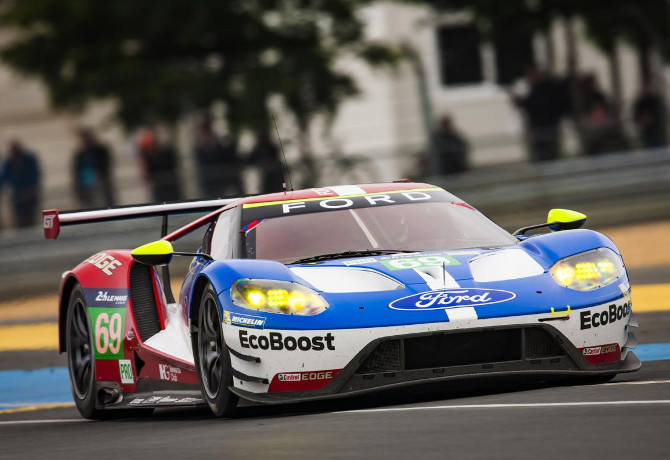 The ad, which was developed with Mindshare, celebrates the fiftieth anniversary of Ford’s 1-2-3 finish at Le Mans in 1966, when the GT40 took the top three positions on the podium.

Eurosport is producing the ad and will run it on its websites and mobile apps, which it claims are the most visited online sports platforms in Europe during the 24 hour race. Fans will be able to watch a live feed from one of the four Ford GT cars competing in the LMGTE Pro race, with visitors able to follow the on-board cameras on all four cars on a dedicated Ford Live Hub.

“We’re really excited to be able to work with Eurosport on such an innovative project,” a statement from Ford Performance read.

“Executing this on the homepage of Europe’s biggest sport broadcaster is allowing Ford to really bring to life the Le Mans spirit. It is great to be able to celebrate Ford’s return to Le Mans by offering European followers of the race access to the Ford team, the Ford GT, and the race action in this way, helping make Le Mans 2016 an event to remember.”

On average, over the past five years, rights holder Eurosport’s coverage of Le Mans 24 Hours has reached 16.5 million fans in Europe.

“The launch of the first ever live 24 hour advert is another example of how Eurosport work with brands in an innovative way, underlining how the great must-have sports content Eurosport hold can drive compelling campaigns and be a game-changer for brands looking to engage sports fans.”