From the rise of Spotify to the arrival of Apple, digital audio is rapidly becoming a major media channel. Anna Dobbie explores the landscape in greater detail. 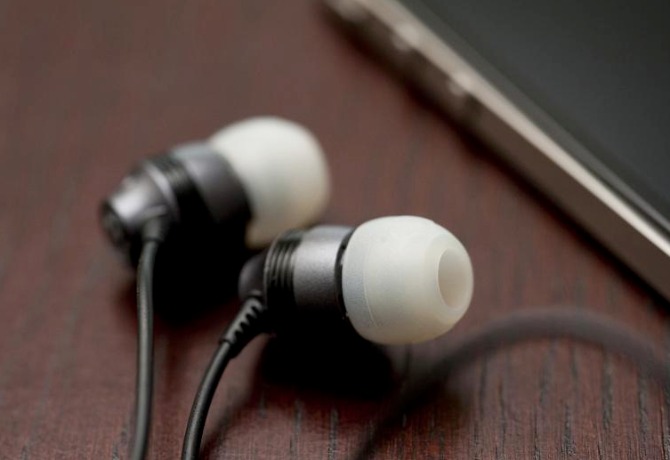 Audio has been subject to numerous changes in recent times, not least the shift from ownership to online access of digital content.

Disruptive developments are transforming how people source and value content, with GroupM’s recent Next report identifying music as the single most important medium in consumers’ lives.

Methods of targeting, reaching and finding fans for artists are multiplying, and wider industry stakeholders like brands, publishers and platforms have created new revenue opportunities.

Apple has launched its streaming app, Apple Music, to take on behemoth Spotify, along with Tidal. Pandora Radio is investing in advertising tech, including a sponsored listening product, while UK radio broadcaster Global has launched its Dax digital audio exchange in Europe.

For the first time, advertisers can run audio campaigns internationally. The development of the format will be a topic of interest for marketers everywhere.

The Apple of my ear

Apple is shaking up the digital audio landscape with its first foray into global live radio and digital streaming in the form of the Apple Music app, using the listener’s personal iTunes library combined with its own collection of streamable tracks and Beats 1 radio station.

As an incentive, a three-month free trial was offered on the site, which launched in June. A survey of Apple Watch owners conducted by Wristly.co showed that more than two out of three gave Apple Music a try, with 42% going on to subscribe or intending to, and with only 20% dropping the service after trialling – although this data may not be representative of a wider audience.

According to a report published by global web traffic monitoring company Sandvine, Apple Music is now responsible for more mobile web traffic than Spotify in the Asia-Pacific region, due to popularity in Australia and New Zealand.

Burberry was the first global advertiser to launch a channel on the new Apple Music service, using the digital audio service to promote its Burberry Acoustic content, featuring up and coming UK artists, to a new audience.

That said, Eric Schmidt, chairman of Google’s Alphabet, commented that using artificial intelligence to recommend songs to listeners was ‘less elitist’ and ‘much more democratic’ than human DJs, in what some interpreted as a dig against the new Apple app.

“In 2014, for the first time in history, digital music sales equalled physical sales with a 46.6% increase in streaming subscriptions, according to the IFPI,” says Spotify ad sales director Fabio Brunelli. “I think that speaks loudly to the future of digital audio, and streaming in particular.

“That same year, Spotify made up over half of the music streaming market and drove the majority of growth,” Brunelli adds. “Streaming is not only the future, streaming is now, and Spotify is at the forefront of this change.”

Spotify has long reigned supreme in the streaming world, despite the encroaching threat from Apple Music. Another pretender to the throne came from Jay Z’s acquisition, TIDAL. However, a recent poll by Billboard has shown that influential members of the music industry don’t believe the company will last much longer.

Evidence to support this theory came in the form of Prince’s decision to sell his TIDAL-exclusive album to non-subscribers. Further controversy arose when the company accused Apple of blocking its streaming video of rapper Drake performing at a charity festival, leading the star’s manager to retaliate that TIDAL was pulling a publicity stunt.

The founder of cloud-based music provider Omnifone has launched another competitor in the form of UK’s Electric Jukebox, a music streaming service paired with simple hardware, which aims to capture an older audience yet to dip their toes into audio streaming.

The TV dongle costs £179 ($229) and comes bundled with a year’s access to 30 million tracks in a brave attempt to bring the virtually unlimited music offered by streaming sites to an older, less tech savvy audience who the company hope will find reassuring familiarity in navigating menus via a remote control.

Pandora Radio – what next?

After much speculation, Pandora Radio for iPhone now supports streaming music on CarPlay, despite iTunes radio being built in to the infotainment platform. This comes amid rumours that Pandora is reportedly poised to fork over about $123m to the major record companies for use of pre-1972 recordings, according to the New York Post.

Pandora has already invested in advertising technology, including a ‘Sponsored Listening’ product which allows users to choose to hear a brand’s ad in exchange for an hour’s free listening. It has also begun trialling a new mobile programmatic buying service.

“Ironically, the better our advertising gets, the less of it we need, which is a benefit to the consumer”

“We’ve been investing the last couple of years in infrastructure, a lot of stuff under the hood, which is now beginning to bear fruit. Advertising technology has been a big focus for us,” Pandora co-founder Tim Westergren said in Cannes earlier this year

“With brands, once you know the audience and artist, and you put them together based on affinity and location, it’s the perfect ingredient for a great event for a brand to be part of. We can create these branded experiences that are a win-win situations.”

He added: “The better we’re able to monetise, the more we’ll be able to invest in the business. And, ironically, the better our advertising gets, the less of it we need, which is a benefit to the consumer.” 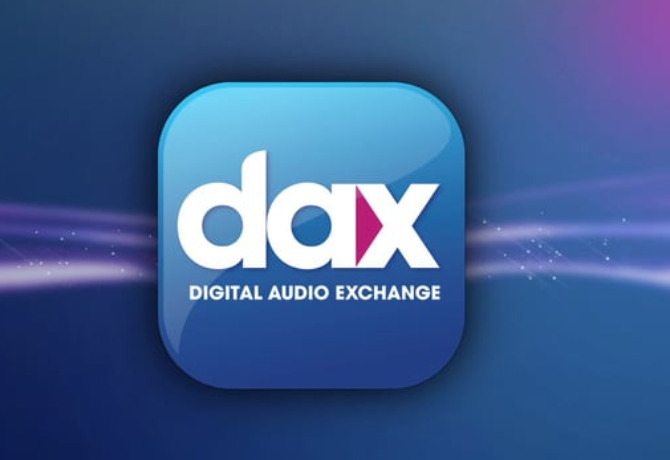 Following the launch of Global’s Dax in Europe, the radio broadcaster believes that digital audio will become more important in delivering persuasive and effective communications from advertisers as the world becomes more connected.

“There will be more opportunity to engage with people listening to digital audio,” says Global digital strategist Faye McDowall.

“We’ve created our own digital audio listener panel and over the past 18 months we’ve tracked campaign effectiveness from FMCG, retail, cars, banking and insurance,” McDowall adds. “The findings show growth of up to 10% in metrics from uplifts in trust, personal relevance and consideration.

“This is supported by our own implicit research with Neuro Sense, which found audio has twice the trust building powers of display.”

McDowall argues that digital audio is effective at driving actions because the audience is connected whilst listening, and often connect to social networks immediately after picking up their phone to stream.

“Digital audio bridges the world of precision and accuracy with that of the need for Persuasion and effective messaging and, as we enter into the next phase of the connected world, digital audio’s opportunity for growth is huge,” says McDowall.

“Growth in digital audio will come from digital campaigns,” concludes McDowall, “not broadcast.”

Podcasting into the future

Last year, Serial, the true crime investigation spin-off from NPR’s This American Life, thrust podcasts back into the limelight as a newly trending format.

However, according to Dan Calladine, head of media futures at Carat Global, the reality is that they have been slowly growing for years: “I’m a big fan of podcasts and now find that the independent, ad supported ones I listen to outnumber my BBC favourites.”

“Whilst it’s a bit baffling to listen to something like Gimlet Media’s Reply All, or Marc Maron’s WTF and hear ads for things I can’t buy, what they are pioneering is a particular type of native ad where the presenters promote products as part of the show itself.

“Lots of podcasts are starting to do this, meaning that the ads are one-offs, and part of individual episodes of shows. Some podcasts are members of ad networks who manage sales; for example, WTF is a member of Midroll Media, who report that the ads in WTF are pretty much sold out for the entire year.”

This new way of advertising in podcasts is not seen as disruptive (or at least as an acceptable trade-off) by the listener, and is clearly growing in popularity with advertisers. The missing element is the ability to target advertising – hence why he get ads for things he can’t buy.

However, targeting is coming. Companies like Triton Digital and Panoply now offer the programmatic potential to insert ads specific to the user at the point of download. According to Calladine, “the challenge that this poses is how to keep the charm and authenticity of the ‘hand-made’ ads with the targeting power and flexibility of programmatic.” 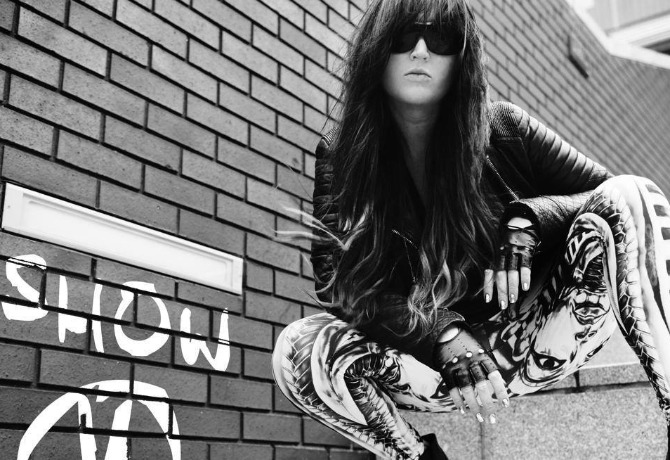 The voice of the artist

“New technologies are evolving all around us,” she adds. “Imogen Heap recently talked about Blockchain technology, borrowing the idea from the digital currency Bitcoin to create a new business model for digital audio – ideas like that could change everything.”

Knight went on to discuss a “crisis of proliferation” in digital music. “There is just so much,” she says.

“Personally I set myself the challenge of listening to every album ever, and, last time I checked, just the Spotify catalogue would take 798,556 years.”

Audio formats moving into programmatic trading spaces offer the same relevance-led targeting criteria that is driving digital display and video, according to PHD global strategy director Rohan Tambyrajah. This is being used to connect with people with improved contextual and behavioural accuracy.

“Getting cut through in digital spaces is becoming more difficult as attention becomes fragmented into more areas,” Tambyrajah says.

“Digital display’s current existential crisis around viewablity doesn’t help,” he adds. “Whilst it’s easy for display ads to be ignored, you can’t switch off your ears, adding audio into a mix creates a more neuro-rich mix of channels that increases the likelihood of the advertising being actively processed.”

“Digital audio is red hot. Advertisers need to go there, it’s the smart next place for advertisers to look”

Looking to the future, Tamyrajah feels the current renaissance in podcasting driven by the likes of ‘Serial’ continues, brands could take audio content as seriously as they currently treat video content.

“No doubt spheres of influence are already developing in this area, and that means opportunities to borrow credibility for them,” he says.

“Likewise as streaming services grow in penetration and the cost of data decreases, the opportunity to connect with people through audio on mobile devices becomes an opportunity that could pull on all the contextual triggers mobile advertising currently tries to.”

The future will be digital audio

The take home-message for advertisers from October’s UK Digital Upfronts focused on the importance of audio, with the correct choice of music reported to increase sales by 30%.

According to newly appointed ZenithOptimedia UK chief executive Grant Millar, no advertiser in the UK has really got to grips with digital audio and advertisers need to “look in and look hard”.

For advertisers, digital audio has lagged behind other media such as TV and print with its ability to project a campaign globally. However, with the innovations that are constantly developing in the field, the opportunities to advertise globally through audio are becoming more widespread.

Independent ad supported podcasts are becoming more prevalent and radio stations are widening their listenership, while streaming sites are constantly competing and evolving to suit the consumer.