The Financial Times (FT) has acquired a controlling stake in branded content company Alpha Grid, as it looks to boost its own content creation offering for advertisers. 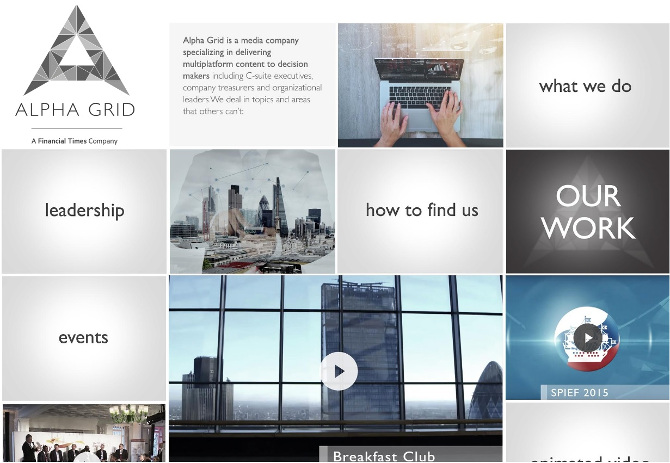 The newspaper last year launched its content marketing studio FT², and in April introduced a ‘Paid Post’ ad format, which it claims has helped to increase revenues from branded content by more than 30%.

The FT argues it is seeing increased demand from advertisers for “multimedia brand storytelling aimed at global decision makers”, and hopes the acquisition of London-based Alpha Grid will help in all stages of the process, from concept and research to development, design and build.

Chief executive John Ridding said: “Alpha Grid, with its reputation for quality, innovation and strong client relationships, will further strengthen the FT’s presence in branded content, especially in the area of digital and video. We have been working with the team for some time now and feel they are a strong fit for our strategy and ambitions.”

Roslyn Shaw, managing director of Alpha Grid, added: “Our differentiator has always been our passion for business and financial content, and our ability to tell stories in a way that engages decision maker audiences, so we couldn’t ask for a better partner than the FT.”

Last month, the FT revealed the appointment of Jon Slade as its first chief commercial officer, ahead of the impending departure of long-serving global commercial boss Ben Hughes later this year.