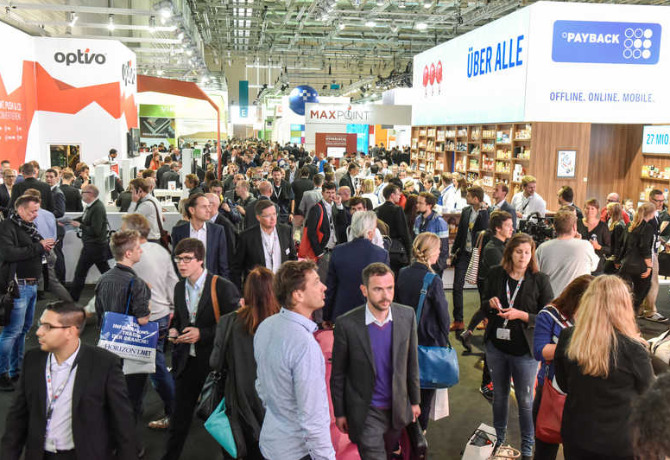 “What I would say is that Evan Spiegel shouldn’t be disappointed – he has time, he is only young,” says GroupM’s digital guru Rob Norman, tongue wedged firmly in cheek.

He is referring to M&M Global’s recent poll to discover the most influential leader in international media and marketing. Our readers voted Norman into eighth place, just ahead of the Snapchat entrepreneur.

“It may have been the most entertaining thing that has ever happened to me in my life, and I was absolutely thrilled,” he adds, smiling. “I was the only practising media guy in the top 10, so that is one for us. And as a career preservation move, thank heavens Sir Martin was number one.”

We meet at GroupM’s stand on the first morning of the Dmexco 2015 digital marketing conference in Cologne, Germany. Over 43,000 people have crammed into the exhibition halls, with more exhibitors than ever, and Norman is impressed.

“Dmexco, given its size, pulls off something pretty remarkable: the strike rate of people that are here, compared to people you want to see. It has the most amazing density of relevance,” he says.

“Clients and agencies that don’t come, thinking it is German or European, are missing the importance of it. Look at the presence of AOL, Yahoo, Facebook – I don’t think there is a trade show anywhere in the world that they put as much into.”

On the second day of Dmexco, Norman was due to deliver a keynote speech in the Congress Hall on ‘the rise of the app ecosystem; the end of fragmentation and a return to scarcity’.

Despite his enthusiasm for the event, Norman offers a word of warning for the multitude of ad tech upstarts packing out the exhibition. Too few, he argues, offers anything truly unique in the marketplace, and precious few will achieve the kind of growth needed to sustain long-term survival.

“There are people here dancing on the head of a very small pin. Good luck to them”

While there are some durable businesses among the “very large number of fast-growing pygmies”, an “extremely small” proportion will achieve escape velocity and will either disappear or be acquired, claims Norman.

“When you look and wonder around, and you see all the companies involved in some fusion or other of programmatic, data, targeting, attribution and so forth, I suspect you could tear the tagline off and 75% of companies, put them in a hat and take them out again, you would still be pretty close,” he says.

“There are people here dancing on the head of a very small pin. Good luck to them. But not all of them can survive and there is a massive shake-out due in this category.”

Reflecting on the changing nature of advertising, Norman believes must brands forget the idea that smartphones and tablets constitute technology – just as those of earlier generations do not consider the television of telephone as ‘technology’. Younger consumers, he adds, are coming from a “very different place”.

He also believes that the surge towards so-called 100%, ‘end-to-end’ attribution modelling must be treated with a degree of suspicion: “I think there is an overdependence in this environment on thinking the world begins and ends wherever there is a digital footprint and consumer behaviour.

“There is an insufficient recognition of the white spaces of behaviour, and media and advertising impact. Because they leave no trail, are in danger of being undervalued.”

As a consequence, there is a growing “valuation imbalance” between digital and more traditional media, with some digital assets “overvalued”. “That is a significant issue going forward, especially if you are in the newspaper, magazine or television world,” he says.