Hearts & Science chief executive Scott Hagedorn talked to M&M Global editor Alex Brownsell about how media’s position in the marketing industry has changed over the past two decades. 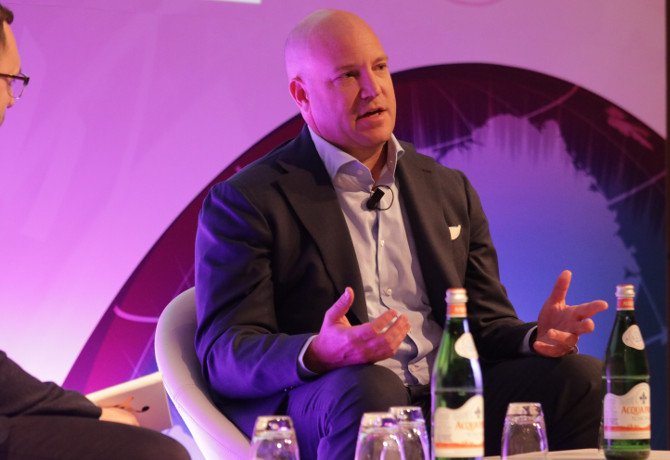 It has been a whirlwind 12 months for the former Annalect chief executive, who this week was crowned ‘Executive of the Year’ by Ad Week magazine.

Fresh from winning Procter & Gamble’s media business in the US, Omnicom Media Group tasked Hagedorn with creating a new data-driven agency network, named Hearts & Science. One year one, and the agency spans three continents, employs nearly 1,000 people and has become a $100m-plus business, thanks also to the addition of AT&T as a client.

Making a rare public speaking appearance at Festival of Media Global 2017 in Rome this week, Hagedorn argued that the coming together of programmatic trading, tech stacks and data science is enabling the agency to create deeper relationships between brands and consumers.

If the first stage of media was “investment”, and the second stage was “strategy”, he claimed we are now entered the era of “orchestration”, a belief fostered by his career that has encompassed direct marketing, CRM, media and data companies.

“A media agency itself can’t run anymore as just a service or business, it has to be a combination,” he said.

Hagedorn said he could not name a client that did not have some aspect of its own ad tech stack, and argued the next step for clients was to “own” the stack decision and flexibly adapt it to their environment, with agencies helping to operate – exemplified by P&G and AT&T operating very different data set-ups.

Looking at YouTube and its recent brand safety crisis, he argued the platform needs to be re-engineered as the front-end currently seems to be built for a search reality. While he felt the recent scandal had been “gamed from a reporting perspective”, he also said it had exposed how the system really works.

“I don’t think we’re asking enough questions about how these platforms build brand equity – we need a new set of math to make them work which might be frequency or format based,” he commented.

On the hotly-debated topic of AI, and how it will impact the media industry, Hagedorn insisted that – as it stands – AI is only capable of reading a still image, and certainly cannot offer context to video.

He also expressed concern about who is caring for and feeding the AI. “Does every brand need its own AI based on their own brand values?” he asked, addressing the risk of trying to universally define brand safety when people might not agree on universal definition.

Looking at what comes next for the agency, Hagedorn was cool on the suggestion that Hearts & Science will urgently look to add to its client portfolio, claiming that the focus will to be doing work for existing clients “that were bold enough to go for us”.

“We’re most concerned about delivery, I hope we achieve those things,” he concluded.