Gregory Kukolj, global head of media and digital at Heineken, tells M&M Global why the brewer is using media to inform its most fundamental marketing decisions. 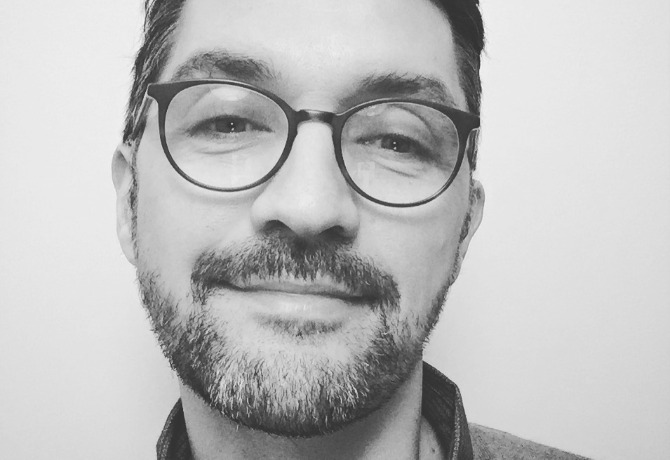 Heineken’s marketing and media teams enjoyed something of a lap of honour last year.

The brewer was feted as Creative Marketer of the Year 2015 at the Cannes Lions Festival, and was able to sit back and watch as the world’s biggest advertisers scrambled to reassess media agency arrangements in the wake of the new data-driven marketing landscape.

It was a process Heineken had undertaken back in 2012, when the company – a hotchpotch of divisions assembled after a decade of aggressive M&A activity – took the knife to its own patchwork of media activities.

At the time, Heineken worked with 14 different media agencies, owned by six networks, and media was managed by local teams, such as Heineken USA and Heineken Asia Pacific. The business was consolidated into Publicis Groupe agency Starcom Mediavest Group (SMG), and the firm’s global team set about creating a more consistent international methodology.

“At Heineken, media is no longer viewed as a transactional discipline, and something that happens at the end of the funnel”

At the heart of the approach, according to Heineken’s global head of media and digital Gregory Kukolj, is a recognition that an early consideration of media can transform a campaign for the better. “At Heineken, media is no longer viewed as a transactional discipline, and something that happens at the end of the funnel,” says Kukolj, a judge at this year’s Festival of Media Global Awards.

“We have managed to elevate media to a true value proposition, and a strategic discipline that sits at the same moment, and sometimes even earlier, in the planning process. This has brought massive changes in the way we craft marketing communications.”

By using media to “inform” rather than “enhance” campaign development, Kukolj claims Heineken is able to create “super-relevant” advertising that is appropriate to both consumer and platform. It is this ‘scaled contextualisation’ he is hoping to see from entrants to the Festival of Media Awards 2016.

“We have completely flipped the way we view media at Heineken in the development process, so we understand when our audiences are most receptive to our messages,” says the former Sony and Canon marketer. “To me, a media-neutral idea must be translated into a telling strategy – what is the role of the channel to inform this narrative? Once we have this right, this will then inform content development efforts.”

This philosophy has shaped Heineken’s media approach to sponsorship programmes for properties such as the UEFA Champions League, Rugby World Cup, Olympic Games and James Bond movie Spectre, as well as its global ‘Cities of the World’ and ‘Moderate Drinkers Wanted’ (see below) campaign.

It has also helped the company to ensure it is making the best possible media decisions across its 200 brands worldwide. Kukolj regularly references Heineken’s global marketing “community”, and says he has looking to increase the level of knowledge-sharing across local and regional teams.

As lead on Heineken’s major digital partnerships with vendors like Facebook and Google, Kukolj will set the guidelines for engagement with these platforms. The brewer’s long-standing partnership with Facebook – it signed a global deal in 2012 – has helped to create a “test and do” mind-set, he claims.

“Facebook in 2012, when we signed our first global deal, was nowhere near what it is today. The global agreement enabled us to create exposure and urgency much quicker than companies around the world, and to drive a ‘test and do’ agenda,” he says.

“Where we go now is making sure that these investments are contributing to sales; the measurement is very important. It’s no longer about educating why we should be investing in this platform, it is more how we can make sure these mature relationships much more beneficial for us.”

Learnings from work with newer partners must be “fast-tracked to the rest of the community”, he says

However, Kukolj acknowledges that the media landscape is moving so quickly that the firm must allow local teams to try out new media owners and start-ups, and then offer advice to colleagues in other markets should the platform develop international scale.

Dividing potential media partners into ‘now’, ‘new’ and ‘next’, he says the learnings from work with newer partners must be “fast-tracked to the rest of the community”.

“Global and local play a very different role. At the centre, the global team is here to inspire and support the community of media managers who, at a local level, are empowered to lead their company in the connected era,” says Kukolj.

“What is extremely important at the centre is the tracking of this. It is very much around community management, to create market acceleration and reach excellent standards in the way we implement media.”

While Heineken may have stolen a march on the industry with its global alignment of media management, Kukolj admits the advertiser has some way to catch up in its use of data.

He cites fellow CPG companies such as Procter & Gamble, Mondelez and Kellogg’s as having “jumped on the train” earlier than Heineken when it comes to data, and said the presence of technology such as Data Management Platforms is still “relatively new” to the organisation.

When Kukolj joined Heineken four years ago, only 9% of its media investment was driven through digital media channels. This has now reached 23%, with the aim of placing half of all global media spend behind digital channels by 2020 – and even more if programmatic TV takes off (“Who knows what programmatic TV will be in 2020, will it be 15% or 20% of the TV planning and buying industry?”).

However, this slower take-up of precision marketing is no bad thing, he argues, not least because of the as-yet unfulfilled promise to introduce more creativity into programmatic advertising: “In reality, this is kicking off at exactly the right time for Heineken. We have managed to convince our community around the world, even at CEO level, that a data-driven, precision marketing agenda will drive efficiency, effectiveness and benefits in the future.

“However, in 2016 there are key opportunities to harness, one of which is to bring creative to the data-driven, programmatic table. Data-driven marketing is firmly established in the media buying process, and campaigns are becoming much more intelligent and accurate, but the creative side is not yet completely taking advantage of the data insights that can be harvested from this approach.

“The merger of creative with programmatic operations for us is going to be key in driving customer engagement to its full potential in 2016 and beyond.”

If 2015 was a moment to pat itself on the back for recent accomplishments, then 2016 is the year Heineken puts its nose back to the grindstone and tackles the influx of available data. Succeed, and Kukolj can lead another toast.