Deepak Sonpar, associate director of MediaCom India, explains how it transformed its ‘Removing the Stains of Social Inequality’ campaign for Ariel into an internationally award-winning case study. 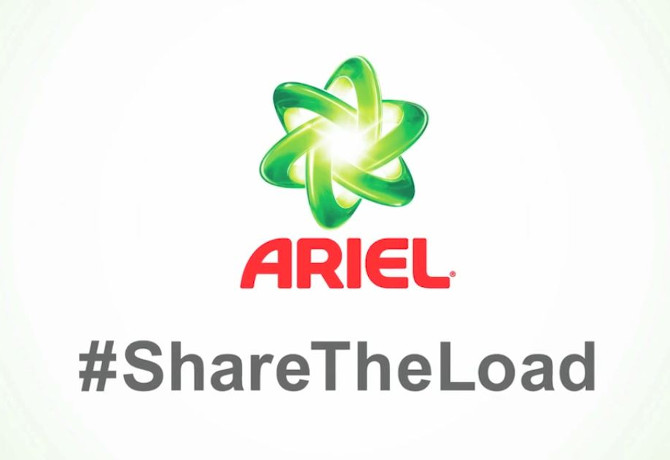 Ariel’s ‘Removing the Stains of Social Inequality‘ campaign, which encouraged men to share the traditionally female chore of washing, was crowned ‘Campaign of the Year’ at the 2016 M&M Global Awards.

On the Indian Subcontinent, washing is seen as women’s work. It doesn’t matter what a woman does out of the home. If she’s a director, a highly qualified professional or even a CEO, doing the washing is part of being a “good wife”.

Procter & Gamble-owned Ariel’s best weapon in the detergent war was to ask a simple question: “Why couldn’t a man do the washing?” This was a powerful global truth that could not only work on the Indian subcontinent but also add value elsewhere.

The objective was to launch Ariel Matic, a new premium detergent in the Indian Subcontinent, including India, Pakistan, Bangladesh and Sri Lanka, but the message went much further – going viral in 22 countries in 16 languages. Ariel used the content as far afield as Germany, Portugal and Spain.

The campaign, by MediaCom, won every M&M Global Awards category it was entered for: Best Use of Content, B2C Campaign of the Year, Best Multiplatform Campaign and The International Effectiveness Award.

Deepak Sonpar, associate director of MediaCom India, explains why the agency chose to enter the case study, and how it tackled the challenge producing a concise but compelling submission.

What was the internal selection process for the case study?

Sonpar: “At Mediacom, there are two ways to spot a potential winner. We have a global internal award judged by a global jury that helps gauge the potential of all entries. Also, we enter in key local awards; winning here is a signal that our piece of work stands out in the country. Once the entry is selected, a team of experts gets together to fine-tune and re-construct it for the global awards.”

How did you evaluate the potential of the campaign – was this only due to the impressive results?

“We look for campaigns that have delivered in a connected systems-led thinking, strategic intent and brilliantly connected execution. Ariel stood out for its communications model sparked from a very strong local insight, its impact on society, i.e. women of India, and the impressive results.”

How did you select which categories to enter?

“We craft entries which are sound in connections across overall thinking, strategic intent and connected execution. We start by writing a detailed generic entry containing all elements of the campaign and the results. We then adapt it to relevant categories we intend to enter. Elements are elaborated of removed basis the category. This also helps maximise the number of categories we can enter.”

What new information or materials were needed to create or build on the case study?

“The campaign was a roaring success for Ariel. We not only achieved results for the brand, but also led change of behaviour. It showed in all our social listening reports, consumers were overwhelmed with the idea. We had all the material needed, completing it in limited words and a two-minute film was the challenge.”

How did you put together the video reel?

“Here we got help from the Mediacom global marketing team who helped us put together the video reel. The central team is armed with years of experience across awards and they helped us put the concept in a context suited for a global jury. The storytelling is very important, it was kept simple – Indian context, insight, idea and execution, and results.”

What was your experience of producing, writing and getting your client’s sign off?

“Given at our success in awards in the past year, the client has been very supportive of Mediacom entering several awards. The feeling of winning global awards and recognition from global client-teams is euphoric.”