Rugby is attracting an increasingly diverse global audience and a growing array of brand sponsors. Ben Bold considers the potential of the 2015 Rugby World Cup. 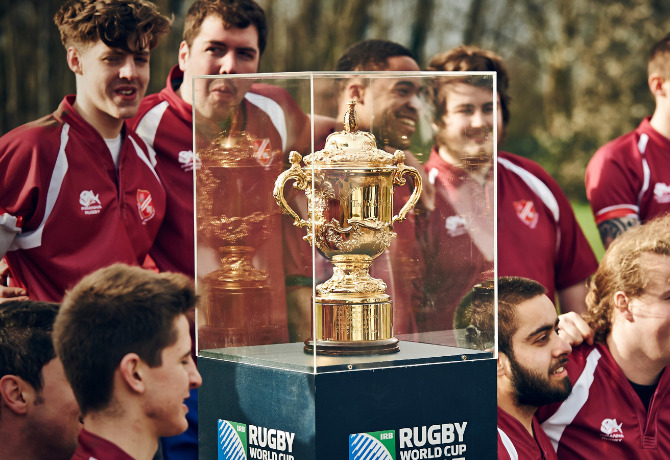 This Friday (18 September) will see not only the start of the biggest event in this year’s sporting calendar, but also a number of global and local brands kick off their marketing associations with the 2015 Rugby World Cup.

The 48 matches being played in 12 venues across England and Wales are on track to attract the sport’s biggest-ever global audience, with nearly 2.5m tickets sold and 400,000 international visitors set to visit the UK.

For official partner Land Rover, the sport’s surge in popularity is a massive boon. Mark Cameron, Jaguar Land Rover’s brand experience director of global marketing, tells M&M Global: “It’s now officially the third biggest sporting event in the world, driven by the growth of rugby in emerging nations, in countries like Russia and the US, while from Rio 2016 it comes into the Olympics as well.”

A veritable smorgasbord of advertisers from all corners of the globe have forged links with the six-week event, as either one or six top-tier worldwide partners or lower-tier official sponsors.

Many have already launched their marketing activity ahead of Friday’s opening ceremony. For instance, Land Rover has been involved in a trophy tour and, in August, launched a brand campaign under the banner #WeDealInReal and comprising advertising, social media, experiential and global media partnerships (below).

Brett Gosper, chief executive of World Rugby, the organising body, is understandably enthusiastic about the opportunities for brands.

He tells M&M Global: “Rugby World Cup is one of the world’s largest and best-loved major sporting events, and our partners not only enjoy partnering with a brand that they can trust that delivers major market visibility across a six-week window, but also the value of connecting with a rugby audience that is engaged and very much brand aware.”

His sentiments clearly resonate with Land Rover, which has been involved in rugby for 20 years. “If you want to be a big brand in sport, don’t spread yourself too thinly over lots of sponsorships of different sports,” Cameron advises.

“For Land Rover, it’s sailing, rugby and equestrian sports, not football. Sponsorship of a sport is a great connecting point with the demographic of a customer and the crown jewels of that sport is obviously the thing to secure.”

“In the FIFA World Cup, the quality of football is not as good as in a Champions League. You can’t say that with the Rugby World Cup, where the quality will be first class”

For Tim Crow, chief executive of Engine Group sponsorship agency Synergy, there are three main advantages in aligning a brand to an event the stature of the Rugby World Cup.

“The first thing that it gives you is great platform for an integrated campaign,” he says, stressing the word ‘campaign’. “That’s how at Synergy we encourage clients to think – not about rights first, but about what the campaign should look like.

“The brands that missed something in sponsorship are the ones that think about rights first and then what they can do with those rights, rather than think about campaigns.”

“On top of that, rugby has a strong sense of values. When you’re talking to fans and non-fans, people have a clear sense of what the values are – such as respect and teamwork.

“The third big advantage is that as a worldwide partner, there is a lot of visibility in and around the tournament.”

That growing visibility on a global stage is what makes rugby so attractive for brands, according to Gosper. “World Rugby’s mission is to grow the global rugby community and Rugby World Cup 2015 provides us with a golden opportunity to reach, engage and inspire new audiences within new markets and communities, which is really exciting,” he says.

“Our broadcast strategy is to maximise visibility in major markets that are emerging in a Rugby context such as the US, India, China, Mexico and Brazil. The free-to-air footprint for England 2015 will be bigger than any previous tournament.”

All of this is good news for the likes of Land Rover, which sells cars in 170 countries and is keenly watching rugby grow in popularity in many of its most lucrative global markets.

As well as core markets such as the UK and France, emerging markets are becoming more important to the car brand, and rugby’s growth in Japan and China is building up nicely. “In China you don’t need much share of audience to get a big number of viewers,” Cameron says.

Fiona Taag, global head of sponsorship at DHL, is equally enthusiastic about rugby’s following beyond the more obvious global markets.

“Obviously, rugby has a hardcore following in markets in both hemispheres – the UK, Ireland, France, South Africa, Oceania spring to mind,” she says.

“However, we see the sport developing rapidly in many more markets – 119 countries now participate. As an example, we see growing enthusiasm for rugby in the US, driven not only by the appeal of a sport with speed and physicality, but also by the fact that the sevens format will feature in the Rio Olympics programme next year.”

Interestingly, Taag says that DHL is also promoting its World Cup partnership in markets that for which rugby is markedly nascent. “This is one of the advantages we bring to our partners,” she says.

Demographically, rugby tends to attract consumers at the ABC1 end of the market. For Land Rover that is a significant factor.

“There aren’t many [sporting events], if any, that give you the audience in one tournament,” Cameron says. “The interesting thing about rugby is that the demographic that play and follow rugby union in pretty much any country tends to be the higher-educated and wealthy, so if you’re a luxury manufacturer like us, it’s very targeted.”

But Synergy’s Crow is quick to point out that rugby’s demographic appeal is broadening.

“The last time the Rugby World Cup was in this part of the world was in 1991, when it was a minority, amateur sport,” he says. “It’s now wall-to-wall TV and unquestionably the second biggest sport in the UK.”

So how does a brand deploy a multifaceted media plan that has reach in myriad markets and media platforms?

“Creating an integrated campaign is a big challenge for any brand – to create a campaign that has meaning and excitement that will work worldwide and that can also be localised,” says Crow. “It’s a very significant challenge.

“The second part of that is the technical challenge of timing and phasing. How early do you activate your campaign? A lot of brands start with a month to go. How do you phase your campaigns as the tournament progresses; and what do you do in a country when that country gets knocked out, because the whole atmosphere changes?”

It’s a factor that becomes especially pronounced in the tournament’s host country. “It creates a different tone and atmosphere around the tournament,” Crow says. “If a brand has invested in the English element of the campaign, they must put out a lot of campaign work before the knock-out phase, just in case. And you have to plan for if a team does really well.” 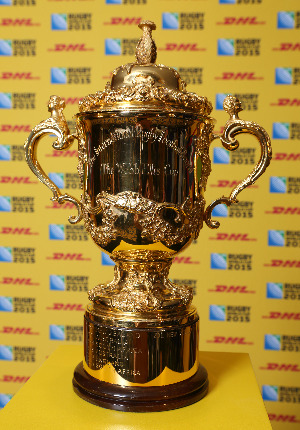 For brands like DHL, its approach is apparently similar to our overall business approach, says Taag, namely having “decentralised execution in a centralised network”.

She adds: “In other words, we manage the relationship with the partner centrally and develop global campaigns and toolboxes, and we then allow our individual countries to adapt them and to run activities that are the best fit for their markets.

“With this, we avoid the risk that certain messaging or preferred media channels might have great success in one market and then flop in another, due to differences in culture, purchasing habits or the media mix. It means we can also tailor our campaigns in every market to communicate best to customers and deliver the most impact.”

On a global level, DHL uses social and digital channels to reach and engage with fans, with interactive content and advertising activity such as its #ScrumShareWin competition on Twitter. “This means that we can squeeze even more value out of what is already a high quality partnership,” Taag explains.

Meanwhile, Land Rover’s activation will “crescendo” with its broadcast activity, rolling out from the start of the tournament. “We’ve got 50 different creative treatments, vignettes taken from 11 countries. We’ve taken a local approach, shining a light on where the game starts for players and fans,” says Cameron.

“We wanted a treatment that graphically went across all countries. The story about what it means to be in a club in Tonga or in Halifax in the UK. The story is the same – the clubs are doing their best to survive at a local level. For me it feels natural.”

While the main partners’ and sponsors’ multimillion-pound investments in the Rugby World Cup will see them mine the richest marketing seams around the event, individual team partners such as O2 will also benefit.

For Crow, this team-based association has its own advantages. “The big advantage for a brand that sponsors one of the teams is that they have an advantage the Rugby World Cup sponsors don’t get, with no rights over the teams,” he says. “They have to sign deals to use players in campaigns with a team.

“If a brand sponsors a team, it can use that association throughout the tournament, while being careful not to infringe the Rugby World Cup. But they don’t need to as they’ve got an association with the team.”

Halo effect around the sport

With a tournament of this size, it’s also inevitable that brands with no official World Rugby or wider team ties will seek to align their brands with the sport.

Gosper acknowledges this: “Rugby World Cup is a truly global celebration of Rugby and everyone can benefit from the halo effect around the sport, while respecting the commercial rights framework.”

However, Crow is doubtful that the event will attract the high volumes of guerilla-style marketing that other past sporting events have attracted. “For a brand with no association with rugby they will try to gatecrash the World Cup,” he says.

“But I think those days of those sort of stunts are [for the most part] are gone. Apart from anything else, the need to do it is not perceived to be as great as it used to be. I don’t think it’s as fashionable.”

“Partners can see the results of their investment, whether that be mass participation programmes in the US or a high performance centre in Samoa”

Rugby itself, though, is benefiting. While official partners will expect the event itself generate the biggest marketing ROI, Gosper is adamant that the advantage of their association will not cease come the tournament’s denouement.

“With Rugby World Cup commercial revenues reinvested in the development of the sport worldwide, partners can also see the results of their investment, whether that be mass participation programmes in the US or a high performance centre in Samoa.”

Whichever team wins the tournament – and tipsters admit it is nigh-impossible to call – the event marks a triumph for the sport itself.

Brand associations and media partnerships with the Rugby World Cup are on track to accrue around £250m – £100m more than the 2011 Rugby World Cup generated. That is great news for World Rugby, and is a testament to the value that brands perceive in the sport.

With the tournament expected to attract a TV audience of four billion, and the final predicted to be seen live by more than 150 million fans, rugby offers an unprecedented global appeal for worldwide advertisers. How this appeal develops over the coming decade will be of interest to a growing array of brands.