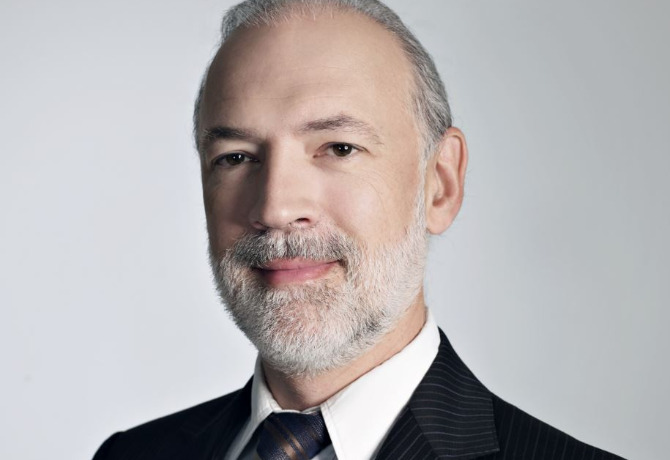 The past couple of years have been troubling for brands operating across Russia and the former Soviet Union. The war in Ukraine, subsequent sanctions imposed by Western powers, and a fall in oil prices has led the World Bank to predict that Russia’s economy will contract by 3.8% in 2015.

This “crisis”, as Vasyl Latsanych describes it, has forced local advertisers to reassess the messages they communicate to consumers, as well as the media channels to use to reach that audience.

Latsanych is the vice president, marketing, at telecommunications provider MTS, the largest mobile in Russia and the CIS region. It boasts over 100 million customers across Russia, Armenia, Belarus, Turkmenistan, Ukraine and Uzbekistan, with services ranging from fixed-line telephony to TV. It also boasts a retail network of 4,500 MTS-branded stores in Russia alone.

M&M Global meets former Coca-Cola marketer Latsanych in London, where he is attending a conference, and looking to learn from the behaviour of digital giants such as Google. Data is at the forefront of his mind, primarily how to capitalise upon the huge amount of customer information it possesses.

However, and despite the claims of rival telco businesses, he does not believe MTS will arrive upon a golden solution any time soon: “We have to prod the ground and try to create more business streams, but it is doubtful how much of a return it will bring in the next couple of years.

“I know a couple of carriers are saying they have done big data successfully, and they will bring in 20% of revenues by 2018 or 2020 from data, but I can’t believe that. And I wouldn’t dare to say that – we will try our best to at least ensure the business grows with the new streams when it stops growing with the old ones.”

The “curse” of large-scale telco operators, of course, is that they have been forced into a defensive posture by the need to protect vast revenues built on the stuttering voice and SMS market. Latsanych was instrumental in MTS’s pivot towards mobile data in 2012, demanding the majority of its marketing budget went on promoting data services. Today, he says, they must remind themselves to communicate voice products from time to time.

Latsanych assumed the top marketing role in 2011, after several years running MTS’ business in Ukraine, notably during the 2008 political crisis. He says the lessons learned during that previous incident helped the brand to prepare for the latest conflict to engulf the region.

“MTS and UMC [the brand name prior to acquisition by MTS] were both the first players in their respective markets – the most established and respectable, and also most expensive. We needed a dramatic change to knock MTS down from its golden pedestal of being the most expensive,” says Latsanych.

“When the crisis came, it was in our favour. People were looking for good value”

“We changed the way people see our brands, from established and expensive, to being innovative and one of the most, if not the most, affordable. So when the crisis came, it was in our favour. People were looking for good value.”

The brand overhauled its marketing strategy for Russia, dropping its tagline ‘A step ahead’ in favour of a new message, ‘You know that you can’, which Latsanych claims is “more in tune with customer enablement and empowerment”.

MTS has also looked to evolve its message to appeal to a younger audience, without alienating existing customers. “I can’t say we’ve always been extremely successful, but we’ve had some successful projects,” he adds.

A new approach to media

Russia’s economic difficulties have resulted in a new approach to media. MTS has moved away from “expensive” sponsorships and broad-brush below-the-line projects in favour of greater targeting, adapting national advertising campaigns with localised messages on regional TV and outdoor sites.

“We can’t avoid the mass channels like television, but we are trying to get as targeted as possible with our messages,” says Latsanych. “Then we can tweak and tune that message for local transmissions and billboard. We have some price differences we have to convey to different areas.”

Inspired by auto manufacturers such as Mercedes-Benz, traditional media marketing is becoming increasingly brand-led, with more complex messages conveyed through digital channels. That complexity, he says, is perhaps the most challenging aspect of his role.

“I used to work for six years at Coca-Cola and it was a nice and easy job – here’s a Coca-Cola, it’s a new bottle in this shape, go and buy it. Oh, and it’s red,” he jokes. “When I went to mobile in the age of voice and SMS, it was so much more complex, even at that time, and now it’s rocket science to get the necessary information to the people.

“Mercedes-Benz never speaks about the qualities of its cars, it only speaks about the brand. And then when you go to the website or magazine, you will see all the things they do. The frontline can’t carry anything more than the brand, and that is pretty much what we see.”

And these changes are leading to a more demanding relationship with agencies, who often lack the skills to truly innovate in new channels such as social media, Latsanych argues.

While MTS’ creative account resides with Omnicom’s BBDO, it splits its media business into smaller chunks and makes agencies “ruthlessly” fight it out on an annual basis. In-house agency Maxima – a joint venture with Havas – handles some work, while Mindshare is responsible for strategic media planning and OMD won other special projects.

“Agencies tend to do the old type of job, and we are demanding more from them than they are ready to offer”

“The agencies tend to do the old type of job, and that is a challenge, as we are demanding more from them than they are ready to offer,” he says.

“Social listening is something everybody does, but it doesn’t give you a lot of power. How can you steer and work with that in a way which isn’t brutal, but is still communicating certain values around your brand? When we turn to agencies and ask what they can do for us, we realise there isn’t the required level of expertise.”

Despite the economic problems of its domestic market, Latsanych is determined for MTS to adopt a progressive approach to marketing and data, particularly as traditional revenue streams begin to dry up.

Expansion will not be easy, given the currency and credit limitations imposed on Russian brands, but the company “continuously watches for opportunities”, he adds.