Passengers can experience the sounds of the Yangtze river as they walk over the SkyBridge to their plane at London Gatwick airport, as part of HSBC’s Water Programme work with WWF. 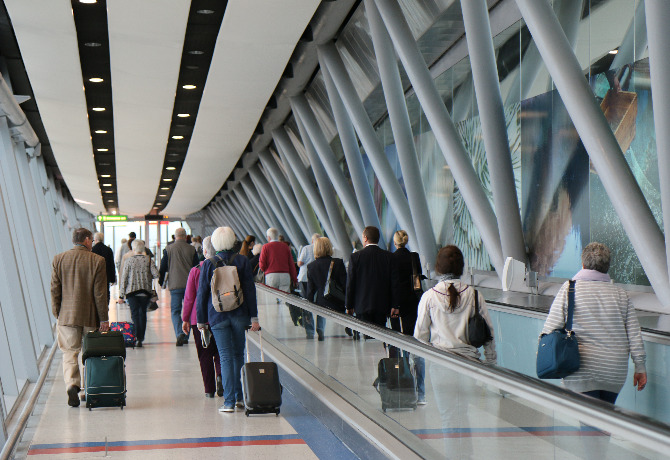 The exhibit, created by JWT is one of the largest interactive installations ever, running 190m along the bridge. It is responsive to time of day, live weather and people’s movements, with different sounds recorded from China’s 6,300km Yangtze river.

JWT Live head Jonathan Terry said the brief was to celebrate the Water Programme which supports communities along the Yangtze River in the “challenging” airport environment. “It’s purely celebratory as opposed to a product based message,” he added.

“I think audio is a very different medium to use,” Terry said.

“What we’re trying to do here is, in a world of cluttered messages – airports are very cluttered environments with a lot of shouty-type adverts.

“We’re trying to use audio to disrupt and engage people in a different way, to catch them off guard and make them reconsider where they are and what they’re doing and arguably get their attention to listen, backed up with messages before and after the installation to really enforce the message.

“This is a way to disrupt, it’s a way to talk differently and maybe get people to listen.”

Terry added that, depending upon the success of the exhibit, which will be measured by survey, a score may be commissioned and put online. “It was always a plan but at the moment it’s very much a physical experience, we haven’t worked out any digital yet, but it could happen – this is up for a year.”

HSBC group marketing director Chris Clark (pictured, below) feels that a lot of companies these days are accused of “greenwashing”, but he insisted the bank is “fiercely proud” of its Water Programme.

“We want to give people something to look at and something to do. I feel very proud of it but it’s just part of us trying to do some interesting things in spaces.

“We’re always here – you don’t get to many airports in the world without us slapping ourselves all over it.”

HSBC has stated that Asia is a focal area for the future. “You ask people about the internationalisation of the Chinese currency, we get put alongside, it so the Yangtze was an easy choice.” 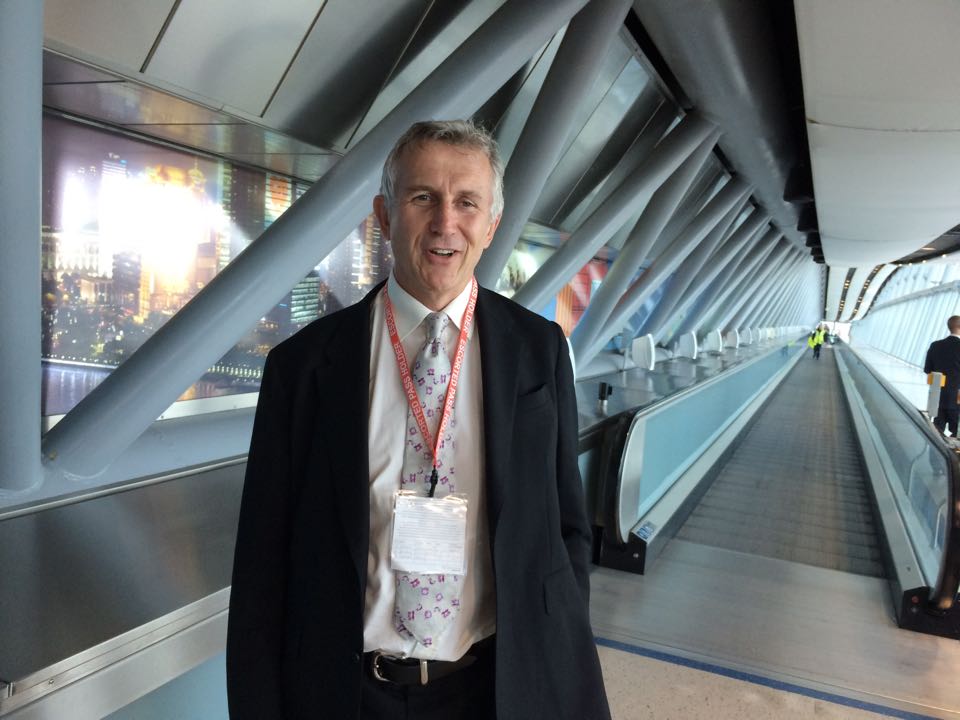 Discussing the recent rebrand of HSBC’s UK retailing banking arm to HSBC UK, Clark said it was a “simple” decision.

“We did some work with customers and it was very clear that any major changes signalled a load of things we didn’t want to see. It signalled we were going to leave the UK, it signalled that we would probably think about selling the UK business and we don’t want to do any of those things,” said Clark.

“The review of our head office [HSBC is investigating whether to move its HQ from London to Asia] continues and that’ll be put out some time next year. But a rebrand of our business here was something that the regulation largely asked for – we had to make it clear, the difference between the two – so we stuck ‘UK’ at the end.”

“How do you give people a proper immersive experience around your brand and how do you also then have dialogue in places people want to talk to you?”

When asked whether OOH was the future of marketing, Clark said “no”, saying that for him, arguing that he foresaw a strategy based on digital, social and fully-immersive experiences.

“How do you give people a proper immersive experience around your brand and how do you also then have dialogue in places people want to talk to you, in social?”

Clark explained that mobile had been left out of the installation so as not to weave the message across too many platforms.

“The chance that, say, Android didn’t work as well as Apple, and you’d come down here and there’s something you’re supposed to be able to pick up that you can’t, and people are running for their plane – it’s sort of one of those things where you interrupt them at your peril, and, actually if you don’t get the technology spot on, forget about it.,” he said.

“We’ve invested heavily in our digital estate across the airport over the last 5 or 6 years and we’ve seen the way advertising is working across the airport changing,” said Sheen. “It’s becoming much more technical and I think what this does is just reach out to passengers in a way that traditional advertising can’t possibly do.”