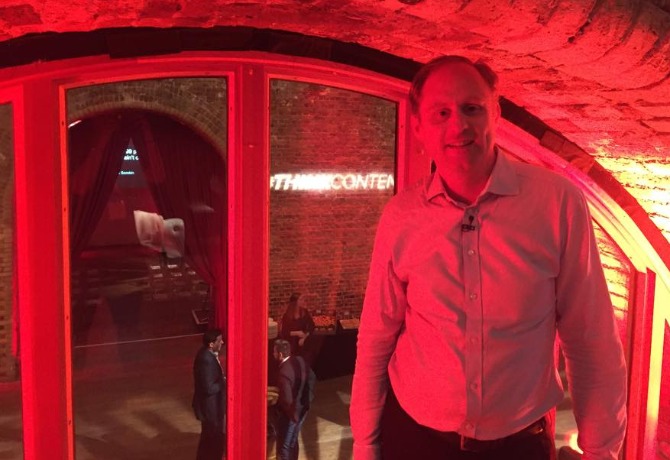 Grill is focussed on the utilising the power of advocates within organisations. “In your organisation, no matter what size it is, you’re going to have people who are absolute experts on various things,” he says.

“Why don’t you get them to have their voice? Maybe someone who doesn’t write for a living but really knows their stuff about a particular topic and you never thought that they could be the best source of information for a particular topic but they get excited because they’ve then got a voice.

“Really use the power within and all the assets at your disposal because the people within your organisation that are paid to be there are your own best advocates.”

Great content, according to Grill, is content we’re sharing. “If I share something I’ve read, I’ll go ‘oh that’s fantastic’, I want other people to know about it’ and that’s for a couple of reasons,” he says.

He also stresses the importance of measuring how content is resonating with its audience.

“I’ve been blogging since 2000. I measure everything, so I do one blog post, I look at my stats on the website, that rated really well where as another post didn’t rate so well,” he says.

“Measuring the post on post on Twitter, I go ‘well I need to write more of that type of story versus the other’ so I think measurability is really important to know how you relate to other people.”

Grill believes that Red Bull is a good content creator: “I think they are content factories because they’ve got such great experiences, whether it be their air shows they do, or the bike race.

“At the end of the day, it’s a soft drink they’re selling but they have such great content that’s almost nothing to do with the product, other than maybe you drink one and it gives you wings.”

“If that comes from and advertiser or a brand and I’ve learned something then that’s fantastic.”

“I think consumers are getting really wise, social media has allowed consumers to do their research, so they think ‘Is that a fake bit of viral content? Has that been set up or is that really a whale that has landed on a ship or something like that?’

“I think you can jazz things up and call it native but I think if you go to close to an ad that’s not with the spirit of what we want to do.”

Having worked at influencer marketing company Kred, Grill felt that pro bloggers made it hard to discern what content is paid for and what’s real.

“I think influencers come in many different forms,” he says. “If you can get a native influencer, someone who hasn’t gone pro yet to produce some really great content, I think that’s to be grabbed on to. But I think when bloggers go pro and they become minor celebrities, that’s where the fine line is between celebrity endorsement and real efficient content.”

Grill feels that agencies are semi publishers in the way they are curating content. “They have to be careful that they don’t write copy and try to pass it off as native but I would like to see agencies actually go and source great influencers, great thought leaders and have them have a voice with the brand because the brand will then learn from their consumers.

“Consumers are people that love and adore the brand, go and ask them what they love about it,” Grill says. “Some of the best content has been written by people who consume the product, not people who write ads for them.”

Looking to the future, Grill says brands are catching up.

“Brands are thinking ‘Oh if we created content, we wouldn’t have to do so many ads and so let’s cut our TV commercial and just put it on Twitter’ and that’s not really doing it properly,” he says.

“The blogger goes ‘oh my goodness, you’re allowing my thoughts and ideas to go onto your site’ the brand goes ‘oh wow, we’ve got another angle to get our message out there’.”

“The future of content is that it’s not always created by the brand, crowdsourcing is probably the wrong word for it, I think it’s from so many different sources, not just influencers but just normal people, not influencers or celebrities but just people who write great stuff.”