Instagram global director of development Daniel Habashi entertained the crowds at Festival of Media LatAm 2015 with his talk on how his company is changing the behaviour of a generation – and how these changes will affect the future of media. 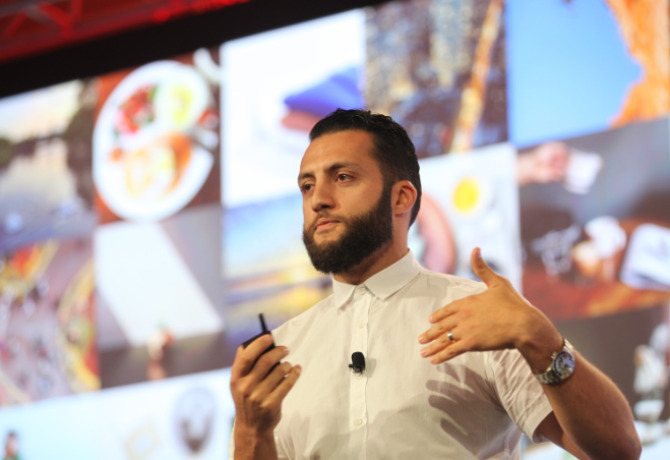 “Creativity continues to evolve,” said Habashi, “Brands are a very active part of our community.”

It is not surprising that Habashi received a warm reception at LatAm – Brazil is the second biggest market on Instagram with Spanish the second most used language on the social media.

He went on to discuss how 74% of millennials on the platform take action after seeing a brand, explaining that they don’t just use the platform for creating media.

He discussed new developments in the platform, including landscape images and videos and 30 second video options for advertisers.

According to Habashi, research has found that Facebook and Instagram are better together. “The context under which people enter the platforms is different,” he said, elaborating that people use Facebook to connect with friends and family whereas Instagram is used for inspiration.

“Community is so important to us – we would not have a business without community,” Habashi said of the company which is just approaching its fifth birthday.

He said the key aims are to have a great concept and be on-brand. “Don’t be scared of your brand being present in the creative,” he added. “Great craft will also always do well, I have seen some great campaigns being done entirely on iPhones.

“A really great idea that is really well executed will always work.”

Discussing the continued growth of video on the platform he said that “video consumption and production can do really, really well”, but that there is no easy answer as to whether pictures or videos were better.

Picking some of his favourite Instagram channels, he mentioned shaving company @harrys, who give relevant content, tips and tricks, whilst staying fun. He also said he enjoyed @thismintymoment and @beigecardigan.