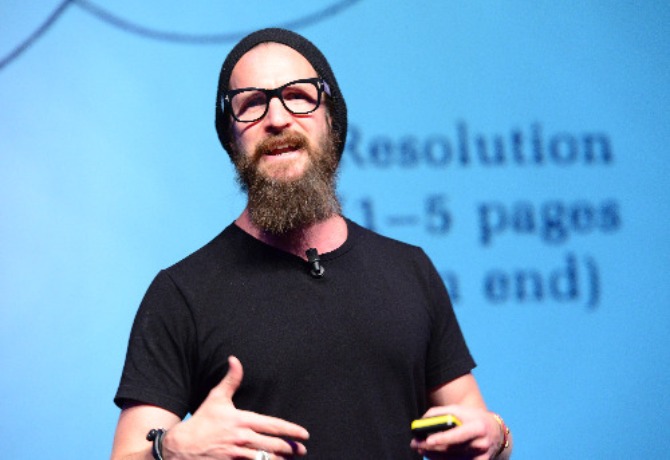 Oliver, who will take on the role of global chief creative officer, will be tasked to lead strategic creative direction for the company which aims to change the way people use and pay for digital devices, while providing a platform for engaging, targeted content delivered to smartphone users.

With 25 years’ global media experience, Oliver is a regular on stage at the world’s industry conferences including Cannes Lions, SXSW and dmexco, with experience at Sky, BBC and The Economist and nearly 10 years at Microsoft as global head of innovation.

“I am excited to be joining a trailblazer like Unlockd, where we’re going to take creativity to new levels developing rich connections and experiences between people and their favourite brands – and rewarding both for it,” said Oliver.

“What inspired me about Unlockd was that they’re not just another mobile ad platform but truly thinking about how we innovate creatively, technically & commercially.

“The team and brand they have built is fantastic and I truly believe with the increased amount of time people are spending on their digital devices we have the opportunity to make real change”.

Von der Muhll has been with Unlockd since 2015 as a seed investor and one of the first employees.

In his new position as chief revenue officer, he will oversee all commercial aspects of the business with respect to revenue generation, along with advertising operations and ad serving, programmatic technology and strategic partnerships.

He has prior experience at Adconion Media Group across the APAC region and currently sits on the Ad Tech Advisory Council.

“I am a true supporter of companies that are leading innovation in market segments through game-changing technologies, and I’m proud to be part of the team that is pushing through boundaries and revolutionising the industry,” said Von der Muhll, who takes up his role in February.

According to Unlockd chief executive and co-founder Matt Berriman, these two new roles continue to reflect the “rapid growth journey” that Unlockd has been on over the last year.

“Attracting and retaining world class talent in the business is a priority for us and I am thrilled JC will be joining our team, and that Matt is expanding into a new and integral role,” he continued.

“They both passionately share our values, have executed on a global stage and have a proven entrepreneurial spirit that will help continue our company’s success globally.”

Watch Oliver’s session at Festival of Media 2016 on why innovation is wrong here.