Emirates has launched a $20m global digital and TV campaign starring Hollywood star Jennifer Aniston, who wakes from an in-flight nightmare about a flight that contrasts starkly with the Emirates’ luxury credentials. 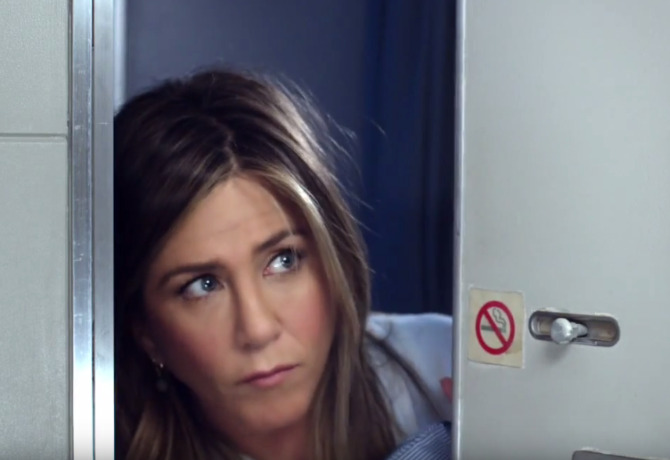 The ad opens as Aniston searches in vain for a shower and a bar onboard a long-haul flight, only to be sneeringly offered hot towels and small bags of peanuts by obnoxious cabin crew.

However, she wakes to find she is actually onboard a super luxurious Emirates flight, ensconced in a luxury private suite. She later asks the barman if he can organise with the pilot for an extra hour being added to the flight.

The TV spot will initially break in the US and United Arab Emirates, before being rolled in November to counties including the UK, Germany, France, Italy, India and Australia. It is also available to view on Emirates’ website and on the airline’s YouTube channel.

Emirates said it has to date spent $20m to secure TV spots across the globe, for both 30- and 60-second versions of the ad.

The campaign was directed by Oscar-nominated director Bryan Buckley, and the creative concept was developed by RKCR/Y&R. The final script was the result of a collaboration between the agency, Buckley and Emirates’ in-house ad team.

Boutros Boutros, Emirates’ divisional senior vice-president of corporate communications, marketing and brand, said: “Jennifer Aniston’s appeal and effortless connection with a global audience makes her the perfect choice for our campaign. As one of the busiest women in Hollywood, Aniston, like many of our customers, enjoys downtime only when she is travelling. At Emirates, we ensure the experience is an exceptional one.

“In a departure from the usual airline industry ads, we chose to take a humorous approach to showcase the amazing products we offer on board. We couldn’t think of anyone better suited for the role than Jennifer Aniston and we wrote the script with her in mind. Her professionalism and comedic talent shone on the set and we are very pleased with the outcome.”