The world of the agency is far from broken; it’s simply the model that needs the attention, writes Kathleen Saxton, founder and CEO of The Lighthouse Company and co-producer of Advertising Week Europe. 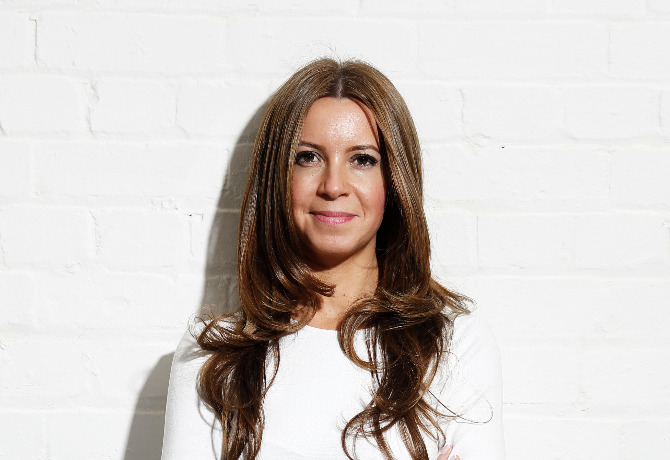 Each year, The Lighthouse Company conducts The New World Talent Survey, questioning around 500 senior leaders across the media and advertising sectors. In 2015, for the first time in three years, we saw an increase in the percentage of those wanting to stay in this fantastic industry.

Leading the way out of the agency world

While this increase is good news for the industry as a whole, the underlying figures tell a very different story for the today’s agencies. Since the 2008 recession, we’ve seen a steady decline in the number of leaders wanting to join the agency world, and in particular, media agencies.

Not too long ago, working agency-side was generally seen as the place for our industry’s smartest and brightest talent. Today, 56% of top leaders in our industry would want their next move to be in to a media owner or technology business – more than three times the number that would consider the agency side.

Irrespective of whether this trend is a temporary blimp or more symptomatic of a wider industry issue, we must not ignore what is behind this change.

Agency talent is still feeling the impact of recessionary squeeze

Even though we have been easing out of the economic doldrums, many of the agency roles that were made redundant during these challenging times have not been replaced.

This has had a huge impact on the workload, and ultimately the motivation, of our top agency talent. Whether it’s the strategists who have had their ‘magic dust’ over pitched, the traders being driven into the ground by procurement or the account directors who have becomes sales masters for ever service the agency offers, practically every role in today’s agencies are feeling the stretch. We’re often told by our candidates that this comes with no additional reward or recognition.

In particular, when it comes to leadership roles in agencies, the global structures of the major groups mean that there is now less control for the domestic CEOs – all of which is playing its part in the ability to reward and retain star performers. We need to see a return to vision and autonomy rather than compliant leadership and simple ratio delivery.

Why the grass looks greener on the other side

Over the past few years we have seen quite an exodus of agency leadership talent to the high reward environments of media owners and technology companies. Long gone are the days when jumping the fence meant moving into hard-nosed sales; the hybrid skills of our best agency leaders are in huge demand by the evolving business models as seen in places like Guardian Labs or Telegraph Create.

When your industry peers can receive up to 100% of their salary in bonus, or if they’re handsomely rewarded with healthy stock options, the temptation to be part of that kind of reward culture is hard to resist. But it’s not just about financial reward – over the past few years we’ve seen the likes of Google and Facebook forge incredibly close relationships with clients – relationships that once were the preserve of the agency. While this might spell bad news for agency-side appeal, the allure of collaborative client working is a tasty carrot that the new breed of media owners are using to attract the top talent.

Ultimately our agencies are creating an amazing talent pool filled with those with the skills most in demand by today’s most forward thinking media and technology companies; the brief-taking, the strategic planning, the cross media, the consumer engagement and the ability to build long-term, sustainable partnerships.

Keeping the best talent on the agency side

Our industry is clearly capable of fostering phenomenal talent, and I strongly believe that there are a number of quick wins to ensure that our agency groups retain their fair share.

Firstly, great leadership is a vital component to inspire and garner the loyalty of those around them. In our survey, those perceived to be ‘the most dynamic leaders’ were believed to be leading the best performing businesses in our poll, regardless of whether in fact the results or working practices of those businesses were actually positive or appealing. Ultimately the agency CEO is the chief cheerleader for the people in their business – if the wrong person is in that role, then that will have a huge impact on the motivation of top talent.

I also believe that agency remuneration could evolve to deliver some form of payment by results for their people (not just their agency fee structures), reflecting the type of compensation package being offered by those companies poaching the top talent. We’ve seen the increasing importance of financial packages in leaders’ decisions to move companies, up four points to 47% in our 2015 survey.

Our agency talent, and the role of the agency, needs to be respected

When questioning the client fraternity, the 2015 International Media Image Survey reveals that the people and management within an agency are the second least important factor for advertisers deciding which agency to work with, way outranked by strong technology, ROI service levels and transparency. This apparent disregard for the importance of, and differentiation created by, human capital is a particularly worrying trend.

In a recent interview, Zaid Al-Zaidy, CEO of McCann London remarked, “When I joined Unilever as a graduate trainee, it was drilled into us from day one that you should treat your agency like a respected partner and you couldn’t command access to its best talent simply because you were the client. I worry that this attitude is no longer being instilled in marketers at the early stages of their careers.” It feels like the industry needs to do more to call-out the bad behaviour of clients towards their agencies, such as the way the IPA did over Heinz’s recent procurement-led pitch process.

However some of the fix definitely has to start at home. Not a week goes by where the Lighthouse team doesn’t hear from someone telling us that today’s agency model is broken. While this message seems to be consistent, we hear very few suggestions as to how it can be made better. It’s always going to be much harder to sell the best talent into a ‘broken business’.

I spend my days and weeks sitting with the likes of Colin Gottlieb, Yannick Bolloré, Rob Horler and other great minds within the agency fraternity and believe me, they have a very strong and positive view of the impact, the influence and the commercial positivity that the agency brain and creativity bring to their clients’ success. Anyone who looked at the Cannes Lions effectiveness wins from brands such as Volvo and John Lewis can be reassured that the world of the agency is far from broken, it’s simply the model that needs the attention.

I for one hope to see much of this debated at Advertising Week in New York later this month.