Crane.TV founder and chief executive officer Constantin Bjerke opened a session on how to create content and experiences to captivate consumers at Festival of Media LatAm 2015 from Miami. 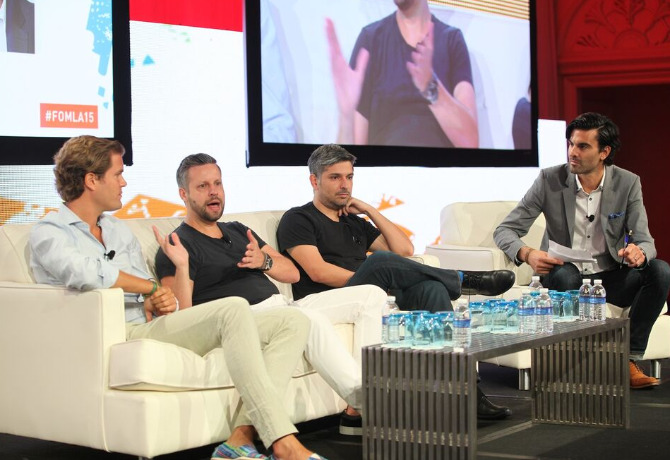 In Brazil, there are 200m people, half of which are online. They spend five hours a day on the internet, of which three hours is on social media, according to Bjerke. “It’s safe to say Brazil is the most socially connected country in the world,” he added.

Three out of 10 Brazilians have a smart phone and 42% sleep with their phone, according to a survey – which also found that they would rather give up coffee or brushing their teeth than their phone. 72% of those surveyed wanted entertainment and information from social media, indicating that they go to their phone with intent and purpose.

“There are two types of content – good content, entertaining, authentic and relevant, then there is bad content,” said Bjerke. “The internet gives us the opportunity to show people when we think adverts are bad.”

According to Bjerke, 85% of ‘skippable’ ads are skipped, which begs the question why do people still make things that no one in the world wants to watch?

The audience was then shown a viral Burger King video in which burger fans with tattoos were asked to try the latest burger, the ‘Big King’, and if they liked it, update their tattoo to represent the brand. Of those approached, only one didn’t change their tattoo due to sentimental reasons attached to the original design.

The gathered audience was asked whether they felt anything having watched the video and only one person said they had not. Discussing this response, Bjerke said “You don’t have to like it, you can hate it – but I think the most important thing is that you’re not indifferent about it.”

When Burger King senior vice president, global brand management, Fernando Machado was pulled up on saying that he didn’t want to sell burgers, he commented “Usually I do – or nuggets, I’m good with nuggets. In this specific case, it did sell burgers.”

Bjerke added: “It’s not that I don’t want to sell stuff – what’s good content for a consumer sells the brand. Good content sells.”

David the Agency chief creative officer and founder Anselmo Ramos commented that, as an agency, they are always pitching ideas. “Sometimes he’ll ask me ‘Is this going to work?’ and I say ‘I dunno’,” he said. “Nobody knows everything – as an industry I think we tend to overthink everything.”

Machado said people kept asking how he found the people to take part. “If you don’t know how to do it, it only means it hasn’t been done before,” he said.

“I think we’re at risk of doing same old, same old but my media budget is higher than my production budget, I know in two hours if it’s working,” he continued. “I think we need to try different things and not be afraid of trying and then put money.”

Ramos added: “If I don’t know how to make it happen, that’s a good sign.” He went on to say that if a good idea comes along, ‘money will appear’.

“It’s good to have diverse agencies that have different talents and backgrounds,” he said. “We need to partner with whatever is good to make that happen and that is what excites us, we need to invent a process to make this happen.”