In the latest of our series looking at media and marketing’s ‘frontier markets’, Jennifer Rigby describes how Western brands are slowly becoming part of life in Myanmar.

Glistening gold in the twilight, perched on a hilltop overlooking Yangon, Shwedagon Pagoda is the symbol of Myanmar and one of the most sacred Buddhist locations in the world.

It is also where Coca Cola began its marketing campaign when the brand re-entered the country in 2012.

“The product is a social drink in nature so the key consumer touchpoint we identified was the pagodas,” says Rommel Fuentebella, Coca Cola’s Myanmar marketing director.

“This is the equivalent of the social centre of everyone’s life, so then it is where we will try to provide the experience of an ice-cold Coca Cola for the first time.”

The Coca Cola team took their product to pagodas across the country and handed it out to consumers, from Buddhist monks to passing daytripper.

“It’s a very dynamic market but the costs of entry – premises, licences, expats – are quite high”

It is not as incongruous as it sounds, and best to put all comparisons with churches, and Jesus throwing out the moneylenders, from your mind: pagodas have always been hubs of commercial activity in predominantly Buddhist Myanmar, and they hum throughout the day with colour and noise.

Myanmar was ruled by an oppressive military junta for decades and closed off from the world. After a nominally civilian government took over in 2011, the country began the slow and occasionally painful process of opening up. Landmark elections in November mark the next step.

“We are only going in the direction of more freedom and more opportunities,” says Andy Arnett, Managing Director of TODAY Ogilvy & Mather in Yangon, who says the country, with its 50-million plus population, represents a “fantastic” opportunity for business and marketing.

However, he cautions that it is not as easy as just rolling into town and setting up shop. “It’s a very dynamic market but the costs of entry – premises, licences, expats – are quite high and it’s a cheap market for media, so it’s more about building for the future,” he says. 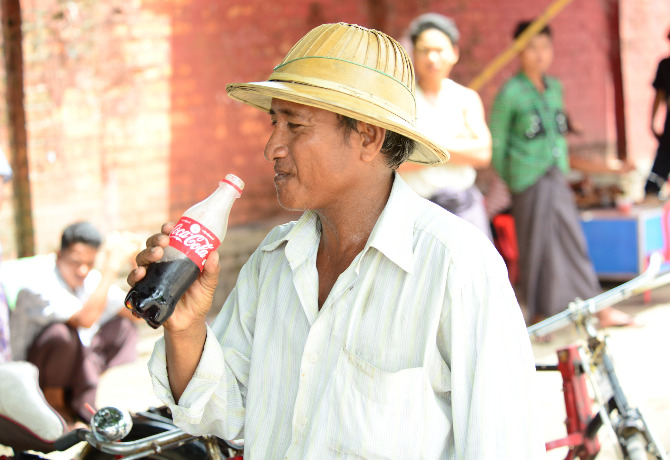 Return of the brands

Since 2012, the market has seen the arrival or return of a number of big brands, from Coca Cola to Unilever, KFC to Heineken.

Many were already in the country and then left either with the arrival of the junta or when the international community turned its back on the regime around twenty years ago. Ogilvy was the first international agency to arrive this time round, and remains the biggest presence, alongside some local full-service agencies. The major research companies are in town as well.

For those early adopters, and for locals, perhaps the most dramatic change in the last few years has been the rise of mobile phones and internet. Just five years ago, a SIM card cost up to $5,000 and was effectively off-limits. Now, after international players such as Telenor and Oredoo were allowed in, it has plummeted to $1.

Jason Copland, general manager at TNS Myanmar, says the change is huge. “I don’t think I can overstate the significance of mobile and how that’s impacting on everybody,” he says.

“I’ve been in villages and people pull a mobile phone out of the back of their longyi [Burmese traditional dress, widely worn] and taken a photo of me.”

For brands and marketing companies, as well as being a battleground in itself, the rise of mobile has provided a new marketing channel rather than traditional TV or face-to-face routes – at least when targeting young urbanites.

“Facebook is the only game in town at the moment on social media,” says Annett. But what a game: Ogilvy’s client KFC, which opened its first branch in Yangon this summer, has almost 250,000 followers and the team builds the brand with prompt, friendly responses to fans.

But Copland says there is more to be done. “There’s being on there and then there is what you do on there, brands are wrestling with that,” he says. 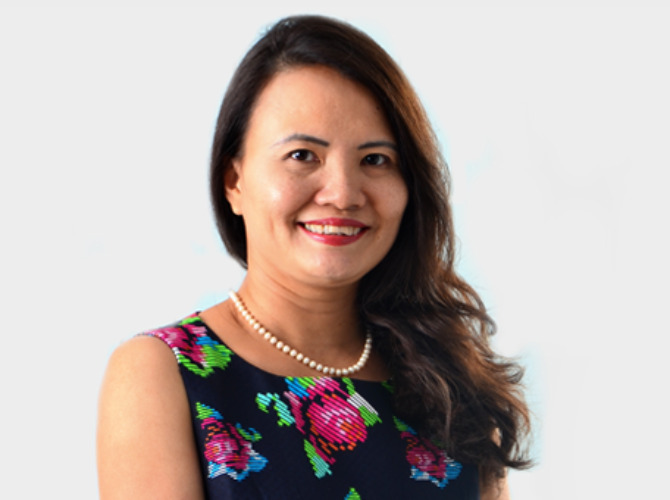 There is another note of caution about the brave digital future, and it is sounded by local industry veteran Aye Hnin Swe (known as Rose, pictured above) who set up Mango Group in Myanmar in 2004.

“When you look at the population here, 70% is rural, and a huge percentage are struggling for their daily life so they can’t spend much on buying top-up cards,” she says. “You can get radio almost anywhere and it doesn’t cost anything.”

Her point is important: Myanmar is still one of the poorest countries in the region and many survive on less than $1 a day. Rose adds that it is essential not to make the mistake of classifying the entire nation, which has myriad ethnicities and languages, as one homogenous group – particularly important in Myanmar, where some regions are still haunted by violent ethnic conflict.

“You have to know who you want to communicate with. Please do not tell us the target is 12-50 years old, rural and urban. Understand what is available in Myanmar and what media is important for what age group,” she says, pointing out that brands here are increasingly aware of the need for research in these fields – and willing to pay for it.

“If you have an advert that goes on TV, it has to go through two weeks of censorship. You just build that into your timings.”

One sector which is doing smart local work is the big breweries. The beer market is taking off in the country and the arrival of Carlsberg and Heineken, the third and fourth biggest brewers in the world, is a sign that locally-brewed Myanmar Beer is unlikely to keep its 80% market dominance.

“We want to be everywhere,” says Tan. The plan appears to be working: initially Heineken expected to be servicing the whole country but so far it has only launched in the major cities, Yangon and Mandalay, and “it is looking like they will drink up all our beer,” says Tan.

But before the champagne corks in the alcohol sector and beyond start popping, there are some caveats.

“There are rules, and we have to play by the rules,” says Ogilvy’s Annett. “If you have an advert that goes on TV, it has to go through two weeks of censorship. You just build that into your timings.”

He also says international companies need to abide by restrictions such as not working with companies or individuals subject to sanctions.

“We also self-govern – we do what is appropriate culturally and for our clients,” he says, joking that despite initial appearances, it is not actually law to have a celebrity endorsement on every advert.

From a moral standpoint, companies operating in Myanmar also try to abide by the guidance given by then-Secretary of State Hillary Clinton, who lifted sanctions in 2012 saying: “Invest in Burma, and do it responsibly; be an agent of positive change.”

For example, Heineken worked with the government on a major drink driving campaign before it sold a single bottle of beer in Myanmar. 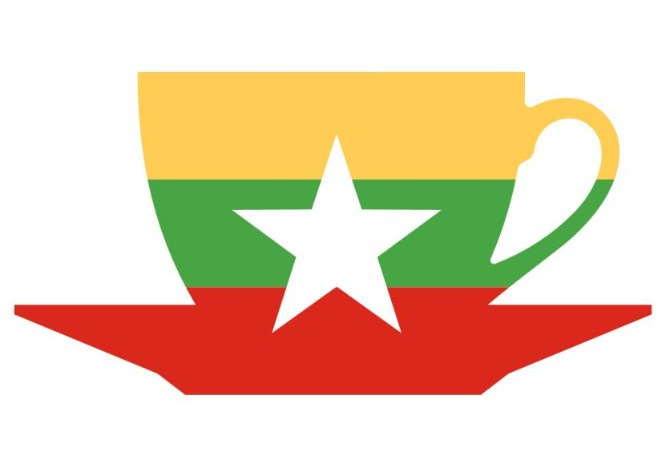 So what’s next? More major opportunities await in what Coca Cola’s Fuentebella calls a market in its infancy, and it can develop in all sorts of interesting ways.

The rise of local talent will play a huge role, as a new generation sees the opportunities available. Other sectors could boom too. At the moment, only between 1% to 5% of the country have bank accounts, but that has not stopped the rise of internet shopping. Shoppers just pay for their goods on delivery.

“The banks are going to get left behind, because Myanmar residents are happy with informal structures. You wouldn’t believe how much online shopping has taken off in the last 12 months,” says Copland – and read more TNS research here.

He says Myanmar people are hungry for growth.

“This is really about being able to stand eye to eye with their neighbours and say this is Myanmar, and we were the rice basket of Asia for a long time. I think there’s an impatience to get back to that top level,” he says.

There is some way to go yet, though. Everyone I speak to mentions infrastructure – from bad roads blocking access to rural areas, to the slow internet speeds. And as I speak to Coca Cola’s Fuentebella via Skype, the line cuts out. Moments later, he is back.

“Welcome to Myanmar,” he says.