M&M Global speaks to Raja Rajamannar, MasterCard’s chief marketing officer, about how digital is helping to deliver the brand’s experiential strategy as part of its updated ‘Priceless’ campaign. 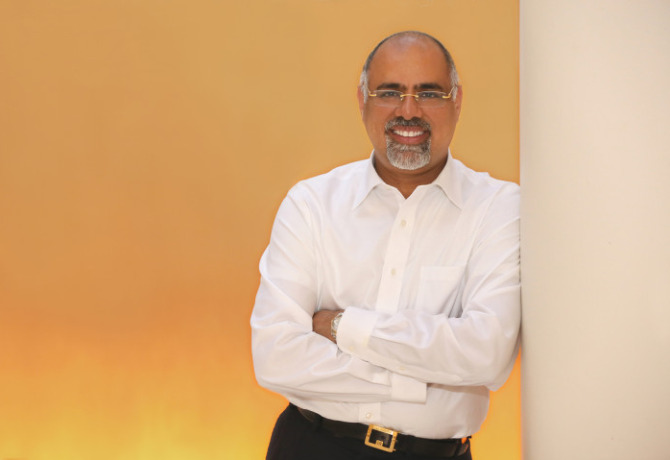 According to Raja Rajamannar, MasterCard’s chief marketing officer, there are four key factors driving accelerated digital change in the market.

The first is Moore’s Law – the observation that computer processing power is doubling every two years. The second is the affordability of available technology, and the third is the miniaturisation of tech.

The fourth catalyst, for a fully inclusive connected population, is the simplicity of the user interface, which has meant that young, old and everyone in between, according to Rajamannar, can immerse themselves more easily in today’s digital world.

“The challenge for marketers,” says Rajamannar, “is how can a brand reach this more connected consumer? Prime time no longer exists and our audience is watching three different screens at the same time.

“Do we show the same content across each screen? Do we tailor the messaging according to the device? Or do we do something completely different?

“At MasterCard, we’ve shifted our focus from consumer behaviour within the context of consumption to understanding what happens outside the sphere of consumption, which may better connect and influence future buying decisions.”

Rajamannar is referring to the brand’s prolonged experiential marketing strategy and its power to effect consumer behavioural change through positive emotions.

In the past two years, MasterCard has moved away from its previous ‘The Best Way to Pay’ brand strapline and, instead, focused its marketing aspirations on being seen as a lifestyle platform, and not just a card, through increased experiential activity.

“Today’s connected audience are more reachable in real time and content is instantly shareable, which should be a dream for all marketers”

“Today’s connected audience are more reachable in real time and content is instantly shareable, which should be a dream for all marketers. Technology is enabling us to offer more priceless experiences that help us to form a more valued connection between our brand and the consumer,” says Rajamannar.

The first to launch was Priceless Surprises, around last year’s Grammys in America. Initial activity by the brand ranged from offering fans of MasterCard brand ambassador Justin Timberlake free downloads of his latest track via Twitter, to a surprise appearance at a fan’s house by Timberlake himself.

“Since then, during the past 15 months, we have created more than a quarter of a million surprises and expanded the campaign into different regions around the world, leveraging music and sports stars and our 4,000 event sponsorships,” explains Rajamannar.

“Our aim is to give cardholders positive surprises in all 112 countries every single day of the year. It’s a huge challenge creatively because, when a surprise becomes predictable, you have to move it on.”

Priceless Cities experiences are now available in 45 cities around the world, accessed via the Priceless website. By the middle of 2016, Rajamannar says that he hopes to have increased the number of participating cities to an impressive 55.

“We need a lot of help so we’re constantly looking for partners who can bring these priceless experiences to life,” he says. “I invite anyone who has experience in this area to get in touch and help us to keep expanding our offer.”

Priceless Causes – the charitable fundraising mechanic – has so far raised more than $30 million for Stand Up for Cancer in the US, Russia and Canada, through the creation of unique experiences that people can bid for or buy online, such as dining on a table erected from a billboard in Times Square, New York.

Still to launch is Priceless Specials, which is expected to go live before the end of the year, although Rajamannar wouldn’t be drawn on a date.

Rajamannar does confirm though that the next stage of the Priceless campaign will reward cardholders with discounts, extras and freebies such as the ability to jump the queue at exclusive restaurants or receive a pamper experience when they use their MasterCard in-store.

“The connectivity of today’s world has made our Priceless campaign truly global,” Rajamannar concludes.

He adds: “We have tripled our digital investment in the last few years, but have married it with real-life face-to-face experiences that really matter to the consumer.”