The ultimate marker of success for a brand is when it becomes so culturally well received that it “belongs to consumers”, according to Maurice Lévy. 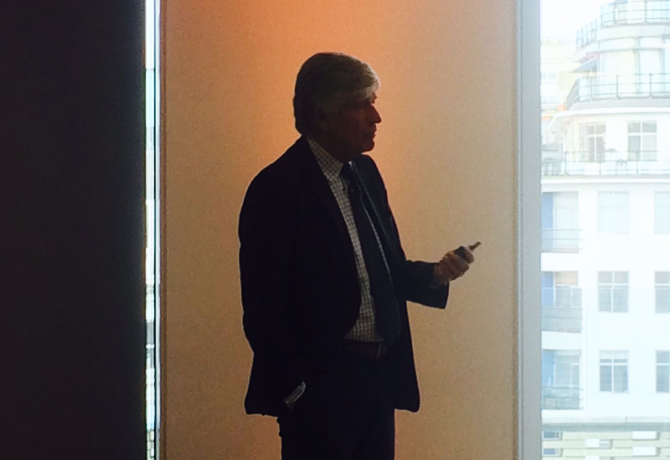 Publicis’ soon-to-depart chairman and chief executive addressed an audience at the Groupe’s London offices on 7 March to promote the second Viva Technology start-up event in Paris.

Lévy, who is due to hand over his crown to Publicis Communications boss Arthur Sadoun at the beginning of June, refused to discuss legacy, saying the term made him “start thinking about death and the end”.

“I don’t like thinking about the footprint,” he said. “When it comes to a brand, great success is when we lose ownership of a brand and it is owned by consumers – that is ultimate success.

“The day Viva Technology is owned by start-ups, that day, success will be there forever,” he continued, detailing that he aims to protect the event’s vibrancy and enthusiasm as a “place where anything can happen”.

“If it is expected, it is not interesting,” he added. “If life was only what you expected to happen, it’d be boring.”

Viva Technology, which Lévy described as “Cannes Lions, starting in Paris”, attracted 45,000 visitors including 6,000 chief executives, 250 investors and 5,000 start-ups in 2016. It was also attended by 5,000 students, looking for tips on how to make their first steps on the media career ladder.

Lévy said he was always fascinated to speak to young job seekers, learning more from the conversations than they do. “It’s almost a reward, to spend time and open your arms to young people looking for jobs, looking for direction, looking for new ways to find a future,” he added.

He described the importance of big corporations selecting start-ups that fit with their culture. “If there is something hugely complicated, it’s keeping the integrity,” Lévy said, adding that finding the right match was the responsibility of the big corporation.

Successful start-ups, in his opinion, have big dreams. “Start-ups with small dreams barely succeed,” he added, comparing the scale of Publicis founder Marcel Bleustein-Blanchet’s ambition, which he described as large, but with small, planned steps.

“Dreams without borders are immediately global and fearless; even if they realise only 10%, it’s fantastic.”

His advice to British entrepreneurs in a post-Brexit climate was to emphasise that the UK will remain part of Europe.

“It has been said that the continent is no longer isolated from the UK, thanks to the tunnel,” Lévy commented. “I think the collaboration, the ‘Europisation’ is much stronger than any barrier any political gain. It’s too bad the UK has decided to leave, too sad as I believe we need to get stronger together.

“I believe entrepreneurs can go everywhere and will find their way, Brexit or no Brexit.”

Talking about Viva Technology, he described the event’s niche as a combination of the best of CES and Davos, but devoted to the collaboration of large corporations and start-ups through four pillars – meetings between start-ups and large companies, an international stage of content, hundreds of panels and a start-up growth connection with investors and venture capitals.

As well as speakers like AOL’s Tim Armstrong, Alphabet’s Eric Schmidt and Alibaba’s Daniel Zhang, the event offers an open innovation platform for partners to post challenges to start-ups, plus a new international prize for the new business with the most innovative product.

“I believe we will become an ‘incontournable rendezvous’ (unavoidable meeting) for game changers, shapers and makers,” concluded Lévy.