Chris Ingram, the founder of the first modern media agency, reveals his frustrations with contemporary ad-land, and explains his enduring passion for small business. 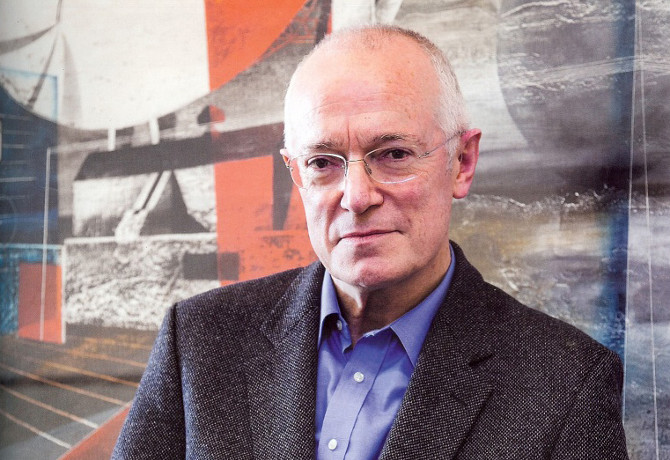 The media industry is in a constant state of flux – a non-stop Helter Skelter of crashes, bangs and walloping wondrous innovations that rise and fall with the passing of the years.

So it is quite something to encounter a man who joined his first advertising agency as a 16 year-old messenger boy in 1960, when commercial television had scarcely progressed beyond its first tentative baby steps, and when The Beatles were but a twinkle in John’s and Paul’s eyes.

Put simply, few individuals have done more to influence and shape the development of international media than Chris Ingram.

Known variously as the ‘grandfather’ and ‘godfather’ of media, he is widely credited with having created the first modern media agency in 1972 – in the form of TMD – before establishing his greatest triumph, Chris Ingram Associates, in 1976. Ingram built CIA into a 67-office international network, employing thousands, before it was finally acquired by WPP in 2001 in a controversial £430m deal.

His is a legacy that spreads far and wide beyond the ‘C’ in MEC. So one might expect a conversation with Ingram, now well into his sixth decade in business, to take a reflective, even nostalgic turn. Not so.

Arriving at Ingram Enterprise’s small offices on Margaret Street in London’s West End, Ingram is a bundle of energy, enthusing over a range of projects that continue to occupy his time – from business investments to charitable engagements, and from his famed art collection to his love of Woking FC, a semi-professional English football club.

The primary motivation for the meeting with M&M Global is Ingram’s low-key return to the world of media, in the form of his investment and executive chairmanship of Vitesse Media, a UK-based business-to-business publisher.

With titles including Information Age and What Investment, Ingram himself describes it as a “tiny public business with a record of losses”. He took a 26% stake and joined in a permanent capacity in February, and has since overseen a rapid expansion of Vitesse’s events offering, which he believes augurs well for the future of the company.

“If the issues were sorted, there was an interesting business there. Even a negative person would say they’ve got a growing events business, and they’ve got some good media brands,” says Ingram.

“The events business is really beautiful old-fashioned – everybody pays up front, and, having come out of ad-land, I’m thinking ‘This is extraordinary!’” he jokes.

“I never thought in my life I’d be a mentor, but that is one of the benefits of being older”

Vitesse is one of 12 investments in Ingram’s portfolio, split between London and New York, and the only “turnaround” project among a list of firms in sectors as diverse as sport, media, fashion, energy and HR. Only a few weeks previously, Ingram found himself out in Kenya working on micro-finance project for a community bank.

To the uneducated eye, there appears to be very little linking the investments. Ingram does not appear to be seeking ultra-sexy, unicorns-in-waiting – in fact, he admits that one company finds itself in deep trouble and is “about to go broke”, opening up a slot for another project. Rather than looking in the business plan for some secret recipe, Ingram says he is more concerned with the people behind the ventures themselves.

“The thing that is common to all of those, and what doesn’t change no matter how much technology or data you use, is the people – their skills, motivations. That is what I suss out. It is a leadership and motivation thing. I invest, I advise, and I often mentor. I never thought in my life I’d be a mentor, but that is one of the benefits of being older,” he says.

Still, a more burning question remains: why? Ingram has earned his millions and left his mark. Yet, while almost all his contemporaries are relaxing on the beach or on the golf course, he continues to pull on a suit and fill his day with work. “I’ve morphed into that horrible phrase, the philanthropist, I suppose,” he muses.

Ingram is well known for his keen interest in the art world. His collection of 680 pieces of modern British art is the largest in private ownership made publicly accessible, and he says he still feels “joy” at lending the pieces to be displayed in exhibitions and galleries across the country.

Having witnessed his first game at the age of 11, Ingram also remains closely entwined with fortunes of his home-town football club Woking. Though the “official answer” is that he retains no active involvement in the running of the club – and claims to have “cut the emotional ties” – he remains its landlord as owner of its stadium.

Moreover, Ingram says he continues to get a kick out of helping small businesses to fulfil their potential. He speaks glowingly of his commitments to the Prince’s Trust, a UK charity dedicated to helping young people, and his amusement at being cross-examined by would-be entrepreneurs from some of London’s most deprived neighbourhoods.

“The point is, with small businesses, you can see the difference you make,” he says.

In comparison, and having made a huge difference to the media model as we know it, Ingram expresses a sense of disappointment at how agencies have responded to the opportunity presented by digital technology and data.

Citing Lord Leverhulme’s well-worn puzzlement over which half of his marketing budget is delivering results, Ingram is perplexed at the lack of progress that has been made in the field of measurement.

“I really thought that the whole digital thing would crack it, but when I look at how it is being used – that all this data, for instance, is ending up more being used in promotions online – that’s not what it’s supposed to be about. That has surprised and disappointed me,” he says.

He is also frustrated that media agencies have not made more of the opportunity to seize supremacy in the battle to be clients’ most trusted partner in the pursuit of business performance and profit.

“You look at all that stuff going on and not a lot of it is about selling you more product. I find that a pity”

“Media people suddenly had their hands on the levers of power. I’m assured that nothing has changed, and that is sad. All that work, but you look at all that stuff going on and not a lot of it is about selling you more product. I find that a pity,” says Ingram.

That said, he does express sympathy with today’s agency folk, and the complexity they must deal with to plot the optimal media investment plan for their clients.

“To be fair, I was lucky as I came out about the right time. In 2000, the year before we sold, I could be full-time strategist for CIA and Tempus and have a really good grasp of every marketing service going, and what my business needed to do. Years of experience, maybe a good nose and detecting the rhythms in the business – but I wouldn’t pretend for one moment, even if I was in it full time, [that the same would be true today],” he says.

“So I wouldn’t lay the blame at the agencies’ doors at all.”

Despite this ounce of sympathy for his strategy successors, Ingram questions whether the agency model as it stands is optimal for anyone bar the largest of international clients – and is withering in his assessment of the fruits of such large-scale organisations working together (“They deserve each other,” he quips).

Discussing the botched merger between Publicis Groupe and Omnicom in 2013, he bemoans the fact that “no effort” was made to outline a client benefit from such a deal: “I think you could have argued for several years now that the business model [for agencies] is the financial model for the holding companies. You trawl through those press releases [about Publicis and Omnicom], and there is nothing about client benefit. It is called marketing services – and it wasn’t about that.

“The market has changed so much, are media agencies the best solution? The financial holding companies are pretty secure. But if you ask if this is the right model for clients these days, there is a big question mark. From the outside, it looks like it’s lost its purpose,” he says.

Despite these gripes, it would be wrong to describe Ingram as bitter or pessimistic. He is quick to point out that the internet has enabled a world “full of commercial opportunities like never before”, and he claims there is a “new model” for agencies ready to take the industry forward into the future. “But I don’t spend my whole time occupied thinking about it!”

He is at his most animated when discussing the fortunes of small businesses, both those he has invested in and the wider ecosystem. “I’m in the ‘small is beautiful’ camp,” he smiles.

Ingram is also unconcerned by the great geo-political earthquakes delivered in 2016. While acknowledging the UK and European economy may “suffer in the short term” – and admitting he went through his investments to ascertain potential exposure to Brexit – he remains adamant that small businesses can “make their own luck”, even in a downturn.

With that, he is off for another spin on the Helter Skelter of media, business and life. This grandfather of industry is in no mood to stop the clocks and slow down.