Microsoft corporate vice president for global advertising and media Kathleen Hall caught up with M&M Global on the Bing yacht in Cannes to discuss her trepidation about VR and the diversity debate. 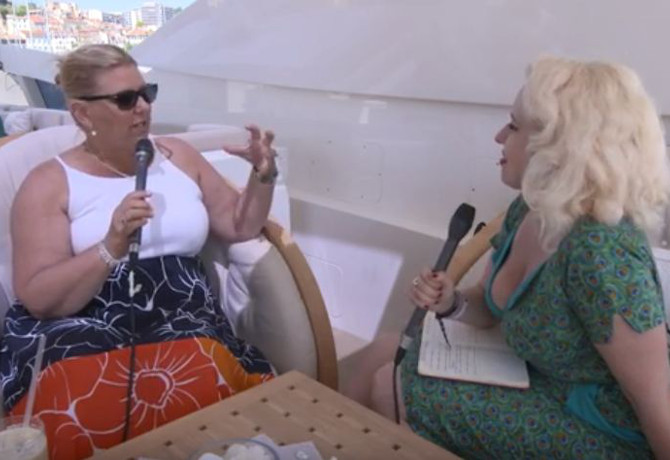 “When you open anything by saying ‘it’s great to be on the yacht today’ and ‘Cannes’, what can you complain about?” begins Hall, discussing the integration of data companies to the festival.

Hall lived through the transition from full service to specialist agencies, and can remember the days of planning, data and insights sitting together under one roof. Since then, the departments have diverged – but she feels like they are in the process of rejoining each other.

“It’s the intersection of the three that’s going to be amazing so it’s sort of by necessity coming back together which I think is a good thing.”

The festival is buzzing about VR, which Hall says is popular due to the level of immersion and focus the medium offers, allowing a phenomenal opportunity to creative.

“You react, you engage, you feel,” she adds. “We always had sight, sound and motion, now we have emotion and maybe sense.”

However, her primary concern is that it could lead to a reduction in mental creativity.

Concerns aside, Hall thinks the VR focus will continue at next year’s event, which is a welcome relief for her from the previous year’s focus on data.

Having been in the industry for over three decades, Hall has seen “very slow and inappropriate growth and change” around diversity. However, she feels there has been a recent acceleration around inclusion.

According to The Economist, 3% female representation in the ad industry has now increased to 11%, with Hall witnessing a 9% shift over the last year just in her agency team, most importantly, at senior levels.

“We can actually say to our agencies and partners ‘you have to do this for us’ and they want to for the most part. When I go to a shoot and I see a bunch of young, up-and-coming African-American or Hispanic women it’s so rewarding.”

Hall has recently focussed on the low numbers of women graduating in maths, science and engineering universities.

“Somewhere around middle school girls start to think that science isn’t cool,” she says, referencing that 70% of girls love science in the primary grades yet only 20% go on to graduate in the field.

A project this year focussed on young women being asked to name inventors, with many struggling to name any females in the field.

“If you don’t have a role model to aspire to, you don’t think it’s possible.”

Hall also feels that ageism is a big concern, particularly as the population is aging.

“Fundamentally, our industry needs to represent the clients and customers,” she comments. “I am the old woman in the room sometimes but I think there’s healthy possibility there because I think there’s so much learning over time that older, more mature, more experienced people can offer.

“I also think the onus is on the more senior people who’ve been in the business longer to stay current,” she adds, crediting her 20 year-old twins with keeping her in touch with movie, fashion and music trends. “You’ve got to stay interested because we’re culturally based.”

Hall, who loves the musical focus of the festival, cites a Cannes highlight as seeing Sting in 2015. “I called my husband and said ‘you must start yoga right now!

“It’s getting to the point where I really pick and choose the parties because I don’t wake up as early as I used to and I’ve got a lot of 8ams!”