Mindshare and MediaCom scooped the most awards at this year’s Festival of Media APAC Awards in Singapore, taking home twelve and eleven respectively. 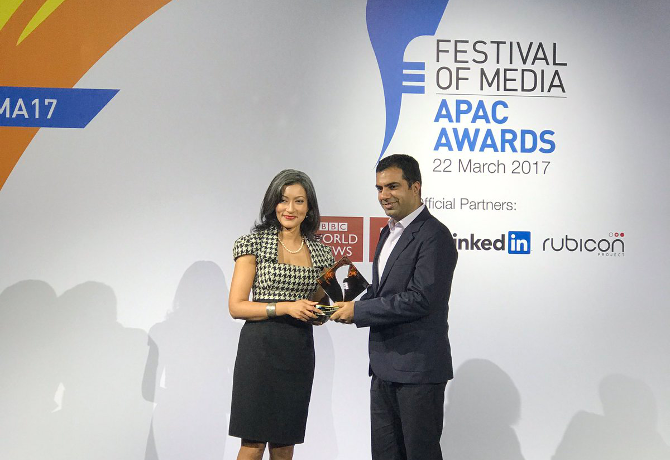 MediaCom won seven golds and four bronzes and Mindshare four golds, five silvers and three bronzes at the lavish ceremony held at the ParkRoyal in Pickering Hotel on 22 March, while UM took home four golds, four silvers and one bronze.

MediaCom India won the prestigious Campaign of the Year title for ‘Ariel Dads Share the Load – Men for Laundry!’ as well as Agency of the Year, while Mindshare kept the title of Agency Network of the Year for the APAC region.

In total there were entries from 20 countries, while the winners represented campaigns from across the region including golds from Australia, China, Indonesia, New Zealand, Singapore, India and the Philippines.

India topped the country rankings with seven golds, while Australia and New Zealand were second and third with five and four golds respectfully.

Key trends and insights represented in the submissions included a significant increase in e-commerce, m-commerce, CSR, content, social, mobile and events as part of campaigns from around the region.