The explosion of digital out-of-home advertising in Latin America is driving double-digit year-on-year revenue growth at Clear Channel, according to Aris De Juan, the company’s regional president for Latin America. 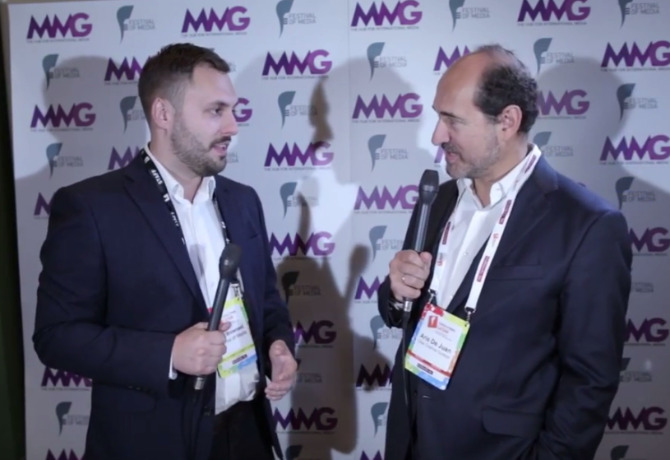 De Juan was speaking to M&M Global editor Alex Brownsell at the Festival of Media LatAm 2015, which took place last month in Miami.

The Clear Channel boss was clearly enthused about the ramifications of digital out-of-home for advertisers, saying that digital has a “relevance in LatAm at the moment which is more significant than in Europe”.

“I think LatAm is a fast growing region, and it’s fast growing because there’s a lot of room for growth, because it’s coming from behind,” he said. “There’s a middle class growing, a lot of infrastructure to be done. So it is going to continue growing.”

Digital out-of-home already commands a high-proportion of Clear Channel’s revenue, and it is forecast to continue growing.

“In Mexico, 75% of our revenue comes from digital, in Chile it will be more than 55%,” De Juan said. “So we are really investing and are true believers in digital out-of-home.

“Why? Because digital out-of-home is social, connected, global, it’s interactive. So it has all these attributes that traditional out-of-home doesn’t have. It brings it to a new era and we’re seeing double-digit growth year after year in digital our-of-home.”

“In terms of media, the Europe and the rest of the world has a legacy and LatAm doesn’t have a legacy. So what we are observing is that in our business LatAm is going from traditional paper to digital out-of-home so fast.”