M&M Global readers were asked to name the individuals that they consider most influential in the world of international media and marketing. 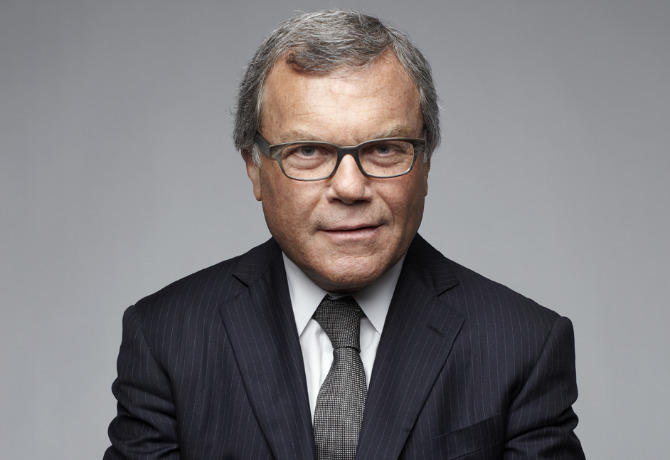 Over 100 readers from across the client, agency, vendor and technology spectrum shared their opinion, from markets as diverse as Argentina, Australia, South Korea, France, the US and the United Arab Emirates.

A remarkable spread of over 70 names were put forward, from well-known media moguls, CMOs and agency executive, to high-profile public figures such as Barack Obama, Kim Kardashian and Oprah Winfrey.

Here is who made it into your top 10: 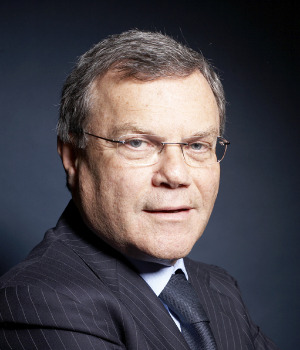 “My Mum would have been very proud,” quipped Sir Martin Sorrell upon hearing news of his success in M&M Global’s influencer poll. And he has every right to feel cheery.

In an industry bursting with celebrated personalities, the 70 year-old Englishman swept all others aside, not to mention leaving rivals like Publicis Groupe’s Maurice Levy (seventh in our list, see below) and Omnicom Group’s John Wren trailing in his wake.

Sorrell has become the spokesman for our industry, and the face of the business of advertising. Analysts obsess over his annual pay packet (a cool $65m last year), while interviewers demand his opinion on every major development in international media and politics.

His WPP empire – now into its thirtieth year – continues to grow, with revenues up nearly 7% to £5.8bn ($8.8bn) in the first half of the year, despite international currency “headwinds” and concerns over the Chinese economy.

The sight of Sorrell in shorts, T-shirt and sunglasses, announcing the network’s Truffle Pig joint-venture with Snapchat and Daily Mail, was a defining image of this year’s Cannes Lions Festival – and proof of his enduring ability to make headlines throughout the world.

It would take a brave man to bet against Sorrell topping the list in 12 months’ time. 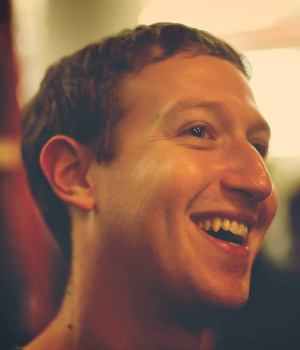 Last month, Mark Zuckerberg triumphantly proclaimed that, for the first time, one billion people across the world used Facebook on a single day. Few, if any, members of the Silicon Valley clan have done more to change media and the wider world.

It is easy to take the runaway success of Facebook (M&M Global’s International Media Brand of the Year) for granted, but its dominant share of the burgeoning mobile market was not preordained, and the importance of Zuckerberg’s “mobile-first” pivot three years ago cannot be underestimated.

With an estimated personal wealth of $41.2bn, the Harvard drop-out is also one of the world’s richest individuals. His status as foremost among his generation’s US industrialists is assured. 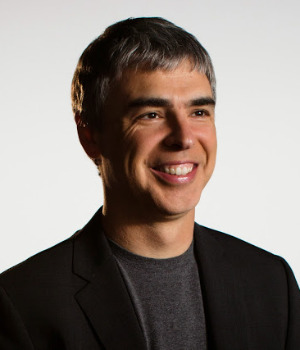 One of the few elements of clarity to emerge from this summer’s Google restructure is the scale of new Alphabet chief executive Larry Page’s ambition. It is an ambition that can no longer be fulfilled exclusively through Google, still rooted in digital media, exemplified by the unsuccessful launch of Google Glass.

Page wants to build a conglomerate equally capable of redefining transport, with self-driving cars, as it is dominating the global media landscape. But you can bet, whatever his next major ‘moonshot’ may be, it will have a profound impact for brands and publishers everywhere. 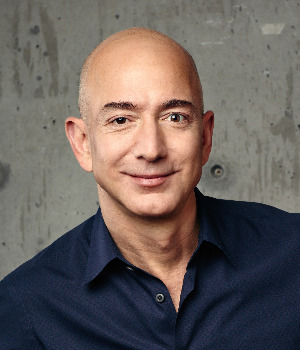 Almost certainly the most divisive figure in our top 10, Amazon.com’s Jeff Bezos spent much of the past month in the news defending his company after a damning report in The New York Times.

It painted the picture of a heartless, intolerant and aggressive organisation to work for – allegations Bezos refutes, but adjectives certainly in-keeping with Amazon’s ruthless approach to its competition.

From delivery drones to its growing original content operation, Bezos’ Amazon has been instrumental to fundamentally changing the rules of engagement with consumers. Expect him to continue to ruffle feathers aplenty. 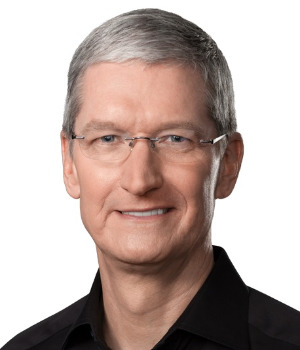 Tim Cook is no Steve Jobs; that much is clear. But what was previously an insult is taking on complimentary tones, as the business world warms to Cook’s more understated character.

Cook has had a very successful year. In its opening weekend, the iPhone 6 smashed all previous Apple records, selling 10 million smartphones in just three days. He oversaw the launch of the first post-Jobs new product line, Apple Watch, and rolled out Apple Music in the wake of the $3bn acquisition of Beats Electronics.

And one of Cook’s biggest moves to date was a personal one – becoming the first openly gay CEO in the Fortune 500, a bold move revealing the courageous streak behind the friendly demeanour. 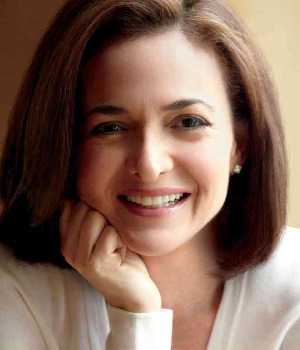 Sheryl Sandberg is the second Facebook executive to make our top 10, but – regrettably – the only female. Though votes were cast for fellow trailblazers Arianna Huffington and Marissa Mayer, the need for more successful women in media and marketing remains as acute as ever.

The ‘Lean In’ author has endured tragedy this year, following the untimely death of husband Dave Goldberg, but returned to work with an emotional Facebook post and remains an icon for women aspiring to success in technology.

Sandberg is ranked eighth in the Forbes list of the World’s Most Powerful Women, and remains a key voice in the pursuit of workplace diversity. 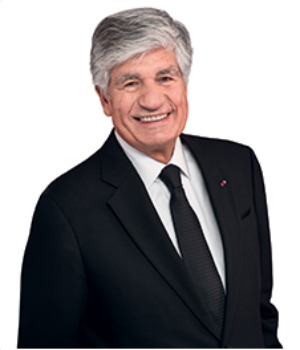 After something of an annus horribilis in 2014, with the failed merger with rival Omnicom, Publicis Groupe chief executive Maurice Levy dusted himself off and went shopping.

His key ambition is to boost the group’s digital revenues, something the $3.7bn acquisition of digital consultancy group Sapient will help to facilitate.

The Frenchman is expected to retire from the company by 2020, and has assembled a new management team to oversee the transition. But only a fool would expect Levy to quietly fade into the background without the odd firework, and flash of the chequebook, over the coming years. 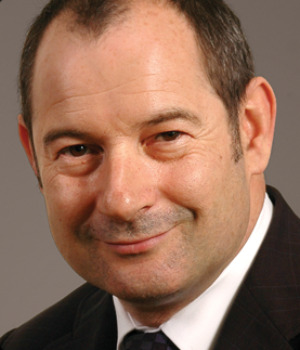 A surprise inclusion. GroupM’s digital guru Rob Norman may not share the same level of renown as his chief executive Irwin Gotlieb, but peers across international marketing and media listen closely to what the does have to say.

Norman believes the future of advertising lies at the “intersection of creativity, data, media and technology”, a philosophy reflected in the recent global ad deal between GroupM and BuzzFeed. 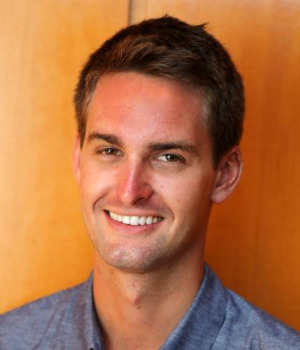 Those journalists bored by Mark Zuckerberg’s lack of swagger have enjoyed the arrival of Evan Spiegel, the co-founder of ephemeral messaging app Snapchat.

At only 25 years old, he has already shaken up digital media through the pioneering use of vertical video, upset legions with a string of sexist emails leaked by gossip websites. The presence supermodel girlfriend Miranda Kerr only adds to the lustre.

The unmissable presence of giant Snapchat logos at this year’s Cannes Lions Festival reveals an entrepreneur ready to make money from his creation. The coming 12 months will certainly be interesting. 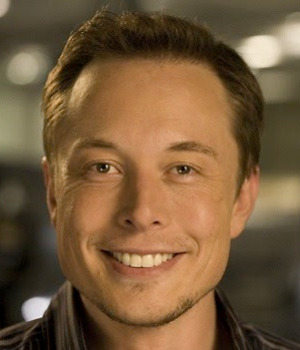 Elon Musk has plenty of admirers. As chief executive of electric car company Tesla Motors, he is a pin-up for those pining for a higher-tech, lower-emission future for personal transportation. And, despite recent failures, Musk’s fledging SpaceX company is at the leading edge of space exploration technology development.

Musk enjoys a mighty social media presence – he has over 2.5 million followers on Twitter – which provides ideal amplification for his ventures. The recent announcement that Tesla’s ‘affordable’ Model 3 car will begin production in 2017 was shared thousands of times. Things may not always go to plan, but Musk’s influence should not be underestimated.