There’s less than a week until this year’s MTV EMA event in Rotterdam, and as always, innovation is key with regard to integrations in Viacom’s ongoing effort to bring the audience closer to the show than ever. However, this year the focus for a lot of the action lies behind the curtain… 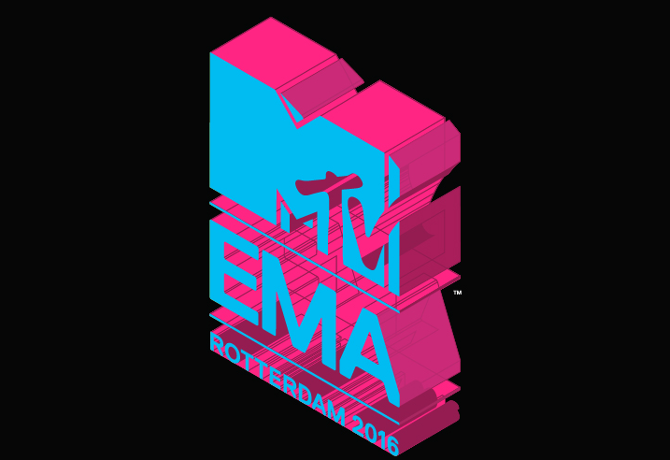 Building on previous events, the media owner has attempted to increase social media interaction and use influencers in more meaningful ways, with digital stars featuring as red carpet correspondents in an attempt to provide fans with new perspectives to immerse themselves in the show.

MTV VJ Becca Dudley will host the official backstage show, streamed on mtvema.com and Facebook Live featuring interviews with the talent. Additionally, there will be live coverage through the MTV EMA Snapchat Live Story, exclusive content on Twitter and the MTV International Snapchat Discover channel.

“We’ve got very specific activations through different influencers for different platforms,” comments head of Viacom Velocity International and executive vice president Viacom International Media Networks Philip O’Ferrall, describing how influencers are selected based on the platforms on which they are best known to provide a “favoured editorial narrative” that “people are going to resonate around”. The audience will also be populated with bloggers and vloggers.

The EMAs will be the first award show to launch a Facebook Messenger interactive bot which fans can interact with allowing them to ask questions relating to the show, and access live updated GIFs.

“I think, as a category, using automated activation is not particularly ground breaking or new. I I think doing it in a really entertaining way, hoping to entertain as well as just use it as a utility, is where we hope it will be a fun experience for our user,”O’Ferrall adds.

Following last year’s live stream, the VR has also evolved with cameras placed in the main show, allowing fans from around the world the opportunity to choose where to look if they access the facility via the official app whilst wearing a cardboard viewer.

Another first will see the show live streamed on the MTV Play app across 25 markets, having launched in Latin America six months ago. As a further activity, fans will also get the opportunity to have their social video posts featured on air via MTV’s social-to-linear initiative #MTVBump, which means videos can be aired in less than two hours.

O’Ferrall feels that the key to progression is getting more people using the technology by making sure it’s readily available for viewers, users and fans to use.

Although Twitter co-founder and chief executive officer Jack Dorsey often describes the platform’s USP as its coverage of live events, O’Ferrall says that other social media do very specific jobs and it is important to have a multi-platform strategy.

“Twitter does help people talk about the show – pre, during and post,” he comments. “You have to be on all the platforms because you may well start an entertainment journey on Twitter, and then you might transition across to Facebook, or you may have a more immersive experience on Snapchat.”

Several activations are happening backstage giving the audience the chance to have a lens into the lives of the talent that they wouldn’t generally get.

“Part of the DNA of MTV is to deliver moments that people thought they’d never see,” O’Ferrall says, comparing the new Évos sponsored Born Backstage initiative to the hit show Cribs which allowed viewers the chance to see the ‘backstage’ of a celebrity’s life. “It’s a great place for commercial activations to come to life in a really soft environment.”

The focus for international sponsor Évos is communicating what a high quality, high res product it has, as well as the product range.

Évos chief executive officer Nathan Whitman attributes the company’s decision to sponsor the event due to it being one of the largest music occasions of the year with impressive viewership across all platforms hotting the brands target audience.

“It made absolute sense to sign on as this year’s international sponsor,” he adds. “To tie a product offering great quality sound for music lovers to such a major music event is the dream scenario.”

“We have an ongoing commitment to help our consumers get as close as possible to the live music experience,” he adds. “MTV helps us deliver this with its calendar of global live music events and unique access to artists behind the scenes.”

The sponsorship has several elements aside from the backstage show being aired during ad breaks with Évos also putting its name behind the Best Live award, as part of a long-term partnership between the brands.

“This unique opportunity helps us to show how dedicated we are to Born Backstage and we aim to build a social media following that will allow us to deliver exclusive content in the future.”