Media industry experts offer their reaction to Verizon’s plans to merge AOL and Yahoo under a new brand, ‘Oath’. 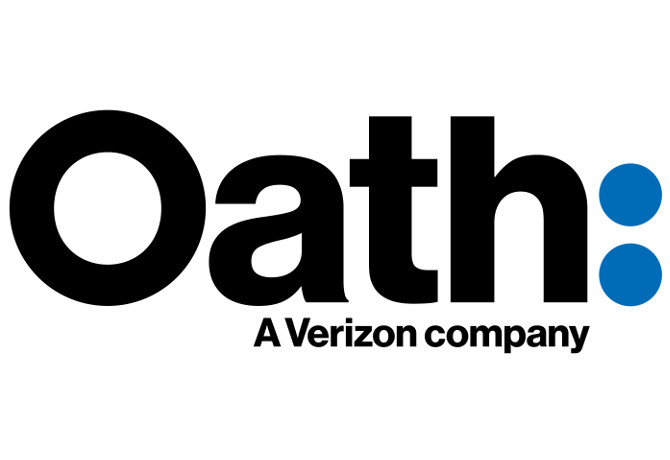 After months of protracted negotiations and seemingly endless speculation as to whether the deal would go ahead – not least following revelations of Yahoo’s historic data breaches – Oath, the new brand for the merged AOL/Yahoo business, has arrived in the public domain early.

“We planned to debut our new name for you this summer, but we’re here,” commented AOL chief marketing officer Allie Kline somewhat sulkily in an email communication to stakeholders.

Needless to say, such a lofty and solemn brand name has provoked a fair few mocking posts on social media. An Oath to whom, or what?

A press briefing document from AOL claimed that Oath would be “a values-led company”. It stated: “By definition, an Oath is a commitment. The name reflects who we are, what we stand for, and the promises we make to each other, our consumers, our customers and our partners.” Lofty stuff.

In any event, just as Alphabet remains hidden in the shadows behind Google, Verizon plans to retain and “deeply invest” in over 25 brands under the Oath umbrella – including AOL, Yahoo, The Huffington Post, Makers and Build Studios.

“Brands connect with people across devices and span digital to physical worlds,” AOL added in its statement.

The industry has increasingly complained of the consequences of a Facebook and Google ‘duopoly’, and is looking to the likes of Snapchat and Oath to offer a third major challenger. And, with a combined audience of over a billion consumers, Verizon’s new enterprise is likely to offer a serious proposition to advertisers and agencies.

According to Kevin Longhurst, head of trading and partnerships EMEA at IPG Mediabrands agency Magna Global, the creation of Oath is a “welcome addition” to a digital media market that has been “crying out” for another player to deliver premium scale, “underpinned by rich deterministic data”.

“The key challenge for Oath will be to build a data strategy that bridges the significant gap between themselves, Google and Facebook,” he adds. “Google and Facebook are light years ahead of the rest of the market in terms of their targeting capabilities, and Oath will need to play catch up quickly.”

Ana Pak, digital strategy and innovation director at Vizeum Global, is also enthused by the potential for “great things to come”, and is not overly concerned with the “mocking fenzy” which has overshadowed the upcoming merger of two “iconic” internet brands.

She argues that Oath can be a “real contender”, given the wealth of data it will possess: “If Oath is quick enough to integrate and innovate the timing couldn’t be better for them to become a real contender.

“The potential lies in its data. Yahoo alone has very diverse data, above and beyond even the bigger players in search, social, mobile/app, content, publishing and services. Combining the wealth of data with Verizon and AOL’s presents a real opportunity to create a unique view of consumers and monetise it.”

However, the organisation must find a way to overcome the indecision and absence of strategic focus which has afflicted both AOL and Yahoo, she adds.

“Oath’s biggest challenge will be the lack of agility, focus, and flexibility, something that has plagued both of these companies’ histories, and something simply taking an ‘Oath’ won’t automatically fix.”