OMD is celebrating a hugely successful evening at this year’s Festival of Media LatAm Awards, picking up both the Agency of the Year and Agency Network of the Year prizes. 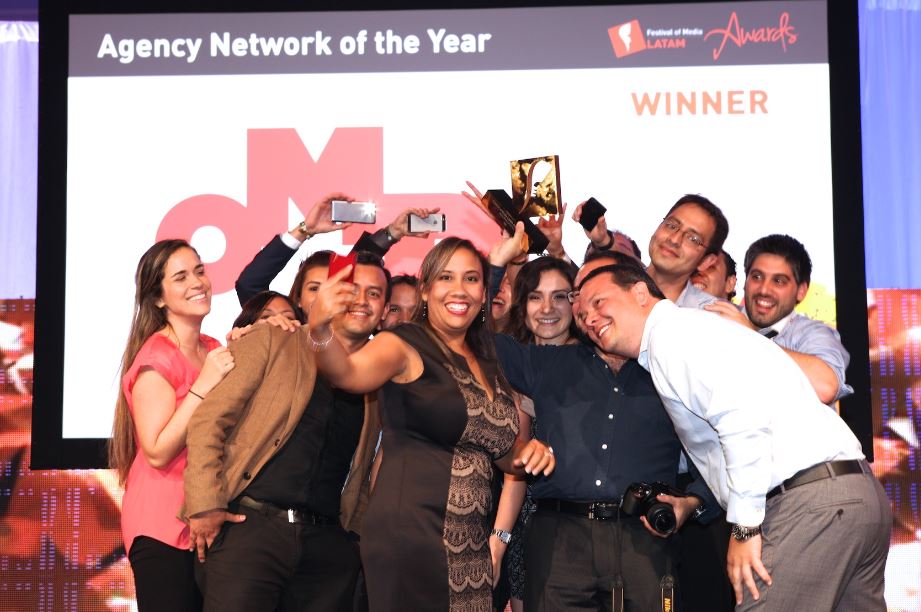 The Omnicom agency triumphed earlier this year at the Festival of Media Global Awards, being named Agency Network of the Year at the ceremony in Rome.

On this occasion, OMD was able to go one step further, walking away with the top two agency awards at a lively evening in The Ritz-Carlton Key Biscayne, Miami.

As well as picking up Agency Network of the Year for its consistently strong performance across categories, was named Agency of the Year for success across three campaigns: ‘Magic Lens’ for Santa Lucía Lottery, ‘March of Toys’ for Kasperle and ‘Shiny Lessons’ for Zapaterías Coban.

Media Owner of the Year went to Discovery Communications for its work across two campaigns for Carolina Herrera and Kellogg’s, while Clear Channel was highly commended on the back of its Samsung Gear S activity.

Mexico was the most successful market across the awards, accruing 10 wins, followed by Colombia with six, Guatemala and US with five and Brazil with four.

“We are really excited to reward the best work from the media industry in Latin America,” said Danielle Redwood, managing director for awards at C Squared.

“In particular, we are delighted to see the most impressive work to date in the Best Use of Mobile category, reflecting Latin Americans’ unique affinity for the medium. The shortlisted campaigns were hugely successful in not just using mobile as an amplification tool, but specifically designed to succeed in mobile.

“Media owners have been given the opportunity to shine with the new Media Owner of the Year category. The shortlisted companies wowed the judges and showed that media owners can match the high level of work delivered by agencies.”