Mobile video has the potential to become the world’s preeminent media channel, according to Omnicom Digital chief executive Jonathan Nelson. 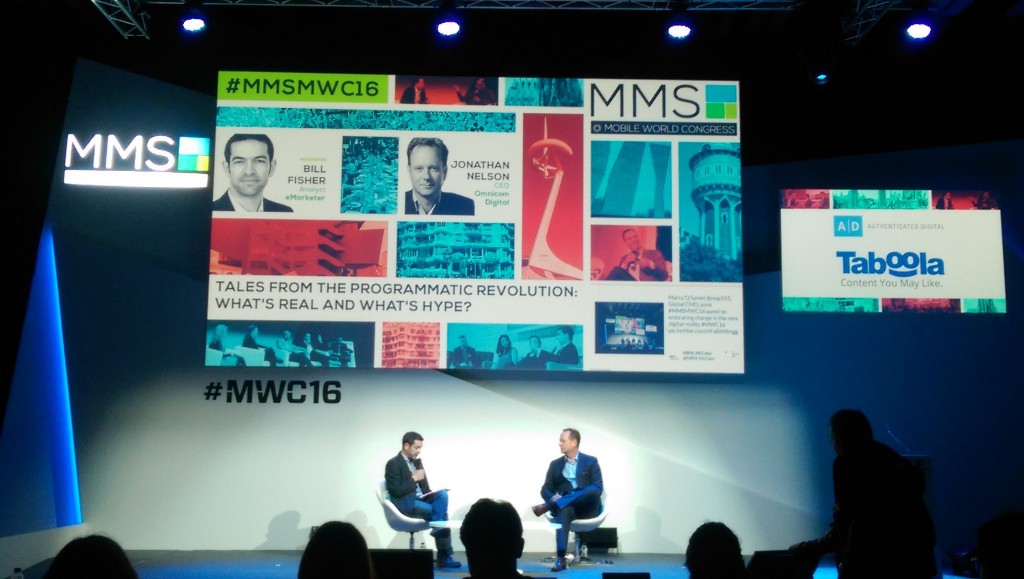 Speaking at yesterday’s (22 February) Mobile Media Summit at Mobile World Congress 2016 in Barcelona, Nelson argued that consumers are switching screens – and advertisers are likely to follow.

“Video is by far the most engaging medium. It’s also where a huge amount of TV ad dollars sit. The screen on your wall is being replaced by the screen in your pocket,” said Nelson.

Addressing a perception that brands are failing to move with sufficient speed, he added: “It takes a while to take root. You’re talking about money here, and we take investments seriously. Often with digital, the consumers lead first.

“Over time you watch the dollars flow – it was true of desktop in the 90s. In five years we’ll be sitting here asking why hasn’t the Internet of Things marketplace moved on?”

The session, moderated by eMarketer analyst Bill Fisher, asked Nelson to separate ‘real’ programmatic opportunities from the ‘hype’. He claimed that a momentous bout of consolidation is around the corner.

“When markets start, they start with lots of smart people innovating. But as the marketplace evolves, you see Darwinism and consolidation, and the bigger players like ourselves say, ‘Who is really adding value to the ecosystem’,” he said.

“But I believe there will be a lot of companies that will survive, and we will do business with each of them.”

And Nelson echoes the calls made by many, including Heineken’s global head of media Gregory Kukolj, that the current focus on data must be complemented with a greater appreciation for creativity.

“What has got lost is the human side of it, the creative side of it,” he said. “If you don’t have the right message, what is the point? I think there is going to be a creative revolution from agencies learning to connect all these things to reinforce the brand.

“That is the art and the science coming together to change marketing.”