Video content platform Copa90 is positioning itself as an alternative for scandal-wary advertisers wanting to connect with football fans around the globe, according to CEO Tom Thirlwall. 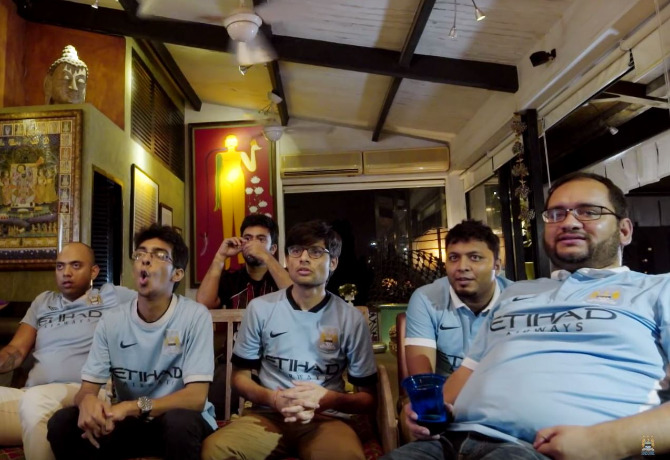 By online video standards, Bigballs Media is a veteran. The digital media company has been active for nearly a decade, and is one of only a few that can claim to have witnessed the “heady days” of the rise and fall of Bebo and MySpace, founder and chief executive Tom Thirlwall jokes.

Things started to get really interesting when, in 2012, it launched Copa90, a YouTube-funded channel catering to football fans across the globe. It has since acquired US rival KICKTV and forged a strategic partnership with Brazilian channel Desimpedidos, bolstering its YouTube subscriber base to over one million and its overall monthly audience to 3.2 million viewers.

Fresh from a £7m ($10.6m) capital investment from Liberty Global and e.ventures, Bigballs is ready to take Copa90 to the next level – namely positioning it as an innovative alternative to tournament sponsorship and TV advertising deals.

As an example, in October last year, Nissan partnered with Copa90 for a series of interactive videos (see below) celebrating travelling fans from clubs taking part in the UEFA Champions League, a tournament which the Japanese car marque sponsors.

Other advertisers to have collaborated with Bigballs include Etihad, Adidas and Hyundai, often beginning with a direct conversation with the client but subsequently incorporating agency teams.

Speaking to M&M Global, Thirlwall believes that, wary from the scandals to have engulfed football’s governing body FIFA, brands are ready to take an alternative approach to engaging with fans.

“Rather than see the concern [around FIFA], we see the opportunity. Brands are coming to us because they now realise there is another route to getting into football – the world’s biggest passion point – that doesn’t involve aligning themselves with a major tournament sponsorship,” says Thirlwall.

“We see brands coming to us, either not involved in football but would like to be, or even brands like Nissan involved in the Champions League but wanting to activate through the lens of fans. This is happening because of Nissan, but the story we are going to tell you is going to be meaningful and authentic.”

Rather than worry about the FIFA scandal, Thirlwall believes it is a “gift” which will provide content producers such as Copa90 with many stories to tell: “You have an industry – football – that has lived with an administration everyone knew was corrupt, being challenged and falling apart in front of us. At the heart of all that, you always felt we were the only people asking what this means for the fans.

“Many of those we talked to were very much of the view that this is just the tip of the iceberg of the downfall of the corrupt element of the game. A seam has been picked and now a lot will follow,” he adds.

One of the keys to Copa90’s success, argues Thirlwall, is its appreciation of the tastes of younger viewers. He is highly critical of broadcasters for failing to innovate, arguing the format of football programming – featuring an anchor and two pundits – has remained largely unchanged in 40 years.

Also vital, he believes, is Bigballs’ recognition that mobile is now pivotal to content consumption. If the 2014 World Cup in Brazil was a testing ground for content production and delivery, Thirlwall argues that the next global tournament – in Russia in 2018 – will be dominated by the use of mobile devices.

“Whereas mobile at the last World Cup was a tool that maybe supplemented the experience, by the next World Cup mobile will be the first platform that people are heading to,” he says.

“For us, it’s about being on every platform that matters for our audience”

“That will be the consistent and completely seamless experience that will keep you connected to World Cup 2018. We’re really excited that it is arguably going to be the first World Cup where stories off the pitch are going to overshadow stories on the pitch.”

The mobile-centricity is accompanied by a determined view that Copa90 is a “multi-platform media brand”, rather than simply a YouTube channel.

Thirlwall insists this does not mean it is drifting away from the platform which made it famous, claiming Bigballs’ relationship with YouTube remains a “very good and deep one”. However, its growing presence on rivals such as Facebook, Snapchat and Periscope is creating a broader ecosystem for fans to engage with its content “whenever is relevant”.

“For us, it’s about being on every platform that matters for our audience,” he adds

Expansion on the cards

With two years until the next World Cup, and this summer’s European Championship in France to refine its major tournament content plans, expansion is on the cards.

Bigballs plans to significantly boost the number of creatives and contributors from its current total of around 200 to an “army” numbering in the thousands, ready to offer a “completely unfiltered, fresh perspective” on the game.

As well as partnerships with a few major football clubs – including Manchester City FC (see below) and its sister-clubs in Melbourne, New York and Yokohama – Thirlwall expects plenty more tie-ups with advertisers attracted by its connection with supporter groups.

“We have money to do what we need to do, and to set course for the next big milestone for us, which is by the time a ball is kicked in Russia 2018, we will have built the largest, most influential football media business on planet Earth,” he says.

“That is the mark on the wall where we’re driving towards.”